News
Business
Movies
Sports
Cricket
Get Ahead
Money Tips
Shopping
Sign in  |  Create a Rediffmail account
Rediff.com  » Movies » 'I had to wear a lot of make-up for Bombay Velvet. That was a nightmare' 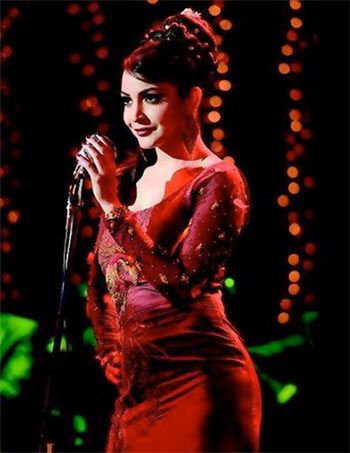 'I am glad I am getting to live my dream.'

Anushka Sharma, on a career-high, talks about her films.

She is only 27 and has already seen the highs of being a superstar.

"I am glad that I am getting to live my dream. I have been doing the kind of work I always wanted to do," Anushka Sharma tells us, in a promotional interview for her upcoming film, Bombay Velvet.

The PK actress is also tirelessly promoting her other summer release Dil Dhadakne Do.

Sonil Dedhia/ Rediff.com listens in as the actress talks about her big success in Bollywood.

PK was a blockbuster and was followed by the success of your first film as producer, NH10. Now you have two big films, Bombay Velvet and Dil Dhadakne Do releasing.

I am very excited because right from the beginning, I have been doing the kind of work I wanted to do.

I am glad I am getting to live my dream. I have always followed my instincts in selecting roles.

I pick the best from what I am offered. That's the reason I have done fewer films. I have been lucky to get these films but now, I am in a better position to make good choices.

In an earlier interview, you had mentioned that it wasn't easy making NH10. Was the film a big risk?

I never saw NH10 as a risk because -- you can call it my gut feeling -- I knew the film was going to work.

There was no fear of whether it will work or not. My only fear was that if it does not work, I will still make such films but it would mean that probably people are not ready to see such films.

I got what I expected from the film and will make another film soon.

The story-telling of Bombay Velvet is contemporary, but the setting is period. Is that difficult for an actor?

I was surprised when Anurag (Kashyap, the film’s director) offered me the film because this character is completely different from our normal life.

I am very upfront, but Rosie, my character in the film, isn’t. She expresses herself only through her songs.

I had to make people believe that I was the person actually singing those songs because Neeti Mohan (singer and music composer) has done such a fabulous job and I had to do complete justice to her.

I had to constantly improvise. It was difficult and a little draining, too, because here were no personal reservoirs I could use.

Also, I had to put on a lot of make-up to get into the look of the character, which was a nightmare for me.

Why was the make-up a nightmare for you?

I don’t have a lot of patience to sit and do my hair and make-up. After 45 minutes, I start fidgeting and become irritated.

It was a big challenge for my make-up team but they did a fabulous job.

Apart from that, there were so many intricate things like the costumes and the accessories that we had to take care of because Anurag and his team had done so much research about everything.

This film has taught me to be patient. I really loved my look in the film because even today ladies dress up like they did in the 1960s. We are just reinventing the old look. 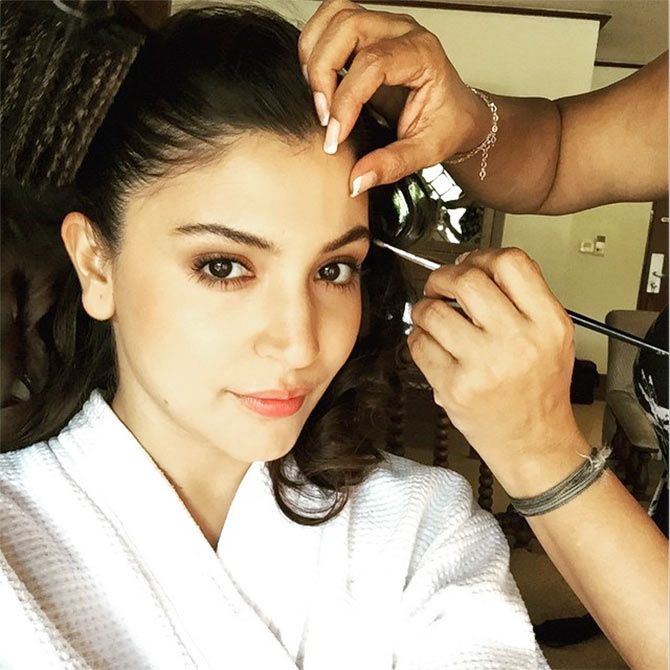 What went into the preparation of the character?

There were times when I had to judge how my character would react in certain situations.

I heard a lot of jazz music, which was big in India then -- the throaty, heavy songs.

I watched Whitney Houston and old musicals to see how singers sang or performed. The synergy had to be perfect and I had to be in complete sync with the times.

Anurag has referred to iconic Konkani jazz singers like the legendary Lorna Cordeiro. Did you meet her?

I didn’t get a chance to meet her but I did watch some of her videos online. In fact, Anurag has credited her in the film.

You recently met Waheeda Rehman, who played the iconic character of Rosie in Dev Anand’s Guide.

I really enjoyed talking to her. I saw a very strong point of view from her about the characters that she portrayed in her career.

She said that the character of Rosie in Guide was very progressive and ahead of its time. She did it because she wanted to do something different and challenging.

As an actor, that gave me a lot of inspiration and encouragement. She told me how she chose her films, and shared details about her life and approach to it.

In fact, she shared an exciting insight, that women in the 1960s would walk on Marine Drive (the popular promenade in South Mumbai) wearing fur coats in summer because they had bought the coats abroad and wanted to give them some fresh air so that the fur doesn’t wear off! 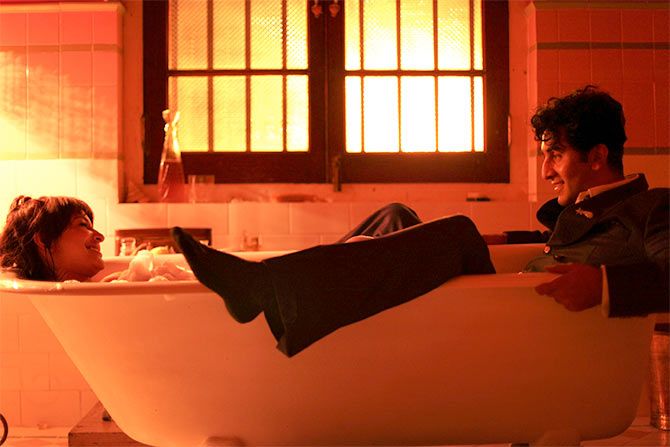 How do you look at competition?

Competition surely exists because everyone is competing for the best films or to play the best characters, but we all have respect for each other’s work.

As an industry, we want everyone to do well and help everyone grow.

Actors have realised that they can be extremely secure and do good work when everyone else is also doing good work. 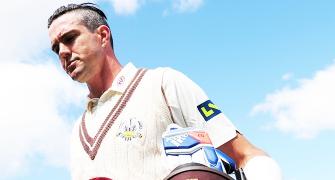 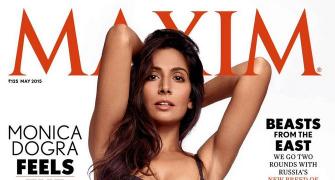 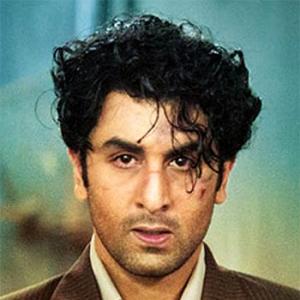 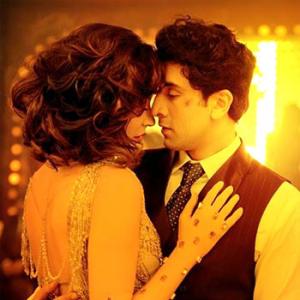