What makes Meel Patthar a MUST WATCH

Meel Patthar is, both by theme and design, a tragedy of inertia, observes Rohit Sathish Nair. 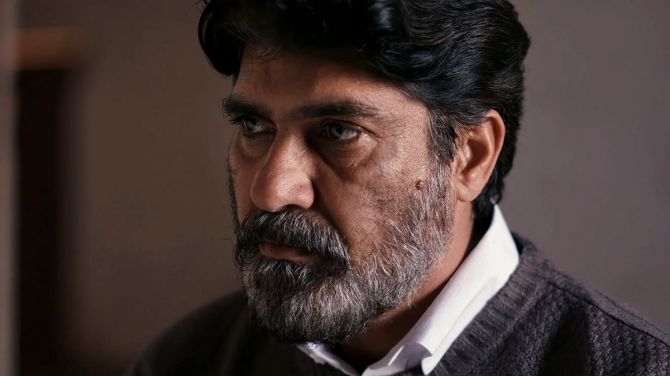 The pandemic isn't yet a major player (or rather, a visible player) in the events of Meel Patthar (Milestone), Ivan Ayr's second film (the nation-wide lockdown was announced right before commencement of post-production).

That said, it does hover over the film and its relatively hopeful climax like an impending 'anvil-from-above', lending it an extra impression of weight and shading. A hopeful climax it does have though, nonetheless.

By the end, the trucker protagonist Ghalib (whose name alone got a lot of critics to do cartwheels over and set out for metaphor mining), gets to keep his job (even if only for a short while), gets miraculously cured of the lumbago that was plaguing him right from the start of the movie, and is also relieved of the additional loading duties he had to do, thanks to a longstanding union strike falling through.

Even the harsh January winter that only sparingly let in rays of sun up to that point, gives way to a calming shower.

Ayr's debut film Soni had a somewhat upbeat ending too, but one that was to be punctured anyway by another persisting pandemic: that of sexual violence and misogyny (Not that the film left you particularly better-informed than before).

In both films, the turn towards optimism may have struck you as contrived, but you're also relieved that the characters have something to smile for and look forward to.

Sure, they don't submit to the glibbest form of cynicism, but Soni and Meel Patthar function at best only as muted wails, fatigued screams from a dry, hoarse throat.

Meel Patthar is, both by theme and design, a tragedy of inertia, one that suggests lachrymal glands gone dry after years of tears.

Ghalib's eyes seem to be holding on to that last bit of glaze.

At the same time, that glaze, along with a rather unkempt beard, seem to be leading his face, one that otherwise consists of gem-like eyes, a long nose and near-round mole, into amorphism.

If Paul Schrader once saw himself 'floating around in a box of iron, seemingly alone', Ghalib sticks to his big rolling box of metal, and all the more so after his estranged wife's suicide, to not remind himself of his loneliness.

The catch that comes, is that he is at risk of losing his metal box, one that he never owned but led to glory (500,000 km, the titular milestone) to a much younger employee, Pash (Lakshvir Saran), who also comes from a lineage of truckers.

Here too, as in Ayr's first, the rookie looks up to the veteran, and the latter still takes the former along in spite of misgivings and slip-ups.

Even so, when Ghalib mentions his old colleague's harsh dismissal, and Pash tries to appease him by lauding his selfless service, Ghalib resents the fact that praise for his work should include a certain erasure of his sense of self.

Ghalib seeks to maintain equilibrium in most interactions and relationships that he has, almost as a defense mechanism (which makes his disconnect with his wife all the more mysterious).

He seems to have the nicest words of consolation for most people: When his old, ailing colleague mentions that people don't listen anymore and that they're ignoring everyone like they do to roadside vendors, Ghalib says that when no one listens, even the loudmouths would go shut.

When his boss gripes about growing fines and police payoffs, Ghalib says that times good and bad, don't last too long.

On the other hand, he expresses anger rather economically, with his face creasing and regaining definition, and his nasolabial folds thickening.

His admonishments to Pash are rather clipped, though followed by mellower commands.

His response on being stirred up by a fight outside his flat, which turns out to be between his drunk, old colleague and his Kashmiri neighbours, is 'Is the damn building on fire?'

The film though, chooses to focus on his sadness and the void that has come to be in his life, and since Ghalib, by design, doesn't express sadness in the most obviously eloquent manner, Ayr's method is plunge us in relative emptiness, rather than show that the world and Ghalib have exhausted their surprises for each other.

Much has been said about his immersive 'one-takes with great aural depth', but most of those don't really result in submersion.

A lot of the footage feels like wasted frames though to be fair, the absence of cuts makes them go down easier than say, the excess frames in a Motwane production.

A few gulps of alcohol, an ordered-but-unseen glass of milk, a bunch of bananas gone bad, and a Punjabi song played on loop aside, we don't get too any glimpses of Ghalib's connect (or loss of connect) with base, worldly articles, and we also don't entirely get to see the survivor's instinct and coping mechanisms that helped him relocate from Saddam-era Kuwait and rebuild

As a result of all this, the film is a little limp on drama (which certainly needn't be an outlier to realistic cinema).

The only scene that holds some surprise, that plays on our knowledge of the characters and their histories, is a scene where Ghalib offers Pash a big chunk of his life savings in exchange for his old job. Even a later scene that ends on a slightly violent note, which has Pash making a ludicrous yet desperate offer in return, doesn't have the same charge.

Ivan Ayr and Chaitanya Tamhane have been cited as the new faces of Indian independent cinema, 'shunning the excess of mainstream Indian cinema, and using European tools and methods to access Indian realities like never before'.

Some also chose to extend that surface-level, slightly superficial observation by saying that their film-making styles are similar, only because they both avoid the razzmatazz of commercial cinema.

This isn't an entirely untrue statement, as both prefer long uncut shots, simple camera moves when not taking static shots, and both their sophomore efforts have closer, tighter shots. But when you look closer at both bodies of work, stark differences can be discerned.

Even in fleeting moments of Court and The Disciple, we see an effort to record very specific, distinct strains of behavior, to document life as it happens: A boy in the audience waving presumably to a friend during Narayan Kamble's performance, two policemen who catch up outside a municipal court, a contestant for a singing contest practicing and recording his efforts while seated, while another contestant chooses to pace around as he practices, a waiter who cross-checks about the right table before moving on to serve the ordered dish

Even within small spaces and short periods of time, he chooses to highlight the different degrees of behaviour, the paradoxes that exist, and the sudden harmonies that emerge too. His rather humble stock tool of a static wide shot, exists to fully serve his maximalism.

The camera in Ayr's films traverses assuredly and records fully, movement through layouts like flats, warehouses, and staircases. When it is mounted inside trucks and goes mobile and static from time to time, he does well to separate the frame into smaller ones, or use frames inside the frame, to show action. That said, he always keeps the number of elements in the frame to a few, which gives off a near finish and an air of relatively easy accomplishment.

The extras in most scenes (especially in two Panchayat scenes) don't get to do much, and they seem to exist only as inconsequential players.

It's telling though that the scenes where they seem to be the most lively are set in a dhaaba, a liquor store, a bank and a vehicle fire site. Even in these scenes, they don't register as anything more than monolithic crowds and ambience.

Something similar could be said about the sound design, which doesn't do a lot more than set a general sense of time and place.

This minimalistic, slightly Bressonian rigor to 'not do much with sound when the image does all the work (and vice versa)' does seem to put a curb on the medium's possibility to reveal (aspects of which even critics have misunderstood as a tendency to distract.

The film certainly isn't without details (like a photograph of a smiling monk and a sequined cloth bag, both hung in Ghalib's house).

If anything, it was these details, even if inert and tenuously connected, that critics picked up on to write reams and reams of their prefigured (even if true) theses with. But what the film needed was for these details to be 'Activated' -- much like how chess pieces need to be activated to exert control over the other squares of the board.

The peculiarities of the film's style extend to the material, where people who respond to their negative impulses look like curious subjects, rather than as people with discernible needs and wants.

Police officers are called dacoits, and even bloodsuckers, by the truckers.

Ghalib's sister-in-law, who holds a grudge against him and seeks compensation, gets too many similar close-ups that unfortunately, aren't particularly expressive of the unique sorrow and hurt she and her father hold.

Apartment residents quarrel with lift technicians and cylinder-wallahs, and these disputes don't do much other than either show them as less accommodating workers than Ghalib or suggest otherwise.

None of the participants in the quarrel seem to be looking for a solution, which would've been fine in another movie, but here it sums up an odd statement.

Most characters in the movie seem to live only in their frames and don't seem to have a continuing existence outside of it.

The characters that are less impacted by this issue are the employers, mostly because they remain constants for the most part. They even get to underplay their anger, as they apologise to Ghalib for the strike and the extra work he'd have to do because of it. Nonetheless, an exchange about the (capitalistic) passion of the Americans stays as just that.

As Ghalib though, Suvinder Vicky gets to hint at true reserves and gives a genuinely allusive performance, as opposed to the slightly arbitrarily suggestive nature of most elements of the film.

Being in almost every frame of the movie, he ties the disparate elements of the movie together and lends to it a certain cumulative nature. In a movie where the past seems to exist as a trove of all things good and nice, where the past is evoked mostly using dialogues that tend to be a variation of 'Back then...' or 'Back there', it is his performance, and his visage to be exact, which gives you an image of the past as fluid, tactile and multi-layered.

Meel Patthar is streaming on Netflix. 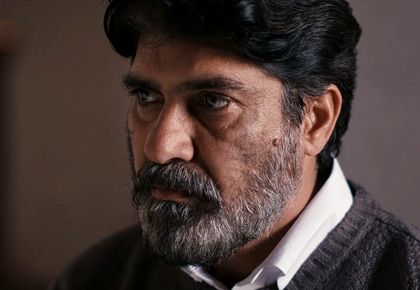