News
Business
Movies
Sports
Cricket
Get Ahead
Money Tips
Shopping
Sign in  |  Create a Rediffmail account
Rediff.com  » Movies » 'The scene in Bazaar is guaranteed to draw tears from stone'

'The scene in Bazaar is guaranteed to draw tears from stone'

'Suddenly, a deafening silence surrounds us. Broken occasionally by the sighs of those who admired this consummate actor, this splendid human being, and trying to grapple with the impermanence of mortal life' 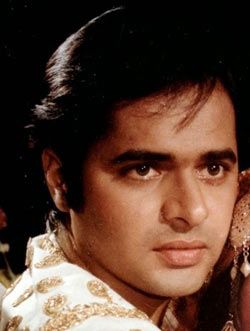 This is no obituary.

On the contrary, it is the celebration of an actor who decided to take an exit call long before his cue.

I cannot say with certainty that Farouque Shaikh was a personal friend.

At one time, he lived opposite my father's home on Mount Mary Road, Bandra.

Spontaneously, he played the good neighbour to the hilt. I would see him drop by, always impeccably dressed in Indian outfits, charming to a fault. He was a familiar sight those days until his family moved away to the suburbs and we lost touch.

It was in a Majma play that I first saw the actor's command over the stage. Breathtakingly handsome, he had a diction that is every actor's dream or envy.

For him, crossing the Rubicon from the stage to the screen was a matter of time.

Most actors on Mumbai's stage aspire to make the crossing, but how few do. Along with Naseeruddin Shah, Om Puri, all from the early Majma group, Farouque made it, with complete ease.

It was the parallel cinema makers, not Bollywood, who appreciated his true gift.

His talent blossomed in the fertile soil of parallel cinema. He did not always play the silly male romantic lead. More often, he was cast in roles that demanded a sensitive portrayal.

His part as the secret lover of Mir's luscious wife in Satyajit Ray's Shatranj Ke Khilari was hardly two scenes long. Yet it required an actor of his sophistication to play it. As the sly lover boy, courting his cousin's wife, he was superbly delightful in Shatranj.

From Ray, Sagar Sarhadi to Dibakar Banerjee, Farouque had ample opportunity to display his finely chiselled style, bringing great pathos to each character that he intelligently played. He took on roles that were intense and demanding.

One that comes to mind at once is his exquisite rendition of the betrayed lover in Sagar Sarhadi's Bazaar. The scene where he is shown to grovel for compassion from a man about to marry his beloved has few parallels in cinematic poignancy. It is guaranteed to draw tears from stone.

Every time I saw his name scroll past in film credits, I would sit up. With seamless ease he slipped into cameo roles from being a romantic lover boy. His fine repertory overflows with too many performances making it hard to select the best.

On the Indian stage, his longest running performance was in director Feroze Khan';s Tumhari Amrita where reading letters to his beloved, Farouque breathed life into an unseen era by his virtuoso rendition.

Hearing him speak was an exquisite experience, as if music is flowing from a finely tuned sarod.

Suddenly, a deafening silence surrounds us. Broken occasionally by the sighs of those who admired this consummate actor, this splendid human being, and trying to grapple with the impermanence of mortal life. 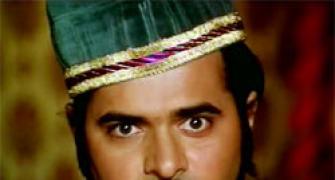 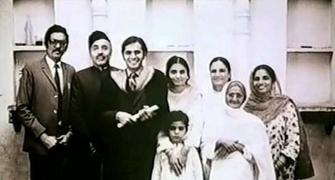 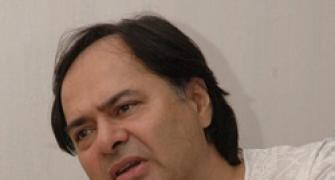 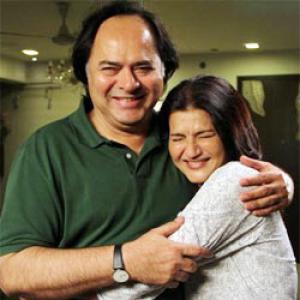 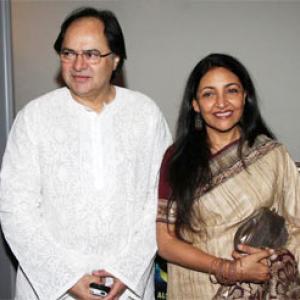