The Brilliance of Pran 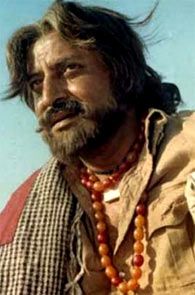 Millions of kids and young adults were terrified of Pran and believed him to be a villain in real life, writes Arthur J Pais, in his tribute to the legendary actor who passed away on July 12.

In her early hits, Guddi, Jaya Bhaduri who played the school girl crazy about Hindi films and the actor Dharmendra, visits a movie studio in Mumbai.

She is hoping to meet Dharmendra but first she stumbles on Pran. She recoils, she is scared to be anywhere near the most famous bad guy in films. He could be as dangerous as in real life as he is on screen, she thinks.

Guddi’s on screen experience with Pran was by no means an imagined episode.

I suspect millions of kids and young adults like Guddi and my own self were terrified of Pran and believed him to be a villain in real life!

There were no shortage of screen villains in the 1960s but how many of them had the kind of gentle menace Pran had, and how many had an opportunity to be challenged by the likes of Dilip Kumar, Raj Kapoor, Dev Anand, Ashok Kumar, Joy Mukherjee and Shammi Kapoor?

I don’t think there was any movie hero or heroine who was not threatened by Pran’s villainy in Hindi movies.

How many of us knew that while Pran continued to be one of the busiest actors in Hindi films, and got unusual respect (for a character actor) from the producers and directors who often called him Mr Pran, he was very frustrated with screen villainy and yearned to do other characters?

He would recall with sadness his work as a sympathetic and helpful doctor in the Raj Kapoor produced Aah in 1953 but when that film bombed, Pran had to be satisfied playing the villain.

Not many people will recall Pran in Aah but millions will remember him as the head of the dacoits in another Raj Kapoor produced film Jis Desh Mein Ganga Behti Hain. The 1960 film was a huge hit.

An even a bigger hit was Kapoor’s Bobby in the 1970s. Pran did not play a villain in Bobby; he played a stern parent who had little understanding of what teenagers were looking for.

Pran was never tired of reminding his directors and producers in the 1960s at the height of his villainy that the real artist in him wanted to play a variety of roles.

Tapi Chanakya, who directed him in the sensationally popular Ram Aur Shyam, featuring Dilip Kumar and Waheeda Rehman, told me several decades ago that producers and directors were afraid to cast pran as non-villain. “As a villain, people expected him to walk with a certain swagger and try to kill the hero with his stares,” he had said.

Manoj Kumar, the actor, producer and director, took the risk which Raj Kapoor or Chanakya were afraid to take, and Pran vindicated the filmmaker's faith with his superb performance of a wronged man in Upkar. With that film’s huge success in 1967, Pran’s career took a new turn.

Manna Dey is among many people who were highly impressed by Pran’s work in Upkar, playing the very sympathetic Mangal Chacha.

The singer told me a few years ago that while he recorded the song Kasme Vaade for Upkar, Manna Dey remembered feeling very happy because it was a soulful composition (by Kalyanji Anandji). He also knew Pran was a very good artist and he would be singing the song on screen.

"What I saw on the screen amazed me," the singer, who is not always generous with his compliments, said. "There was magic on screen."

Around the time Upkar was released, Pran was also seen as a villain in many other hits including Ram Aur Shyam, Patthar Ke Sanam, Milan and An Evening In Paris.

In the early 1970s filmmakers were ready to give him the roles as he has been craving for a very long time. He would soon be playing police officers and jailors, and occasionally roles with a comedic touch.

Pran was now playing sympathetic characters such as the Pathan Sher Khan in Zanjeer. The film was a benchmark not only for Amitabh Bachchan, for it was his first big hit in a leading role.

But who can forget the film’s most electrifying moment when Pran bursts into the song Yaari Hai Iman Mera (Manna Dey, again) and dances with stylized abandon?

It was this song and dance production, in my opinion, gave the film its repeat run appeal.

I have seen Zanjeer half a dozen times in the past two decades, and nothing thrilled me more than watch Pran. I mentioned this to its director Prakash Mehra when he had visited New York in the early 1980s.

"None of us expected that kind of performance," Mehra had said. "Even before I had the final take, I knew we had a masterpiece of a performance. Mr Pran will always be remembered for that song and his dance."

Pran also showed his talent for comedy in a few films including the 1973 hit Victoria 203. Though Saira Banu and Navin Nischal got top billing in the film (and surely a heftier paycheck than Pran), it was the comic energy of Ashok Kumar and Pran, both in their 60s, that made the film a surprise hit.

Of the handful of films in which Pran excelled in song performances was Majboor (with Amitabh playing the lead). The biggest applause went to the show stopper Daroo ki bottle song in which Pran dances and swings with abandon. The Kishore Kumar number would have gone away as just another number but for Pran's performances.

Pran had one of the longest and most fruitful of movie careers in India, with some 360 films over a span of six decades.

His stamina is certainly admirable but the movie industry forgot to give him meaty and colourful roles in the last 15 years of his career. And Pran forgot to be choosy. Does anyone remember his work in any of the films in the first decade of the century, like Dosh, Jaihind and Lakha?

I feel this was nothing but a betrayal of a formidable talent but then I go back and watch him in several of his terrific films including Zanjeer and Upkar --- and that little gem, Aah. 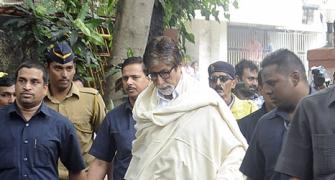 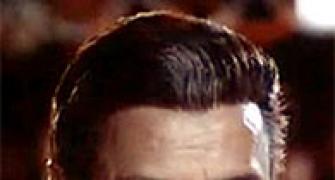 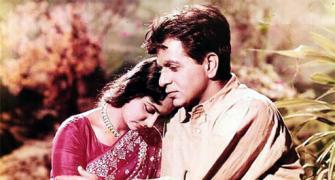 'Though Pran played villain roles, he was kindest in industry' 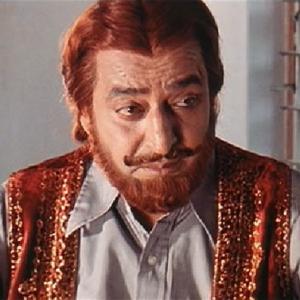 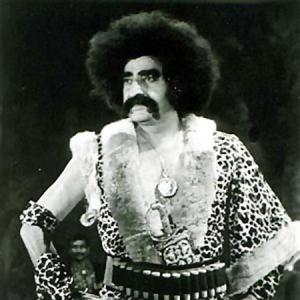