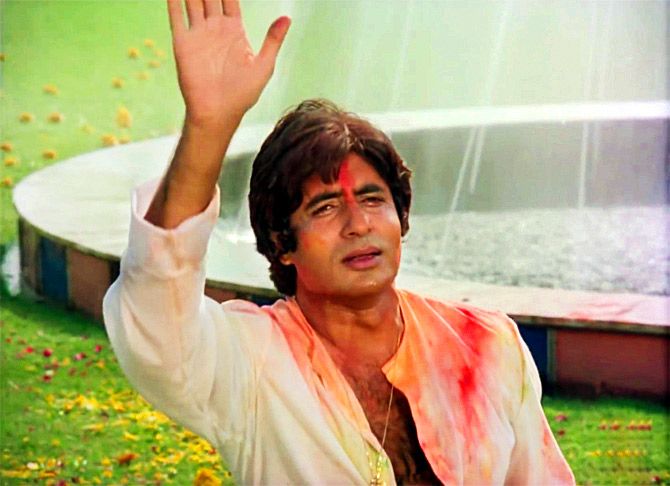 Give me a box of gujiya to gorge on but I am not really big on the festival of colours. People forcibly smearing potent gulaal on one another that takes hours to wash off is not my idea of fun.

Over the years though, my long-suffering ears have made peace with and are finally habituated to waking up to the sound of speakers blaring Bollywood's annual Holi playlist in full blast. So imagine my shock when instead of Amitabh Bachchan's customary Rang Barse rousing me from slumber, it's Roop Kumar Rathod and Sonu Nigam's sentimental cry from Border's Sandese aate hain going on in an endless loop.

For a moment, I wonder if I time travelled in my sleep, a la Sidharth Malhotra in Baar Baar Dekho. Yikes, that would be a nightmare.

What actually happened is the event organisers in my colony neglected to revise the playlist since Republic Day resulting in this endless reception of Sandese.

Quite the rang mein bhang, eh?

Happy birthday, column! My super-filmi week turns one today. It's been gratifying to share how nearly every day of my life is sewn in silver screen drama.

As much as I am hoping to commemorate this occasion by running across mustard fields in pristine white chiffon, Delhi's extended winter demands I stay indoors and catch a movie. Except every time I try to watch one, a strange disclaimer or dedication pops up in the opening credits and compels me to change the channel.

Attempt 1
Pyar Diwana: I don't think the 'leaving' mortal in me is ready to take such a risk. Even if it's only a middle-aged Kishore Kumar prancing about as a college kid. 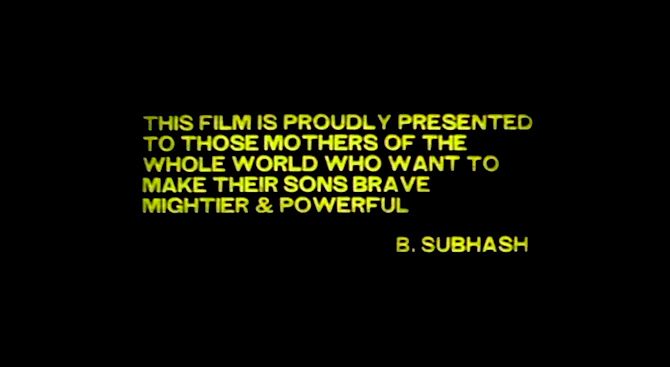 Attempt 2
Kasam Paida Karne Wale Ki: Dear B Subhashji, I am neither a mother nor foolhardy to be conned into watching it ever again. Attempt 3
Neel Kamal: Ah, so this is how Kachha Paapad Pakka Paapad reads in English. 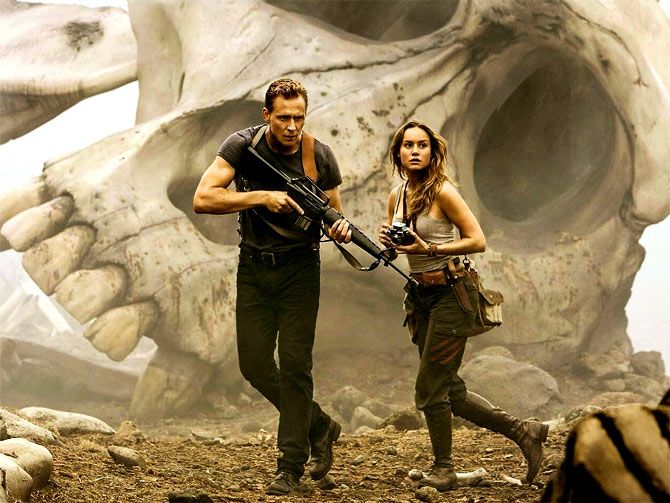 That awful feeling when the film you are wildly excited about since inception turns out to be a damp squib.

The celebrated gorilla isn't lacking in size and a couple of action sequences, especially the chopper bashing and napalm attack against Henry Jackman's throbbing soundtrack do stand out. Mostly though, the new King Kong is a shabbily written, stereotype venerating mishmash of genres like war and creature flick.

Unlike Peter Jackson's poetic interpretation whose only crime was length (at 187 minutes), this one's akin to a stale parody where fine actors are reduced to gun-toting cardboard cutouts exhibiting an idiotic shift of loyalty, half-baked lunacy and bogus exoticism.

Not to mention this infuriating obsession of every Hollywood action flick to dress its daredevil leading lady in a tight tank top. Going by the post end-credits scene, we haven't seen the last of her. 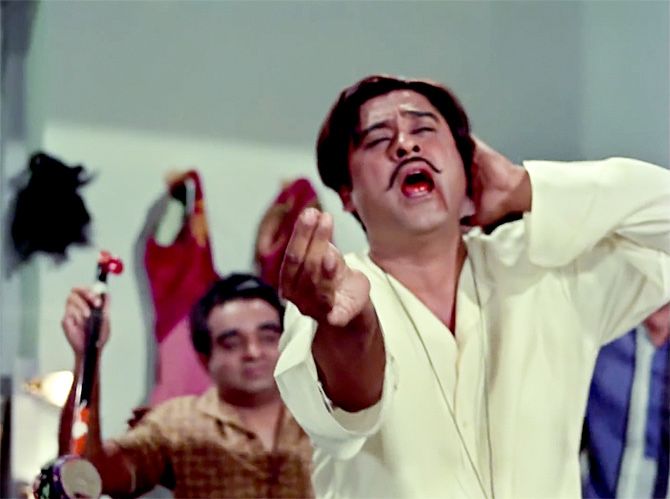 It's human nature to pine over what ifs. And although it's an entirely futile exercise, I do often wonder how the legendary Kishore Kumar would have sung a particular song. So I inquire the same on Twitter and the responses trickle in straightaway. Guess even an impossible Kishore Kumar wish list sounds more music to ours ears than most songs today.

Not too surprisingly, the man who's modelled his style on Kishoreda -- Kumar Sanu -- gets the most number of mentions.

Every singer is unique but Kishore Kumar's versatility fits right across every mood, every texture.

Personally, I would have loved to hear his take on Ram Sampath's insolent DK Bose. 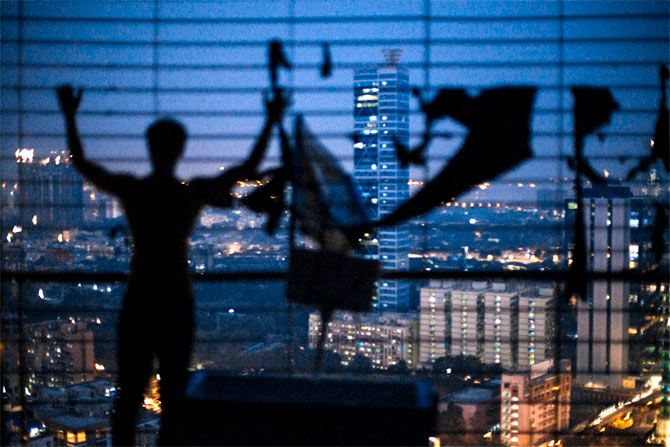 Another Friday and I am back in PVR for an early morning show of Rajkummar Rao's Trapped. Ever since I missed its premiere at last year's Mumbai Film Festival, I was anxious to catch it on screen.

And what a terrific piece of filmmaking it turns out to be. It's one of those satisfying Fridays when writing the review feels as fulfilling as watching the film. Like I noted in my piece, director Vikramaditya Motwane 'feeds off the negativity of disastrous coincidences to explore a human being's most profound fears as well as marvel at his dormant instincts.'

He documents Rao's 'metamorphosis in a manner that's almost Kafkaesque in its contemplations but aspiring for a King Bruce and the Spider like allegory in its perseverance, while reminiscent of Castaway in its depiction of despair. Under just 103 minutes, Trapped treads more complexities than a straightforward survival story can possibly offer.

'The Mumbai in his deeply claustrophobic and masterfully taut Trapped is as deceitful as the witch's candy cottage in Hansel And Gretel.

'Somewhere, indirectly, Trapped mocks the invincibility we assume to have acquired as residents of this magical city by painting Mumbai as a distant, dark and depressing land taken over by concrete zombies.' 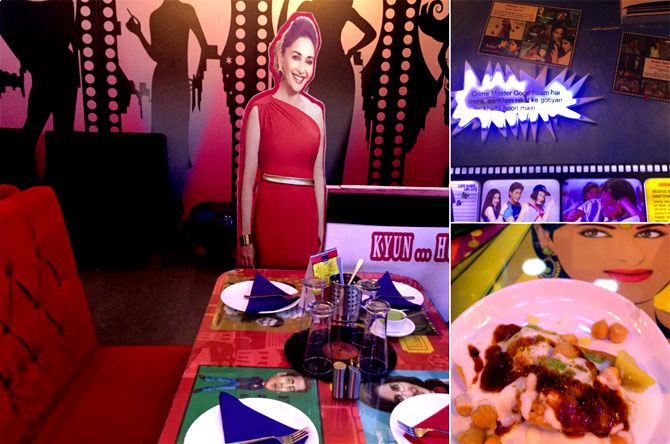 The significant other is in no mood to cook. Nor am I. So we decide to check out this VFM Bollywood-themed restaurant close by.

You even make your own Mastani Papdi Chaat.

Now how about adding Sherbet-E-Jannat to that menu? 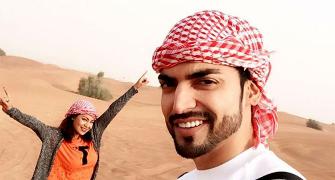 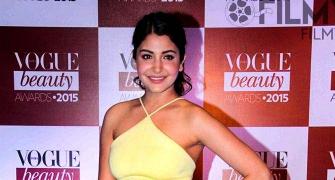