'I might in the future step out of a Dileesh Pothan movie not completely satisfied, but content I'll be in the knowledge that our greatest living film-maker had failed striving to be something more than just an auteur,' notes Sreehari Nair. 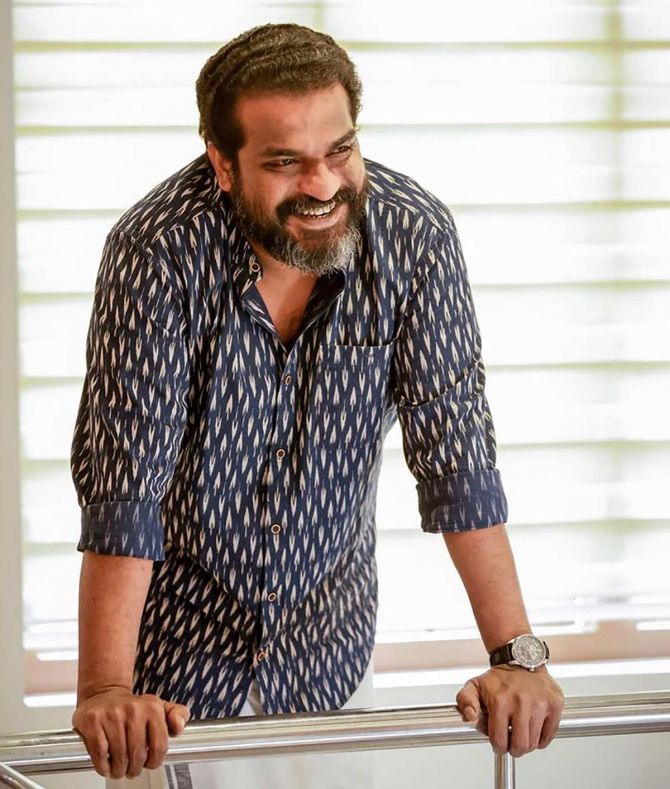 In an age that uses the word 'Existentialism' as a fashionable stand-in for everything from 'Depressive Thoughts' to 'Helplessness' to even 'Godlessness' (Existentialism and Existential Crisis are two very different things, mind you), it isn't surprising to see the term 'Auteur' being thrown around as a catch-all for 'Filmmaking Genius'.

The Auteur Theory, however, contrary to its original goal of helping gifted film-makers sustain their talents, has quite singularly driven many a promising film-maker into making mediocre, formulaic films. Films that have with nothing in them save the smudge marks of a once-celebrated Director's signature (A certain Tarantino, arguably this generation's most famous auteur, is also the finest living example of auterism's cannibalistic power).

Purely on the basis of the facts then, it's time that 'Auteur' went into terrible disrepute. Even so, it continues to be a hallmark of lazy film criticism -- the kind that reaches out to the most readily available adjective-noun coupling at every given instance ("Poignant Movie," 'Exquisite Screenplay', 'Beautiful Cinematography'...you get the drift).

Bloodsucking, unimaginative, Auteur Theory has a new adversary in Dileesh Pothan, who has demonstrated that the laziest thing a critic can do when evaluating the work of a truly visionary film-maker is to classify him as an auteur. Pothan is defiantly not one.

As a matter of fact, he is so steeped in the understanding that Cinema is a coming together of many disciplines, and steeped in the belief that a Director must alter his craft to suit the reality he is trying to attack, that he might even be called an Anti-Auteur. 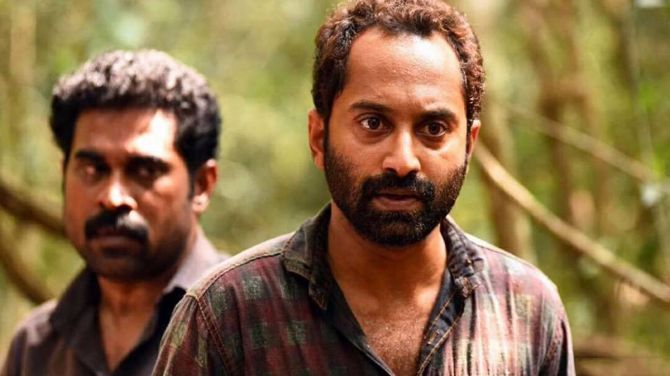 On the surface, Pothan's precise judgment of what technician to use and when is closer in spirit to that of an ambitious novelist and his clarity about what voice would work for which subject matter. The perceptiveness that made him pick Rajeev Ravi to do the camera for Thondimuthalum Driksakshiyum after a triumphant collaboration with Shyju Khalid in Maheshinte Prathikaram spoke of a shrewdness like Norman Mailer's -- who, after decades of writing in a florid style, had intuitively come to the realisation that his book The Executioner's Song would play out better if written in a bone-dry, just-the-facts-ma'am sort of prose.

At a deeper level, however, Pothan's genius is unique in that it isn't a moody, infantile genius like Bergman's: the kind of genius that needed Sven Nykvist's lighting and a chosen set of stock-actors always at hand to baby it.

Pothan's is a workman-like genius. He picks his tools in the mode of a mountaineer who depending on whether he's climbing a mud-face or a rock-face decides whether to use a squeegee or an ice-pick. You could even compare him to an architect like Frank Lloyd Wright who depending on the environment he was given would decide whether to erect a Prairie-style home or a mansion atop a waterfall.

Professionals, unlike temperamental artists, cannot afford to be moody, cannot afford to rest on their laurels or their established tics and quirks, cannot wait for the same muses to inspire them project after project, and these are some of the qualities that champion mountaineers and master architects share with Dileesh Pothan: who is an artist in the matter of what he decides to build, but a consummate professional in the matter of how he goes about building it.

It's a mug's game, certainly: Going over Dileesh Pothan's oeuvre for a fixed formula that will solve the larger riddle of his magic. But if you are prepared to be less theoretical and more "industrial," certain grades of excellence can indeed be discerned. 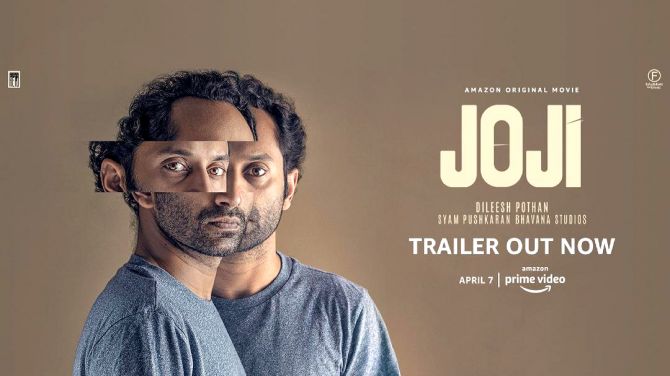 To begin with, Pothan understands that the audience does not respond to themes ('Denunciation of Patriarchy' or whatever) but responds sensuously to the faces, the bodies, and the objects that make up a movie. And so, after working with his writer to construct a satisfactory wireframe, he spends a prodigious amount of time getting the casting right.

When I say 'getting the casting right', I mean that he resists the temptation to cast an actor for his or her greatness, and casts him or her for their appropriateness to a particular character. And when I say appropriateness, I mean the ability to animate a particular character using a very definite speech pattern, an odd movement of the shoulder, a unique grunt, an innovative way of emitting a swear word, and such other minutiae of behaviour.

Though his three-film-old career is already a reference book of incredible casting decisions, I here wish to cite an example from his latest movie, Joji.

The patriarch in Joji is played by a veteran of one film. He is Sunny Pn, who had earlier appeared in Bhadran's Spadikam, as Thorappan Bastin: A two-scene character, who had announced himself on the screen by jumping down from the roof of a houseboat. It's been more than twenty-five years since Spadikam's release but Sunny Pn, apparently, can still go up and down like a mountain goat, and my guess is that he has been cast in Joji specifically for his energetic jump, and for the subliminal contrast that would be created in an audience member's mind when such an agile person is later left confined to a wheelchair. 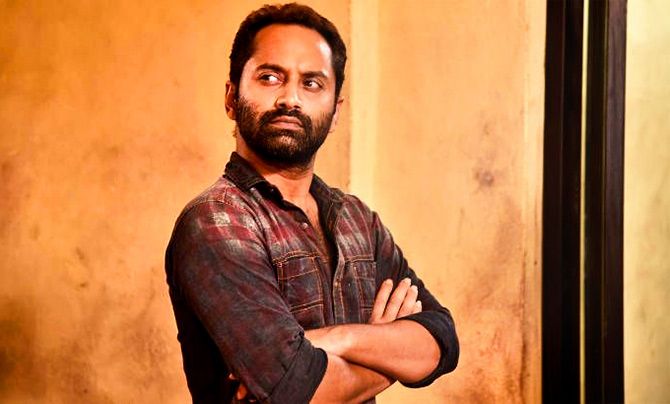 Film-makers have to be cunning, if necessary even a tad sadistic with their casting decisions, but Pothan makes up for this cunning through how he works with his actors on the sets. It starts with a generous briefing about a character's mental state specific to a plot-point, and ends with a whole team waiting patiently for the actor to create magic.

In fact, an instance from Maheshinte Prathikaram, one where Mahesh's father talks about the principle behind good photography ('Recognise the moment just before a great moment, and be ready to capture it') is also the principle that guides Dileesh Pothan as he makes his cinematographer crank the camera not in a diagrammed manner but in anticipation: for an actor to deliver a moment that would take the entire unit by surprise, a moment with no precedents.

In the final cut of his movies, we see only these moments of astonishing acting, what we don't see (to our own peril) are the long spaces that created them.

As important to Dileesh Pothan as the faces and the bodies in his frames, are the objects that populate them.

Now you can write monograph after monograph about how Pothan designs the rooms of his characters, or how he almost wrenched into existence the police station in Thondimuthalum Driksakshiyum complete with the ass-prints on the chairs, but I want to, in this piece, focus specifically on how our man approaches objects of religious significance.

While we may never know his theological persuasion, what he doesn't have clearly is readymade contempt for religion.

Dileesh Pothan and Christianity, in particular, is a topic filled not just with inscriptions and hymns and prayers, but also those wonderful camp elements that lie on the margins of a religious life: Bible verses in a case; the tattered star from a Christmas past; the Malayali Christian Rock that blares out of loudspeakers even as jilted lovers nurse their broken hearts somewhere in a silent corner.

Campy objects are what bind all Indian religions (They are a big part of our richness as a Secular Nation) and watch out for how these objects emerge in Thondimuthalum Driksakshiyum,as a wall-clock in an SNDP household, or as the cobwebbed photo-frames in a Nair household now well past its glory days. 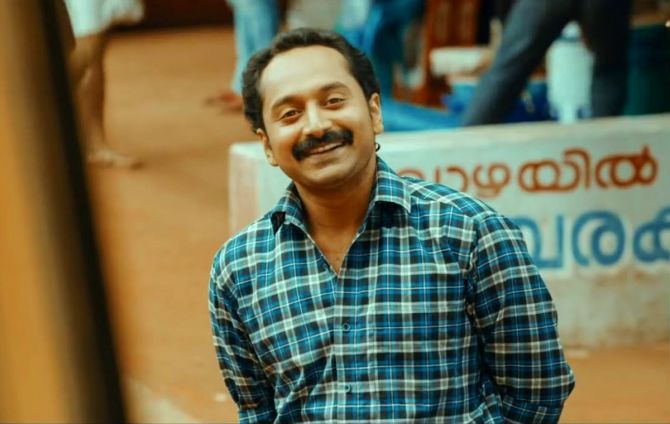 It's typical of the way Malayalam news anchors behave (they all talk like stockmarket experts) to use such attention to detail as pointers to further the hypothesis that Dileesh Pothan makes 'realistic films' This is like saying only realistic films call for a fresh eye, that all others kinds of films can follow templatised routines (Such evaluations are the undeniable gifts of our mainstream cinema culture, with its penchant for assembly-line filmmaking).

These solemn interviewers and anchors don't realise that world-building is something that every film, regardless of its genre, can aspire for. I am sure that if Dileesh Pothan were to, tomorrow, film a scene of someone going town-roaming on a flying carpet, he would take into consideration such factors as the material of the carpet, the general air pressure, and the weight of the rider. He would be a realist even when tackling a story set in a fantasy world -- and hidden therein, is the clue to his artistry.

What Dileesh Pothan wants to do is widen his viewers' experience and the range of their feelings. But he does not wish to achieve his objective through 'messages', or through 'symbolisms'. He wants his viewers to penetrate the worlds he creates by that process that Nabokov once called 'fondling the details'.

And so, when you sit down to watch Joji on Amazon Prime Video, try to watch it not for its parallels with Macbeth, but to study how Pothan and his team have mapped out Erumely. Study this facet, not to reiterate that clichéd dictum of the place being yet another character, but study it to see how the geography of Erumely has been intricately woven into the tale, how its vegetation, its climate, its streams and its rivers contribute to the very specific psyche of the characters, and how they communicate to us wordlessly the joys and difficulties of creating the film.

I know that Joji may have nothing in common with his first two efforts, but I'll be shattered if it does not contain Dileesh Pothan's ineffable curiosity for life. This is precisely why I have qualms about his categorizing the film as a tragedy; because people immediately equate 'tragedy with a 'painful viewing experience' and any work of art that is soaked in life, by definition, can only be pleasurable.

Pothan stands at the opposite spectrum from a fourth-rate film-maker like Mysskin whose terribly made films are forgiven because he repeats across them certain tricks and motifs. He's nothing like Sanjay Leela Bhansali either who gives one the impression that he has personally gone around lighting every single torch in the giant castles he conceives.

Dileesh Pothan has grades of excellence, but he also works with a team to ensure that his standards are met. And because he carries no delusions of being a genius demagogue, he expects more than just teamwork from his collaborators; he wants them to be, above all, their own masters.

I get the feeling that he expects something similar from those of us who go to his pictures. He wants us also to be our own masters, wants us not to respond using hackneyed benchmarks, but to respond fully and in fresh ways every single time -- whether in our admirations, or in our disappointments.

If he does not work inside a limited palette, it's because he does not wish to project only a limited vision of the world. As the music choices in his films suggest, he's a pluralist, constantly trying to expand outwards, always tagging us along on his rides. And this is where he defies critics who attempt to pin him down with labels.

I might in the future step out of a Dileesh Pothan movie not completely satisfied, but content I'll be in the knowledge that our greatest living film-maker had failed striving to be something more than just an auteur. 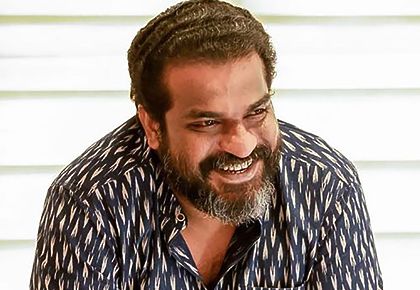