What if Heath Ledger messes up?

We stand poised on the brink of certain history. I will take wagers -- at whatever odds you offer -- that despite The Dark Knight coming to theatres only on Friday, there is already more than enough buzz about its central performance to nab it a posthumous Best Actor Oscar nomination.

Plus, not just will it take more than a Daniel Plainview to beat it, but winning it would make even Plainview feel like a jerk for dranking it all up.

So yes, we are likely to see the second posthumous Best Actor statuette in history -- after Peter Finch blew our brains out with his freakishly, frighteningly powerful performance in Network -- and yes, hardly anybody has seen the film yet.

Which brings us to my question today. Promise not to be prematurely offended? Alright, here goes: What if Heath isn't good enough?

Oh, of course he's capable of being mesmerisingly good as the Joker. Heath Ledger was a fantastic actor, and I was rooting for his fantastic Ennis Del Mar to win for Brokeback Mountain. And we are all only too acutely, painfully aware how he poured soul -- and, tragically, life -- into his effort to live the madness that is Alan Moore's Joker. 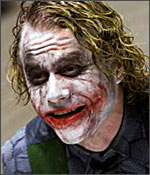 Far removed from Jack Nicholson's magnificently comedic turn in the clown shoes, Ledger drew bloody inspiration from Sid Vicious of the Sex Pistols and Alex of A Clockwork Orange, and they're as ideal as idols get for the psychotic funnyman fiend. For the single greatest baddie in all of comicdom.

All the signs point to greatness. Director Christopher Nolan, between the enthusiastically received Batman Begins and this sequel, made the impressive The Prestige, showing that he's only getting better at handling complex narratives, dark characters haunted by their past and Christian Bale, all indicators to a tremendous Dark Knight this Friday.

Yet, incandescent talent as he doubtless was, he was only too human. What if, Joker forbid, the young man screwed it up?

It isn't likely, sure. The sneak reviews have gone ga-ga over his performance, hyperbolic fanboys instantly dubbing him the greatest villain of all time. Nolan and the actors on the project have all expressed not just profound admiration but abject awe for Ledger's performance, and I, like you, can't wait to see him lick his lips so expansively he wettens his scars.

Yet -- and this you and I both must admit -- it is possible. Isn't it? It's a showy, over-the-top character, and finding the fine line between farce and fantastic is particularly hard when you're concentrating on being as deranged as you can. If Ledger went so deep into the Joker that he channeled his spirit, does that automatically mean the Joker would have played himself well on film? It was an immensely demanding ask, and what with all the but-Jack's-Joker-was talk across the world, the 28 year old was understandably under pressure.

So yeah -- like every actor in their next film -- there's a chance he could screw it up. 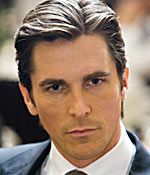 Of course it is. The question now, dear reader, is that of the critic. If Ledger mucks it up, are we even allowed to say so?

Can any critic -- any member of the paying public, even -- completely distance himself from the fact that Heath Ledger tragically passed away while making this scary swansong, and analyse his performance objectively? And if we can, and some of us don't find it particularly impressive, can we honestly say 'he did alright' or 'he was okay' or 'he wasn't bad' or, even, that 'Heath kinda blew it.'

Forget my routine messageboard-flogging, of course. Or the fact that the critic, whoever s/he is, will face a bunch of outraged readers. Think, for a moment, of the one person trying to be as forthright as ever, and conflicted about the fact that being honest could just be the rudest thing in the world to do. Then again, if we adhere to 'thou shalt not write ill of the dead', mustn't we then revere the Ed Wood filmography as well?

All I'm saying, therefore, is that you remember objectivity.

Remember that a review is just an opinion, and no matter how utterly you disagree with it, it's as relevant a point of view as yours. That's all. So yeah, there are critics who think the Lord God Daniel Day-Lewis himself 'really overdid it' in There Will Be Blood, and that's okay. (Do what I do and consider it their loss. Heh) 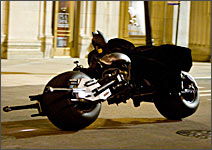 On the flipside, there are movies that get terrible reviews and end up making muchos millions: does that mean the audience is watching a bad film or that the critics aren't getting it? Neither, really.

Opinion can't be wrong, and just because my favourite critic and I don't see eye to eye on a particular film, it doesn't mean I automatically disregard the review.

A film is as good or as bad as you think. Period.

And if you, me, or anyone of us thinks Heath Ledger didn't do good, may we find the strength to 'fess up to that, loud and clear. For these crazy diamonds -- Heath and The Joker both -- need you now to admire not them, but instead their combined effort to create a new face for the clown prince of crime. Or the ace of knaves, as you will. Judge Heath for his lunacy, and may it be brilliant.

And after a pageful of level-headedness, let me tell ya that I haven't been this chuffed about an upcoming performance in a really long time, maybe ever. I have a feeling he'll be goddammned awesome, and I just can't wait.

And instead of my usual mail-me at senterfold@rediffmail.com signoff, let me leave you this week with a boast: by the time you read this column, I'll have seen Dark Knight. Na-nyah-na-nyah-nyah.