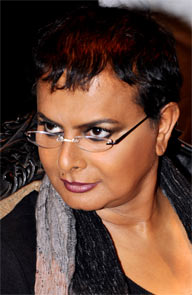 Former journalist and event manager Yajnaseni Chakraborty pays tribute to talented Bengali director Rituparno Ghosh, who passed away this morning, and remembers the child in him, who would revel in things that escaped the attention of most adults.

Rituparno Ghosh, me and my friends were supposed to be meeting for a purpose. There was a programme that my friends and I were organising, and we wanted him to be part of it. It was to be his first proper stage show, and we were very excited.

But the meeting wasn’t going as we had planned because he wouldn’t take another step until we had eaten this ‘extremely special’ dosa from a shop near his house. All protests were futile. We were in his house, he was the host, and we were to be given special treatment, whether we wanted it or not.

So we waited, the three of us itching to discuss the programme, and he chatting away about some papier-mâché stuff he had read about that he wanted to buy. When the dosa arrived, we had to eat every last bite under his eagle eye.

The last time we met face to face, in January this year, was at the Kolkata Literary Meet. I was in a terrible rush again, and all he wanted to know was whether I had eaten, and why my bindi was askew.

A lot of people will remember a lot of things about Rituparno Ghosh. His unique creativity in his films and writings, his whims, his aggressive display of alternate sexuality, his sensitivity toward women, his remarkable ability to multi-task, his loyalty to friends, and a host of other things.

What I remember most is the child in him, the child who would revel in things that escaped the attention of most adults.

And I remember his extreme loneliness.

All of it hurt, the jibes at the way he dressed and talked, the personal attacks on his films and those he acted in, the insensitivity of a society he was trying to change and educate, the seeming disloyalty of those he considered friends, and his inability to really, truly, trust anybody. Beneath his nonchalant facade, the hurt and the loneliness dug deep.

During a long and deeply personal phone conversation very recently, he spoke about his compulsive need to care for his friends, to make sure they ate and slept well, and stayed happy. 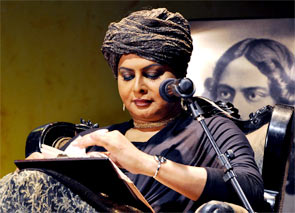 Curiously, he also spoke about our association, one that dates back to the time just prior to the release of Chokher Bali (2003), when I was scheduled to do an interview with him. That association saw several ups and downs, and there was a time when he stopped talking to me after I’d written a particularly negative review of his film Khela (2008).

But that lasted only until I reviewed Memories in March (2010).

Unlike any celebrity I have known, Ghosh broke the ice, calling me once the review was published, and discussing the film for over half-an-hour. He was sweet in the way that only he could be, making me feel as though the intervening two years had never happened.

That didn’t stop him from driving me to distraction once he agreed to participate in the event that we were organising in 2011. The main problem seemed to be that he was never satisfied. With anything.

From the title of the programme to what he would wear on stage to where the other performers should be positioned, he was unhappy with all of it, and said so loudly and clearly. Many times.

Every meeting and every rehearsal would leave me drained and furious at the same time. Every discussion with him left me with gritted teeth. On the day of the show, he drove me up the wall because he couldn’t find the safety pins for his costume, and because he needed a straw with which to drink water so that his lipstick was untouched. In the end, I seriously had to tell him he looked like Rekha before he would calm down.

It was only once the show, a huge success, was over that I appreciated his absolute involvement in all its aspects, and his refusal to settle for compromised solutions. I realised why he was such a creative genius, so far ahead of his time. As the curtains came down, he called me out on to the stage and told the audience how indebted he was to me for having taken his tantrums and whims on the chin. I hadn’t, really, but he swept my protests aside, again, as only he could.

He wouldn’t have approved, though. Tears weren’t his style. He preferred unspoken, unexpressed, emotions.