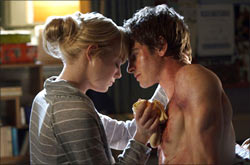 Some words on The Amazing Spider-Man ONLY for those who have already watched it. After writing a completely spoiler-free review, lifelong fan Raja Sen finally explains why the reboot matters.

Once in a while, a film makes your heart stop.

Oh, it whirrs instantly back into action, the usually yeomanly ticker, ensuring you aren't slumped dead in your multiplex seat, your corpse-mouth stuffed with popcorn. But that lag before recovery, that cinematically overwhelmed instant, that magic pause, feels like a cardiac explosion. For one flash of sheer joy, your heart stops to take it all in and, like a balloon being filled by an overzealous blower, it goes boom. And before it thumps to life again, you've already swooned a dozen times. On the inside.

Marc Webb's The Amazing Spider-Man stopped my heart when Spidey flung Gwen Stacy out the window.

Most people -- even while appreciating irresistible lead actors Andrew Garfield and Emma Stone -- have questioned the idea of rebooting Spider-Man. As a lifelong Spider-Man geek, one who has read all  issues of The Amazing Spider-Man and hundreds of other imprints involving the character, one who has a Spider-mural three times larger than life on his wall, I confess I wasn't stoked by the idea of a reboot. They ought just carry the story forward, l'd mused here a couple of years ago, willing the powers that be to take the franchise in more Bondly direction.

And then he hurled the blonde out the window and everything added up.

Yes, this is a tremendously important reboot, and no matter how revisionist it might seem given Sam Raimi's stellar trilogy (as with the Godfather, we leave the third out of the reckoning) it actually goes back to webcrawler basics Raimi had ignored. Raimi's were rollicking actioners with a terrific Tobey Maguire, sure -- and Spider-Man 2 remains the very gold standard -- but much comicbook meat was sacrificed at the altar of a good time. Which is all well and good -- movies are not comics and never will be -- but Spidey, unlike most of his caped contemporaries, is defined forever by his choices, haunted by his errors. And Raimi left out one of the most heartbreaking bits of the saga when he skipped understandably over Gwen Stacy and went straight to Mary Jane. 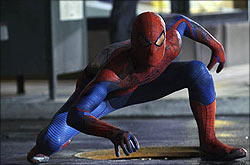 Because Gwen isn't just another girlfriend. Gwen Stacy was Peter Parker's first love, a blonde knockout who was as intelligent and almost as nerdy as him, a bright girl with eyes only for Peter, not the spandexed superhero. He does get utterly distracted by the va-va-voom redhead Mary Jane Watson as soon as she appears on the scene, but loves Gwen right till her very end.

And what a devastating end it is. Yes, true believers, the blonde dies. And at Spidey's own hands.

The Green Goblin drops Gwen off a bridge -- a trope Raimi casually hijacked to imperil his ill-cast MJ in the first Spider film -- and because Spider-Man can't reach her in time, he shoots a webline to keep her from hitting the water. The sudden jerk of the violently yanked web breaks Gwen's neck instantly, killing her. It is a crippling guilt Spidey has never been able to shake off.

In Webb's film, Gwen saves her man from getting beaten up, twice. Once by snappily chastising high school bully Flash Thompson, and then by hitting the supervillain Lizard on the head with some kind of sports trophy. The distraction is enough time for Spidey to get back on top, and, after webbing The Lizard with clingfilmy excess, he looks at Gwen and says, "I'm going to throw you out of the window now."

Her bewildered face falls as he chucks her out, saved instantly by the perfectly judged webline that follows, our heroine swinging as safely as if on a fairground swing.

It blew me away because everything Webb had been doing all along fell into place with that scene: Spidey's initially underconfident attempts with his web, his slow but steady mastery of it, and -- most importantly -- his constant reluctance to use it on people.

Using it more as a climbing aid and as soft-protection against armed assailants -- why use bullets when flinging duct-tape really quick will do the job? -- Spider-Man appears very wary of actually using the web on innocent people. The whole yanking-them-to-safety approach isn't his thing just yet. And this changes with two key scenes: the one where a young boy is trapped in a dangling, burning car and -- just when all is nearly lost -- Spidey smacks his chest with a webline (at very close range) and pulls the boy up to safety.

The second is when, tonguetied and unable to confess either love or his big secret to the woman who matters, he lets his web do the talking instead, and shoots out a strand to pull her to him with tangoey grace. (It's also particularly beautiful how the character doesn't use any of his superpowers gained from the spider-bite but instead basically shows off his own invention, dancing geek-to-geek, as it were.)

Take those two scenes and add in the window moment, however, and you realise Spidey's getting increasingly confident with the web, a state of affairs that'll help with various setpieces climactic and otherwise, but will also eventually lead to Gwen Stacy's demise.

Webb's film isn't entirely without flaw -- Sally Field's Aunt May is a major misstep -- but it thrills, depresses and makes us sigh in many a way.

And so, so good are the leads -- and the palpable spark they generate off each other -- that just imagining that scene, with Stone dying and Garfield grieving, wrenches the heart.

Brace yourself, for Peter's screwy life is only going to get worse, even as he becomes a better Spider-Man. As should the films. 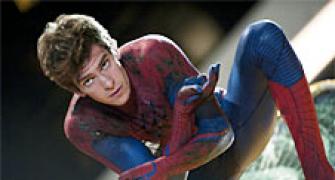 Review: The Amazing Spider-Man is a lot of fun! 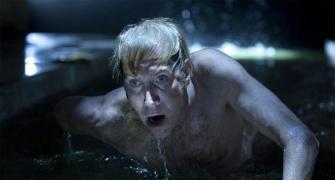 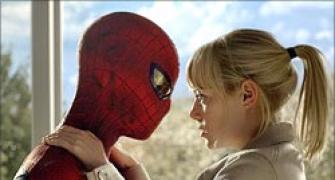 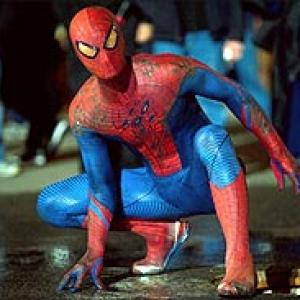 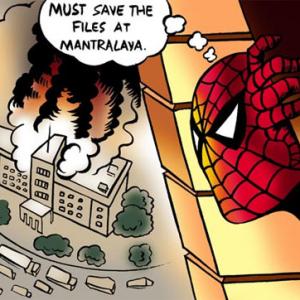