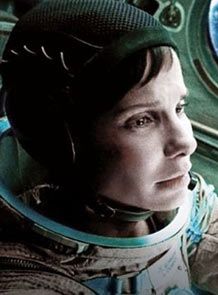 Oscar nominations 2014: According to Raja Sen, this year's chosen ones are (mostly) loud and showy examples of the best in the craft.

Its Oscar season, folks, and the nominations are upon us.

This year's chosen ones are (mostly) loud and showy examples of the best in the craft -- which isn't to say that they aren't (mostly) very good indeed -- but the Academy does seem content staying in the world of the obvious rather than springing a quirky surprise.

But then in a year so populated with great movies, merely staying on the radar feels more than adequate.

The most disappointing omission has been the Coen Brothers' masterful Inside Llewyn Davis, a film that deserved nominations for Best Picture, Best Actor (for the wonderful Oscar Isaac), Best Song and Best Original Screenplay, but was instead given a consolatory nod for Best Sound Mixing.

It wasn't likely to expect a sweep for the filmmakers, but recognition of their ever-admirable efforts was due for a film that ranks up there next to their very finest. The film was left in the cold quite like its unforgettable cat-misplacing protagonist.

Others who lost out were Robert Redford, whose work in All Is Lost is considered truly extraordinary, and Tom Hanks, who failed to get an acting nomination and whose Saving Mr Banks was shunted out entirely, a perplexing decision considering the Academy-friendly content: Hanks as Walt Disney and a celebration of family-friendly cinema.

Captain Phillips, which Hanks stars in, got a Best Picture nod but, without a Best Director nod for Paul Greengrass, it feels only like a slap on the back.

Impressive films like Lee Daniels' The Butler and Fruitvale Station were ignored entirely, as was Ron Howard's Rush -- which should have had a look-in at least for cinematography and for Supporting Actor Daniel Brühl.

For Best Picture, the smart money must now be placed squarely on 12 Years A Slave.

Steve McQueen's relentless film is a serious and strong motion picture as opposed to that other frontrunner, American Hustle.

O Russell's flamboyant feature is being considered entertaining but insubstantial. Sure, it's a fine ride with a smashing cast -- making Russell the only director ever to get his cast all four acting nominations two years in a row, and many of those might win -- but how does it rate ahead of Martin Scorsese's film? Or Gravity?

But in a year so packed, will it be recognized beyond Best Visual Effects and Best Cinematography? Or will we see, like at The Globes, the Best Director trophy heading Cuaron's way simply because the scale of his effort seems more apparent?

The best thing about the nominations, for me, has been the singling out of affection for Spike Jonze's remarkable Her. Jonze has been nominated for Screenwriting (and is widely considered the favourite in that category) and Best Original Song, and Her is in the running for Best Picture.

Joaquin Phoenix and Scarlett Johannson deserved nominations, surely, but this is enough of a haul to cheer for.

As said, there have been no real surprises.

It would have been terrific to see a long-shot nominated against all traditional odds -- think Brie Larson for Short Term 12 or James Franco for Spring Breakers -- but it wasn't to be. Not this year. Not when Alexander Payne's Nebraska is likely to go home empty handed and Martin Scorsese almost missed getting a Best Director nomination. No sir, this is the year of the all-stars.
Raja Sen in Mumbai