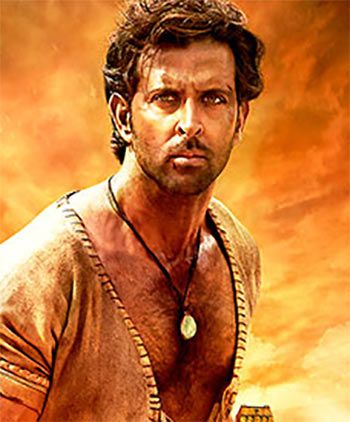 Hrithik’s intensity around Mohenjo Daro’s rambling spectacle is touching even if the promos pack in more swagger than substance and reveal Gowariker’s preference for opulence over realism, feels Sukanya Verma.

This is not a review. It’s merely my reaction to the campy Mohenjo Daro trailer.

Ashutosh Gowariker’s latest (and in all probability lengthy) offering is an ambitiously-scaled adventure into the ancient civilization led by Hrithik Roshan’s hunky indigo farmer challenging Kabir Khan’s bad guy, a function amply emphasied in his Viking-styled horned helmet. Think a cheaper version of Amrish Puri’s from Indiana Jones and The Temple of Doom.

Only that earnest feeling characterising Gowariker’s labour of love like Lagaan, Swades or Jodhaa Akbar is conspicuously missing in what appears to be a typically Bollywood take on an archaeological fantasy lumping themes of revenge, repression and reincarnation.

The trailer opens with a Lagaan-reminiscent ochre colour palette with a voiceover harping something about a secret from the past and the importance of acquainting the world to Mohenjo Daro’s 'sachai' and 'achai.'

More importantly, Hrithik’s the 'chosen one' for the task determining his time travel to a period 'Before The Mughals/Christ/Buddha/India as we know it' and walloping the life out of hipster cavemen in a Gladiator-ish scenario.

What impressed me most is how swiftly the blonde-haired Hrithik ducks to a swooping crocodile in a scene that made me wish this was a teaser for a Khoon Bhari Maang sequel instead.

Think about it, there’s Kabir Bedi too.

For all it’s worth, Hrithik’s intensity around Mohenjo Daro’s rambling spectacle is touching even if the promos pack in more swagger than substance and reveal Gowariker’s preference for opulence over realism. A healthy blend would be nice but Bedi’s headdress and glower doesn’t leave me too hopeful.

Why not wait for A R Rahman’s soundtrack instead?