'He was a poet at heart and a saint by nature.' 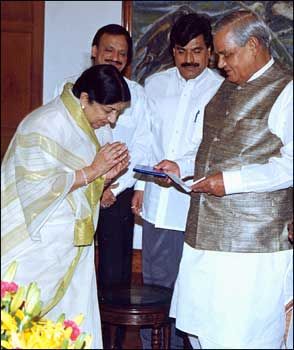 "He was like my father," Lataji says. "He called me beti, I called him Dadda."

Atalji was born on December 25, 1924. Lataji was born on September 28, 1929. Even though the late leader was just four years and some months older, Lataji says, "I feel I've lost my father all over again."

"When I saw the glow on his face, his persuasive oratorical powers and his love for the arts, I was always reminded of my father (the musician-stage actor Pandit Dinanath Mangeshkar)."

"When I was a child, many national leaders and politicians would visit my home. Veer (Vinayak Damodar) Savarkar was one of them."

"Atalji reminded me of Veer Savarkar."

"He was a noble soul. No words of praise can do justice to him. Atalji was never short of words, but I am," Lataji said.

"When we Mangeshkars inaugurated a hospital in Pune in my name, I asked Atalji to do the inauguration. He happily agreed and gave a rousing speech -- as usual -- where he said he was in a dilemma as he thought naming a hospital after me was not right."

"'There should be a music academy named after Lata Mangeshkar, not a hospital. Now what do I say? That people should fall sick so that this hospital, named after my beti, would run?'"

"His speeches were works of art. There is not an orator in Indian politics, or for that matter in India, to match Atalji."

In 2004, Lataji recorded an album devoted to Atalji's poems.

Recalling the "unforgettable" experience, Lataji says, "All the poems in the album, Antarnaad, were handpicked by my composer Mayuresh Pai and me. We flew to Delhi to get his approval."

"When Atalji saw the poems, he was very happy, especially with Geet Naya Gata Hoon."

"There was some doubt over another poem Thann Gayi Maut Se, which we had selected. Though Atalji loved the selection, his (adopted) daughter Namita and others close to him felt it was wrong of him to challenge death through poetry. So we decided to drop that poem."

"When we told Atalji of our decision, he became quiet and then said, 'If that's what everyone wants, so be it'."

Lataji says she has seldom been more impressed by any other politician.

"Atalji hriday se kavi the aur swabhav se sadhu (he was a poet at heart and a saint by nature). He was a visionary and India made rapid progress during his prime ministership."

"I remember how much he did to improve relations with Pakistan. He started the bus service to Pakistan, and he was very keen that I be one of the first passengers on that journey. He told me that people in Pakistan were as keen to hear me as people in India," Lataji revealed.

"But I did not go. It was always hard to say no to Atalji. He was such a wonderful human being and a great statesman."

"Dadda was a man with a vision. He could see the future."

"His speeches were works of art. When he spoke, the nation listened. I have his speeches on my mobile phone. I can listen to them for hours."

"In his going, India has been orphaned."

"But then, if he was in so much pain, it would have been selfish of us to hold him back."

"He is now relieved of all pain, and probably regaling the gods with his oration." 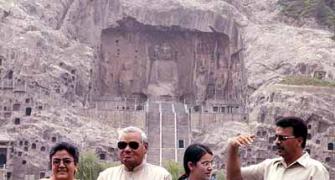 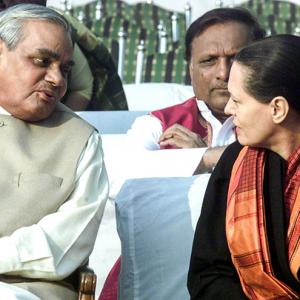 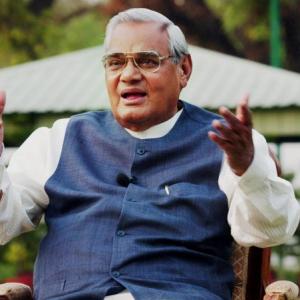