Shooting for a magnum opus is no mean feat.

Especially if it's a prequel to the blockbuster Baahubali: The Beginning, which has so much curiosity around it.

Baahubali: The Conclusion was shot in about one and a half years; they started shooting in December 2015.

It must have been hectic for the cast and crew but they seemed to have some light moments too.

With the new film getting ready for release on April 28, here's looking at some candid behind-the-scenes pictures. 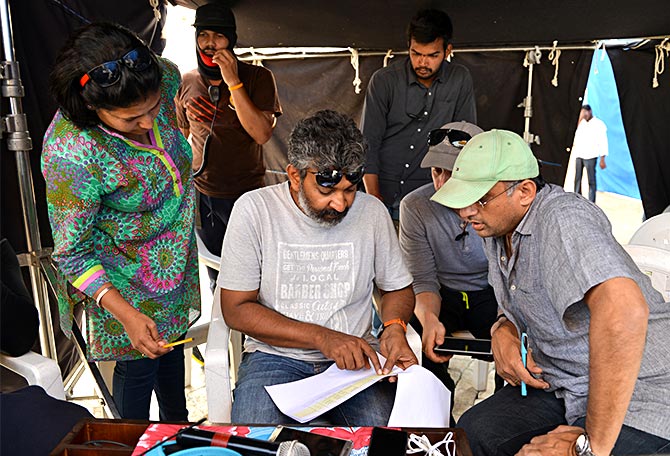 Director S S Rajamouli (in the grey t-shirt) gives instructions to his team. 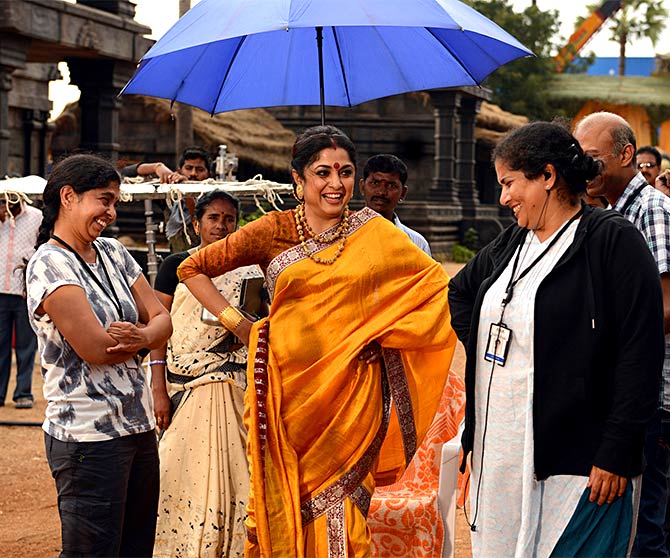 Ramya Krishnan, who plays the queen mother, shares a light moment with the female crew. 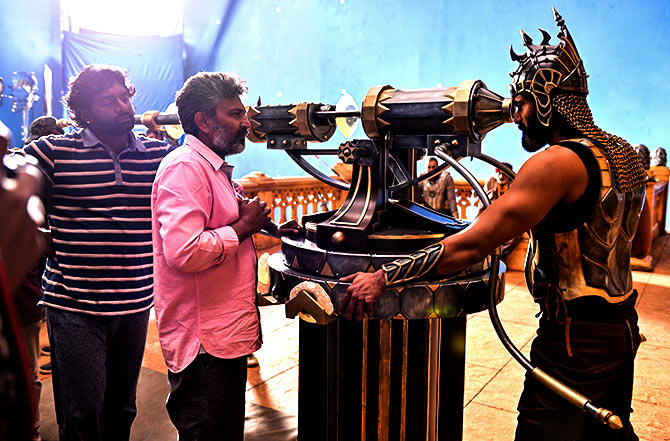 Rana Daggubati plays the antagonist Bhallala Deva. He had shared this picture on Instagram and captioned it, 'Blessed to be in the esteemed company of these fine men!' 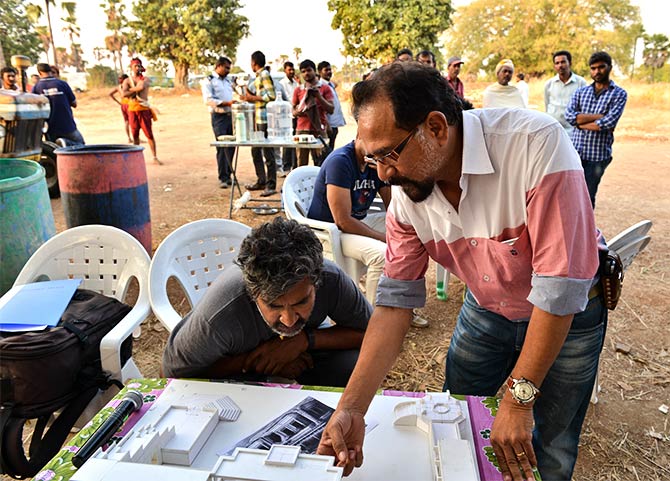 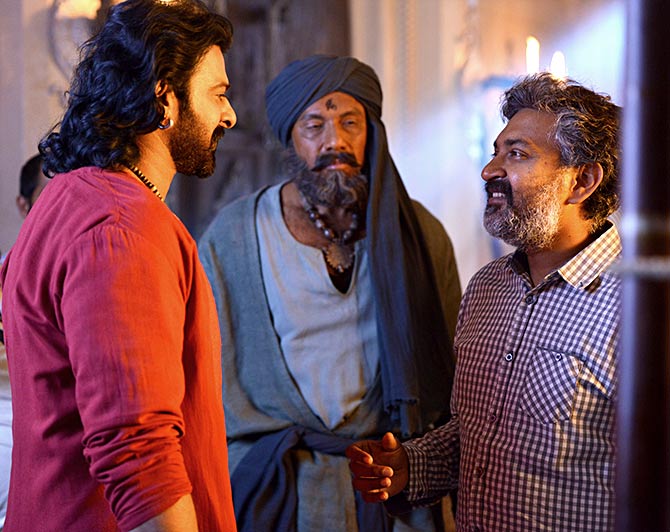 Sathyaraj, who plays Katappa, looks on as Prabhas -- the titular Baahubali -- chats with the director.

With the second part, the question why Katappa killed Baahubali will finally be answered! 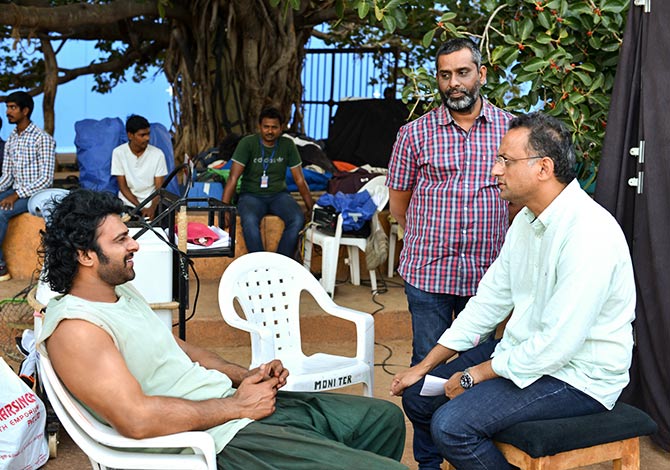 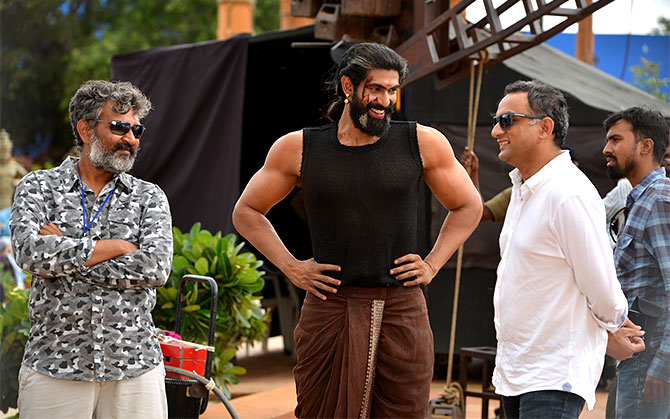 Rana has a light moment too. 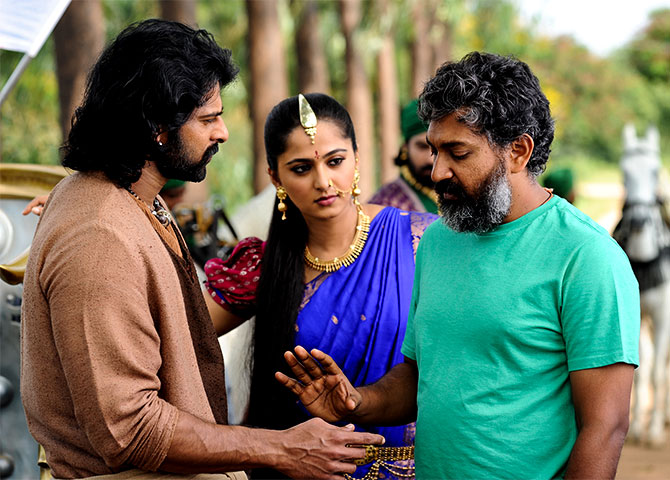 Anushka Shetty, who plays Maharani Devasena, and Prabhas listen attentively to their director. 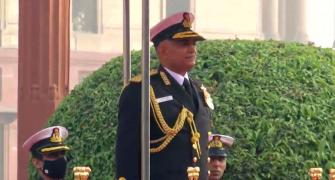 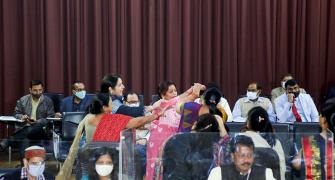