Danny Boyle's Slumdog Millionaire [Images], having conquered the hearts and minds of Hollywood -- winning 4 Golden Globe awards in the process -- now turns its sights on the United Kingdom.

The Mumbai-based rags-to-riches story has received a startling 11 nominations for the 2009 BAFTAs (British Academy Film and Television Art), as has the Brad Pitt-starrer The Curious Case of Benjamin Button. 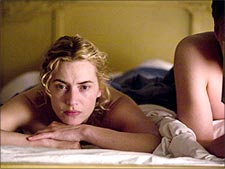 Those contending with Slumdog Millionaire and The Curious Case of Benjamin Button for best film are Frost/Nixon, Milk and The Reader.

Kate Winslet [Images], who managed two Golden Globes earlier this week, has been nominated twice over in the leading actress category: once for The Reader and once for Revolutionary Road.

Pitt is another double nominee, for The Curious Cause of Benjamin Button and for Burn After Reading [Images], where he'll compete with the late Heath Ledger (The Dark Knight) in the Supporting Actor category.

This year's BAFTAs will be held at London's [Images] Royal Opera House on February 8.