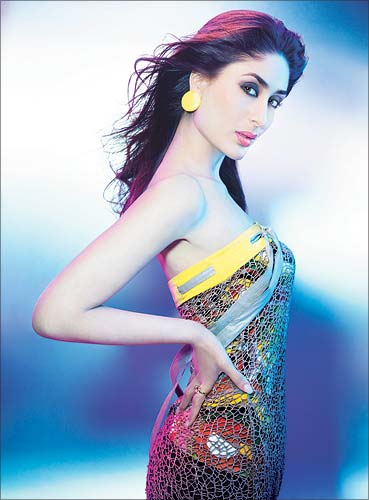 Kareena Kapoor looked stunning in Tashan, where her figure was an impressive Size Zero.

Here's a first look of the actress in her new film, to be directed by debutant Prem Soni.