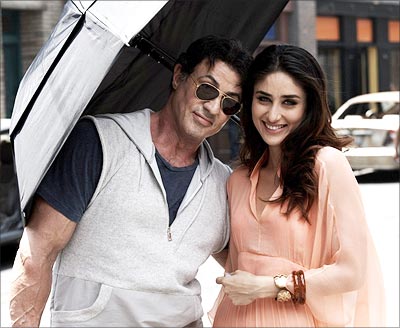 It seems the Rambo star is so impressed with Bollywood's increasing international popularity that he decided to make an appearance in one.

The film, which stars Akshay Kumar [Images] in the lead, revolves around the tale of a stuntman struggling to make it big in Hollywood. Kareena plays Akshay's love interest.

Stallone is also is trying his best to convince his long time buddy Arnold Schwarzenegger [Images] to appear alongside him in the movie.

The film, which is directed by Sabir Khan, will hit theatres in December.