In what many movie observers believe is one of the biggest surprises in years, 18-year-old Dev Patel has been nominated along with Heath Ledger (The Dark Knight [Images]), Josh Brolin, (Milk), Robert Downey Jr (Tropic Thunder) and Philip Seymour Hoffman (Doubt) for the Screen Actors Guild awards, in the Best Supporting actor category.

The announcement, which caught the attention of major newspapers and television channels, came just as Slumdog Millionaire was adding more 331 theatres in North America, taking its total count to 500. The film was at tenth spot on the North American box office chart on Thursday, and is expected to go up a notch or two with the new expansion.

SAG also nominated the film, which has grossed nearly $ 8.8 million in North America and $ 1 million in Italy [Images], for ensemble acting just as the nomination and award count for it kept on piling up. The film critics in Phoenix, Arizona, named Ayush Mahesh Khedekar, a rank newcomer, as the best child actor. He plays the youngest of the three Jamals, the oldest being Dev Patel.

Patel's various nominations in America and the United Kingdom pit him against several Oscar winning and nominated actors including Hoffman (Capote), Ben Kingsley (Gandhi) and the two-time nominee Ralph Fiennes (Schindler's List and The English Patient). He has already been declared Most Promising Performer by the Chicago Film Critics Association which named Danny Boyle the best director (while anointing Wall-E as the best picture) and Simon Beaufoy as the best screenplay writer (adapted). 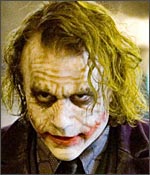 "It is all Danny's work," says Patel, seen in the film as a whiz kid from the slums, who enters the quiz show not to win the million but to draw the attention of his childhood love, Latika (Freida Pinto), whose whereabouts are unknown to him. "He (Danny Boyle) taught me to be a natural actor. He taught me to look at the way people in Mumbai walk and talk. He insisted I spend more than a week in Mumbai before the shooting started."

Patel approached the role with some trepidation. "Within me was this big fear. I knew that I was in the company of some great Bollywood actors, Anil Kapoor [Images] and Irrfan Khan [Images] and that I did not want my performance in any way bring down their work. Besides that fear, my mom is also a great fan of Anil Kapoor and Irrfan Khan. She would have been very upset with me if I had screwed up my scenes with them." 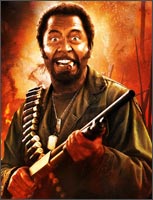 The SAG nominations are crucial because fellow artists choose the best performers, the nominations also boost a film's profile at the Oscar nomination time. Dev Patel's triumph was noticed by Los Angeles Times and The New York Times.

LA Times's blogger Scott Feinberg wrote, 'The significance of this... nomination of Slumdog Millionaire for best ensemble and its star Dev Patel for best supporting actor should not be underestimated.'

'Indeed, not even senior strategists at Fox Searchlight expected their film to show up anywhere today,' he added, 'not because it isn't worthy of all the recognition in the world, but because virtually none of the principal cast (save for Irrfan Khan) has ever been heard of outside of India. The fact that it still managed to snag these two nominations means that the Slumdog love is very real, and should have a reverberating effect on Academy members when they fill out their ballots next month. 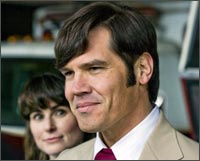 Slumdog was already considered safe for a best picture nomination, Feinberg added, 'but Patel's endorsement today elevates him from a no-name long shot into the presumptive fifth spot in the previously wide-open supporting actor category, as well.'

The New York Times' blogger Badger too said many eyebrows were pleasantly raised at Patel's nomination.

'It has been thought that Slumdog Millionaire with its Bollywood lilt and lack of A or B list Hollywood employment might leave working actors unimpressed, but not so,' the blogger asserted. 'Slumdog Millionaire not only makes the picture list, but Dev Patel, the young man at the heart of the swirling movie, was nominated in the supporting category.'

The London [Images] critics placed Patel, who was raised in the city, in two categories, Best British Actor of the Year and Young British Performer. They also gave the film four other nominations including the Best British Film and Best British Director (Danny Boyle) category.

The film will open in United Kingdom and India next month. 'Danny (Trainspotting) is very big there (UK),' Dev Patel said. 'Our film is going to get a lot of attention there.'