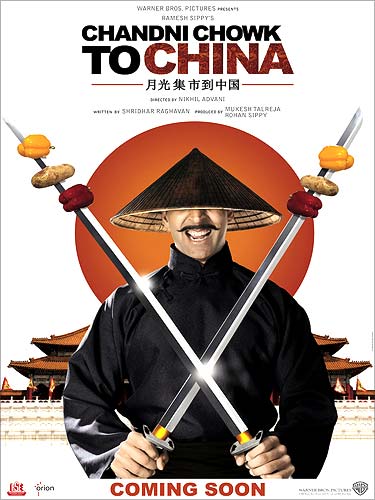 After a smashing 2007, Akshay Kumar [Images] is getting ready for a repeat this year.

After Tashan -- out this week -- will be Singh Is Kinng, and Chandni Chowk to China.

Here's a first look at Chandni Chowk..., which has been directed by Nikhil Advani (Kal Ho Naa Ho, Salaam-e-Ishq [Images]). The film will be produced by Warner Bros.

Earlier titled Made In China, Chandni Chowk has been mostly shot in China, over about six months.

Deepika Padukone [Images] is rumoured to be playing a double role.

So will be see some Punjabi style martial arts in this film? Lets wait and watch!