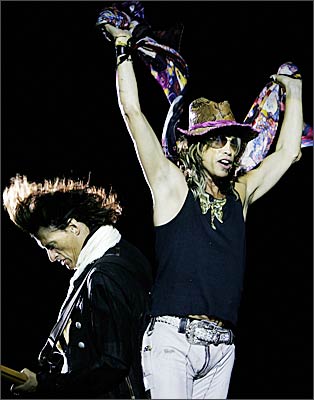 Bangalore got a treat on Saturday night when US rock band Aerosmith performed their first ever rock concert in the city as part of their world tour.

The band, which was formed in 1970, kicked off their world tour on April 12 in Sao Paulo, Brazil, marking their first performance outside North America and Japan in eight years.