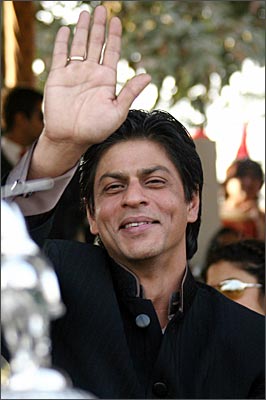 Sharing his experiences is Sanjeev Sharma who knew Shah Rukh Khan [Images] in his childhood.

During the early 1980s, I was still a child, and lived in Jharoda Police Training School in . Shah Rukh Khan would come there often for a puppet show. He would even snack in the Delhi police canteen.

He had a charming personality and mingled with the Jats in the training school. He would talk about the movies, and his love for Gauri, his girlfriend then.

Shah Rukh would often complain to my father, an ACP (Assistant Commissioner of Police), why Gauri's father was against their marriage because of religion.

After six months, he left Delhi. He bagged the television serial Fauji, and moved to Mumbai. Later, he returned for a bit to get his passport made.