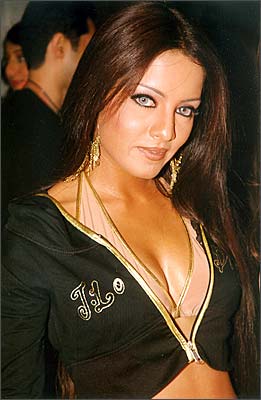 Sharing his experiences is Govind Kant who was a paying guest in the same house as Celina Jaitley [Images].

The year was 1996. I was working in Kolkata. I was a paying guest at a home in Ballygunj Circular Road. Celina was also a paying guest in the same house, and lived in the adjoining room.

She was a small time model at the time and would appear in an advertisement in the local newspaper, The Telegraph, for a local tutorial.

I remember boasting to my friends whenever I saw the ad that the girl lived in the same house as I did.

She was seeing a guy then, who had the physique of a bouncer.

She would come home late in the night due to her modelling assignments.

My only conversation with her was when I borrowed an Archie's comic, of which she was a fan.

I later came to Sydney for higher studies and it was here that I learnt that she had become an actress.

This has now become a regular story I tell around the dinner table to friends.