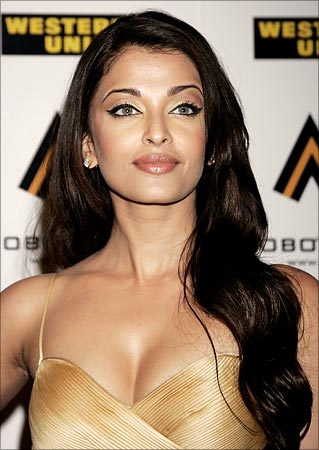 Sharing her experiences is Shivani who went to the same college as Aishwarya Rai [Images].

I studied for a year at Jaihind College, Mumbai, in the science stream.

Aishwarya joined the college later, as she had initially joined KC College. Since KC College was quite close to my college, guys struck by her beauty in that college would come and stand at our college gates!

She was strikingly beautiful even then. She would travel by train, and would board at Khar station. If we happened to be together, we would walk to college, which is a few minutes from Churchgate. Boys (and girls) would just stop to look at her in awe!

She had a big group of friends and they would enter class at the last moment, and would always sit on the last bench. But they would sit in the first bench for the Physics lectures because we had a very strict teacher, and because Aishwarya wanted to impress the teacher!

She was the apple of all the teachers' eyes, especially the Physics lecturer who was the one to encourage her to appear in the college magazines, I think.