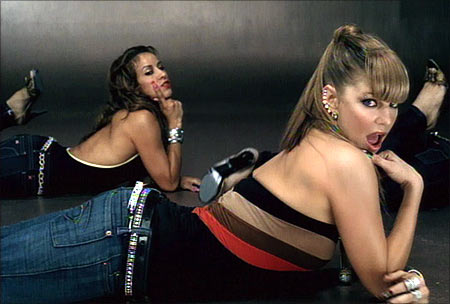 The Black Eyed Peas' My humps (pictured here) has topped the list of Most Annoying Songs, in a poll conducted by Rolling Stone magazine.

The Californian-based band's number was followed by Los Del Rio's Macarena at the second spot.

Who Let The Dogs Out by Baha Men and Titanic [Images] theme song, My Heart Will Go On by Celine Dion, secured third and fourth places respectively, reports Contactmusic.

The complete list of the Most Annoying Songs, compiled by Rolling Stone, are as follows: