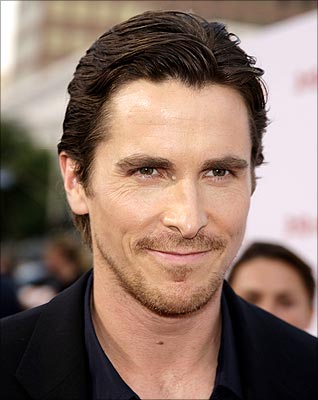 Christian Bale is in talks for the role of John Connor in the next installment of Warner Bros.' Terminator franchise.

If things go as planned, the actor will be headlining two major pictures for the studio -- Terminator Salvation: The Future Begins and the Batman movie The Dark Knight.

Bale will play Connor, who will be in this 30s, in the fourth installment of the franchise, reports Variety.

McG is directing the project, with the picture scheduled to start production in Budapest in April next year.

It is scheduled to hit screens in summer 2009/

Warners picked up North American distribution rights to Terminator Salvation in October. International rights are still open; Sony has first rights to those.

The picture is being produced by the privately funded Halcyon along with former Intermedia CEO Moritz Borman; the two teamed up to acquire the rights to the franchise from ex-Carolco partners Andy Vajna and Mario Kassar.

Producers intend the project to be the first in a trilogy reinventing the franchise.