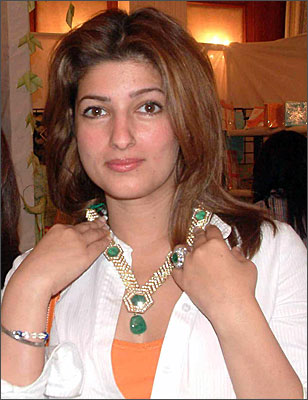 Sharing his memories is Navin Shenoy, who was in the same school as Twinkle Khanna [Images].

I studied with Twinkle Khanna or Tina as she was called in standard nine at New Era High School, Panchgani (a hill station near Mumbai well-known for its boarding schools).

She was good in studies and always ranked among the top 10 in our class. She used to take part in school plays. But most of the time, she kept to herself and had very few friends at school.

I will never forget an incident when she got up to give her maths paper (answer sheet) to a guy in the middle of the standard ten board examinations.

One of the exam invigilators caught both of them in the act and in panic, Twinkle nearly tore her answer sheet. However, the invigilator knew who she was and let her off with a warning.