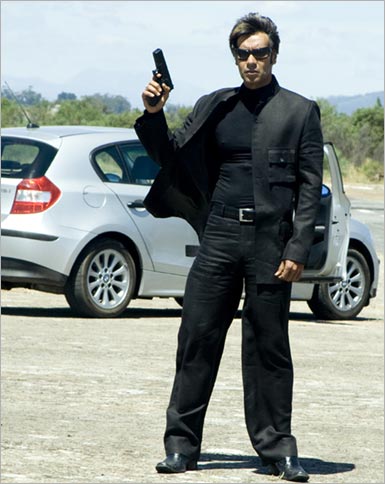 Sharing her memories is Alvina Sreekrishna, who studied with Ajay Devgan [Images].

I never thought even in in my wildest dreams that Ajay Devgan -- whom I knew as Vishal Devgan then -- would become a superstar. We studied together at Silver Beach High School, Juhu.

Though his dad was related to the movies (Veeru Devgan is a noted action director), he was like any normal guy.

Coincidentally, we shared the same birth date, April 2, and would wish each other on our birthday. It was nice to be able to say 'same to you'.

He was a quiet boy but was very mischievous when the teachers were not looking. It makes me feel good that I studied with such a star.