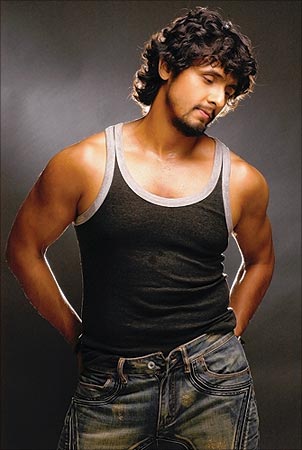 Sharing his experiences is Sumit Kapoor, who studied with Sonu Nigam [Images].

The name Sonu Nigam brings back old memories of my school days.

Though Sonu (he was my senior) and I shared the same school, J D Tytler, Rajender Nagar, New Delhi, we never spoke to each other.

Even during those days, the magic of his voice made us forget everything else. He sang on various occasions and school functions. The moment he came on stage, everybody would stop to listen to him. There would be complete silence. It was a pleasure to hear him sing.

We would call him the Pankaj Udhas of our school because we knew that one day, he would make it big as a singer. A few years later, our prophecy came true when we heard him sing the song, Achcha sila diya tune mere pyaar ka.

Looking back, it was definitely a great feeling to study with a celebrity. I will always cherish those days forever.