After the high profile Ajit-Shalini and Dhanush-Aishwarya weddings, the marriage of actors Surya and Jyothika on September 11 is the most talked about in the Tamil film industry.

Citing security reasons, the plan to have a grand reception has been cancelled, and the venue has been shifted to a hotel. The wedding will be solemnised between 6 and 7 am and, soon after that, there will be a reception for VIPs including the present and former chief ministers of Tamil Nadu. Other restrictions include only two guests per invitation and no gifts or flowers to the newlyweds. 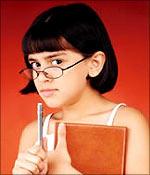 It isn't a new thing to see girls from Mumbai and Delhi entering the Telugu film industry. But the number of them is slowly increasing, with new heroines being signed by Telugu directors.

Puri Jagannath, fresh from the success of Pokiri (which catapulted Ileana to the slot of hottest Telugu heroine), has taken on Hansika as his latest heroine for Desa Muduru, starring Allu Arjun. Hansika is also paired with Mimoh (Mithun Chakraborty's son) in the Hindi film He: The Only One.

Hansika will be on alien territory as far as language goes though. Whether she will be seen as a glam doll or actor of substance in Desa Muduru and He remains to be seen.

Jayasudha in a Kannada film

Yesteryear actress Jayasudha is all set to act in a Kannada film titled Thaayiya Madilu. She plays the mother of Shivaraj Kumar in the film to be directed by S Narayan. Interestingly, a long time ago, Jayasudha acted as Dr Vishnuvardhan's heroine in Nee Thanda Kanike.

Thaayiya Madilu revolves around the relationship between a mother and son, a sentiment factor that usually ensures success. Rakshitha plays the lead and, for the first time, opposite Shivaraj Kumar. Shooting begins on September 2.

Ramya in a Tamil film with Shaam

Kannada actress Ramya had a successful 2005, with two of her films Datta and Sevanthi Sevanthi doing extremely well at the box office. Now, the actress is working in a Tamil film called Thoondil, co-starring Shaam and Revathy. Shooting is presently taking place in London [Images].

Incidentally, Shaam is also the hero in Kavitha Lankesh's Tananam Tananam and the heroines are Ramya and Rakshitha.