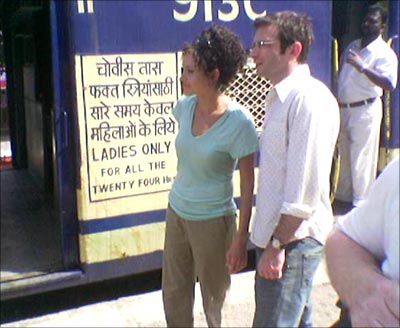 The actress, along with Brad Pitt [Images], is in the city for a week to shoot for the film A Mighty Heart, based on the life of Wall Street journalist Daniel Pearl, who was killed by Al Qaeda [Images] operatives in Karachi, Pakistan, in 2002.