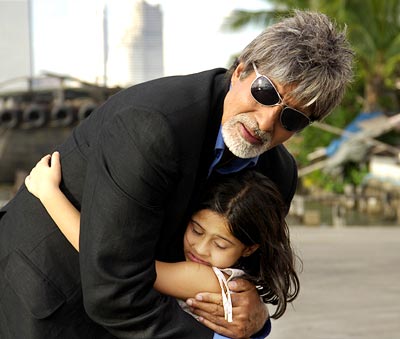 Amitabh Bachchan has surpassed all heroes this year.

His films Bunty Aur Babli [Images], Black, Sarkar and Waqt: Race Against Time have done a business of Rs 1 billion already. Quite an achievement for a man who will turn 63 on October 11.

The film is directed by Apoorva Lakhia, who had earlier directed Abhishek Bachchan [Images] in Mumbai Se Aaya Mera Dost.

Ek Ajnabee film is about a man (Amitabh) who loses interest in life, until he meets an eight-year-old girl. Bachchan's character has been hired by the girl's father to protect her from being kidnapped.

The film was completed in 40 days, in a start-to-finish schedule in Bangkok, Thailand.