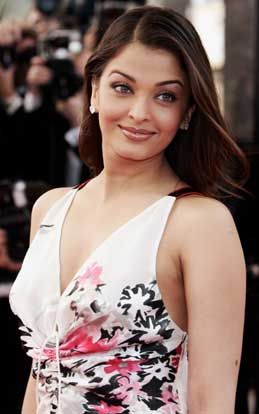 On the opening night, she declared the 58th edition of the Cannes [Images] Film Festival open.

Ash attended the world premiere of Allen's Match Point. And, needless to say, made heads turn!

Match Point is Allen's ninth film that has been selected at Cannes (all of them screened out of competition).

Starring Alexander Armstrong, Scarlett Johansson [Images] (BAFTA's Best Actress for Girl With A Pearl Earring in 2004) and Jonathan Rhys-Meyers (you saw him woo Parminder Nagra [Images] in Gurinder Chadha's Bend It Like Beckham), it is set in London [Images] -- a departure for Allen's usual New York backdrop -- and tennis.