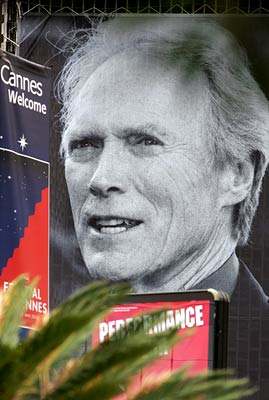 Cannes has gone so Hollywood over the last decade that it's getting to be more like the MTV awards in Miami [Images], than the showcase of great international cinema it used to be.

This year too sees big Hollywood releases garnering all the billboard attention, with the attention on big studio films like War Of The Worlds, the Steven Spielberg [Images] film starring Tom Cruise [Images], and the eagerly anticipated final installment in George Lucas' mega-million churning saga, Star Wars: Episode III - Revenge Of The Sith.

Million Dollar Baby is all very well, but we think Clint still looks like Dirty Harry.