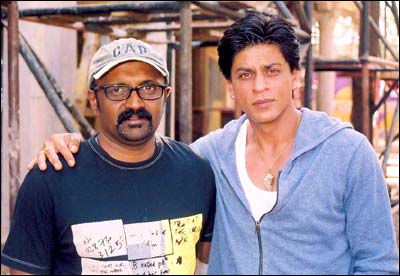 We are sure you know all about Ravi K Chandran (left), the ace cinematographer. But here's something we bet you didn't know about the man behind the brilliant camera work in films like Black and Viraasat:  Chandran is the 'president' of what Shah Rukh Khan [Images] calls his 'bitching club!'

That's not all. Rani Mukerji [Images] only signs commercials if Ravi's the man behind the lens, and Chandran is a frequent visitor at King Khan's [Images] residence, where both are often engaged in long battles -- over Shah Rukh's PlayStation.

SRK [Images], Amitabh Bachchan [Images] and Rani feature in the episode, with tons of trivia about the cameraman, who is currently

Catch the show to learn more about the industry's coolest cameraman.

Don't Miss!
Black: Behind the camera