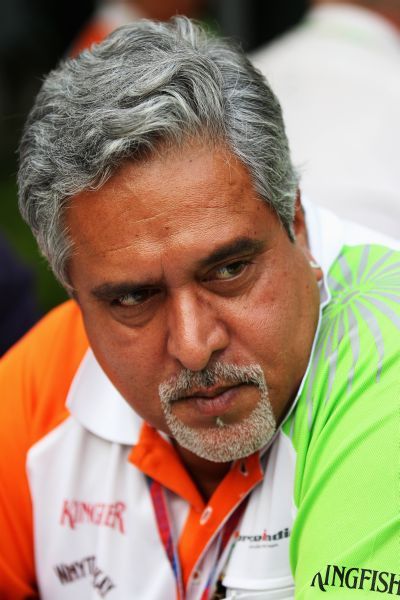 A day after a consortium of 13 banks approached the Supreme Court to prevent controversial industrialist Vijay Mallya from leaving the country, the court was told on Wednesday that the former chairman of United Spirits Limited had been in London since March 2.

While he may not be able to escape the legal process for long, as the Supreme Court has issued notices to him, the entire saga is an example of how crony capitalism has grown deep roots in the country and how banks have dragged their feet when big names are involved.

Several of his lenders have a lot to answer for, if they have to counter the growing perception about their cosy relationship with an errant promoter.

Why, for example, did they take four years to move the apex court? How could they lend crores of rupees to Kingfisher when pledged assets were only one-tenth of the value of the loan?

Or, as the apex court asked, why were loans given to Mr Mallya when he was a defaulter and was facing legal proceedings? It’s also not clear how banks attached such a high value to the Kingfisher Airlines brand and used it as collateral for giving huge loans.

The country’s legal framework has also added to the problem; for example, after United Bank of India declared Mr Mallya a wilful defaulter, a court struck it down on technical grounds.

There are countless other examples of promoters delaying the loan recovery process on some legal grounds or the other, thereby allowing wilful defaulters to become “freeloaders” -- to borrow a term used by Reserve Bank of India Governor Raghuram Rajan.

As the Kingfisher example shows, an inordinately long time in taking action against defaulters only helps in erosion of the value of the underlying assets, leaving nothing much to banks.

In that context, the bankruptcy code now in Parliament is of critical importance.

Like in the West, a modern law with a focus on speedy closure will help firms on the brink to be either restructured or sold off with limited pain for all involved.

In some cases, if this is done swiftly, assets can be put to good use and the firm can be revived. Fast-track courts too are needed in India to take these cases to closure fast.

India does have some laws -- including one on securitisation and reconstruction of financial assets and enforcement of security interest or the SARFAESI Act -- and other mechanisms, like Strategic Debt Restructuring, to address the problem of corporate insolvency.

But many of these laws or guidelines have not worked because of inefficient enforcement.

For example, banks rely on debt recovery tribunals that were created under a 1993 law to help financial institutions reclaim loans. But the tribunals have been swamped with so many cases that it may take at least another four years to clear them.

Mr Mallya is right when he said on Sunday in a grandiose statement that while he has been declared a wilful defaulter, many large borrowers who owe much more have got away.

But swift action on the Mallya case is important, as it will set a strong example for the rest of the large defaulters who have taken the banking system for a ride.

Image: Vijay Mallya is interviewed by the media following qualifying for the Indian Formula One Grand Prix at the Buddh International Circuit. Photograph: Mark Thompson/Getty Images