News
Business
Movies
Sports
Cricket
Get Ahead
Money Tips
Shopping
Sign in  |  Create a Rediffmail account
Rediff.com  » Business » When a typo saved Climate Change summit from the brink of collapse

And the US won the evening 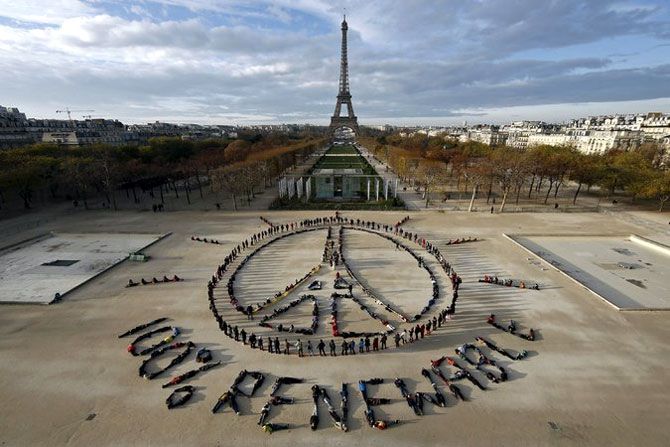 Hundreds of people in Paris formed a message about how to confront climate change. Photograph: Benoit Tessier/Reuters

The US did not like one particular word in the final version of the 31 page Paris package that the French presented on Saturday afternoon. It threatened to walk out of the talks letting the negotiations, carried out over years, collapse in to a heap of historical failure if the word was not changed to suit its need. It wanted a ‘shall’ changed to ‘should’ in one sentence.

The rest 195 countries, yet again, bend backwards to accommodate the biggest economy and the biggest greenhouse gas emitter in the world. They collectively played a sleight of hand. They called the word a typographical error and changed the ‘shall’  to ‘should’  to suit the US. Within minutes the Paris agreement had been passed with almost every gathered minister then speaking eloquently on the spirit of compromise that had brought about the good, though not the perfect, agreement. The typo had saved the Paris agreement.

That is the weight of words in climate change agreements and that is also the weight that US carries at such multilateral negotiations.

In the two weeks before Saturday most developing countries had joined forces despite the overwhelming weight of developed countries to ensure that the wall of differentiation remain intact between them and the developed countries. The intent was to make sure that the countries with historical responsibility for climate change continue to do more to cut the global greenhouse gas emissions than the rest. The US and the Umbrella group that is part of, along with the EU had hammered through the weeks that the firewall had to be demolished.

In an exercise manufactured to dictate terms through public discourse, the EU and the US had stitched a so-called coalition of high ambition with some smaller countries to show that not every developing country was in favour of differentiation and the emerging economies were blocking the talks towards an ambitious deal. The coalition failed to impress negotiators behind closed doors though it grabbed eye-balls in the media as it emerged the coalition really comprised of just about 15-20 countries and not the 100 plus its promoters had claimed.

With India and China leading together from the front along with the Like-Minded Developing Countries and many African and Gulf countries  also joining ranks, US and EU were not gaining as much traction as they would have expected. 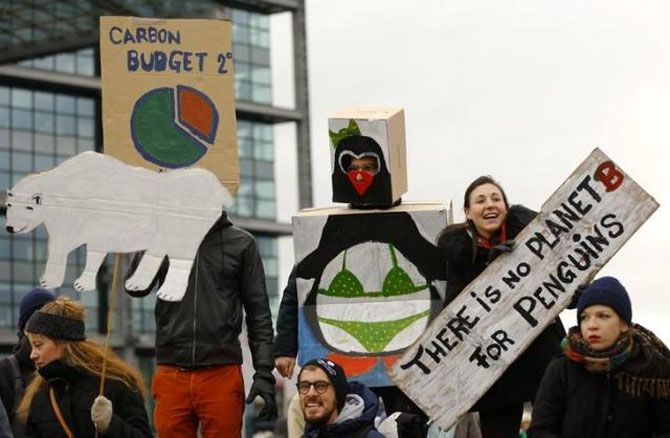 The second week of talks began and stories emerged of tough negotiators from key developing countries being kept out of the negotiating rooms under pressure from developed countries. Phone calls were being made across capitals – Modi and Obama talked too. The French needed a successful event, the US wanted a deal that President Obama could claim as his legacy. The second week was also the time for hectic backroom parleys between key countries. India, China and the US were deeply engaged at ministerial and technical level trying to settle tricky issuses.

Language was being found to be inserted in the Paris text. The US got away with its demand on having equivalence on transparency. India was able to block any demand on it to contribute to climate finance. The US, after a lot of hard-talk and was giving in slowly to let differentiation exist between developed and developing countries even if in a dented form.

A balance was being created where each country or group could claim it had got a phrase or an idea or two in the agreement to claim their own. The balance had to respect the deep red-lines of the big countries at the same time – the issues they would simply refuse to compromise on.

By Friday night the French hosts were calling in groups and key countries trying to find comfort zones that each could live with in the final version of the Paris agreement. In a show of brilliant diplomacy the hosts had pulled almost of the groups on board. If all countries thought they had lost only a small bit of their demands the deal could go through. Additionally if each one could be given a notional victory to show off it would be perfect.

India wanted the word climate justice inserted, after all Prime Minister Modi had talked of it and the need for lifestyle changes.  The US was worried that if the phrase was put in a place where it really had meaning the agreement held the potential of meaning everything the US was against. The phrase was put in a corner of the agreement where it would remain a toothless notion but be there to be shown off in Delhi.

But when on Saturday the French brought out the final draft of the Paris package, the US was livid. Article 4.4 of the agreement said, “Developed country Parties ‘shall’ continue taking the lead by undertaking economy-wide absolute emission reduction targets. Developing country Parties ‘should´ continue enhancing their mitigation efforts, and are encouraged to move over time towards economy-wide emission reduction or limitation targets in the light of different national circumstances.” 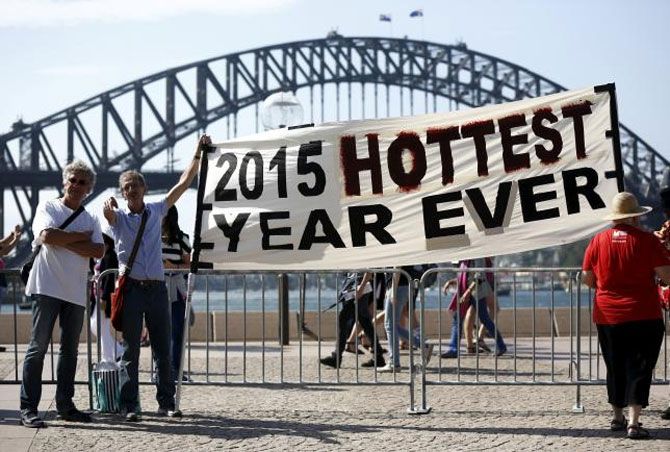 The ‘shall’ meant they had no option but to undertake economy –wide targets. They wanted ‘should’ which would give the option to have emission reduction targets of the kinds developing countries have. For a country which had joined the ‘Coalition of High Ambition’, the game was out. It wanted to have the option to lower its burden of climate change when it desired.

That could not be said publicly but it had to be changed at all costs. So John Kerry began making calls. India received one too. The US went to the French as well asking for the change. Hectic backroom talks reached frenetic levels as the French delayed the final open meeting on Saturday.

The French warned that if at this stage the US opened up the document to negotiations again, other countries who had some problems would also want their problems to be resolved. It could open a Pandora ’s Box and rip the fine balance apart.

India by then had found several provisions in the Paris package that were problematic – some more than others. Indian team was a bit angry at some promises that had not been kept by the US and the French and it was wondering how to deal with these. Calls were being made to Delhi. The African group had its own problems but the larger G77+China prevailed on them to let it be for the sake of compromise. Similarly Argentina and other countries were unhappy with the sections on Adaptation but were willing to live with it. A sense of compromise was prevailing.

The US back after talks with the hosts told India that it would let go and not open the document to changes again. John Kerry told as much to the media before walking in to the plenary hall where the document was to be adopted. But India and many others were unsure knowing US would not relent. 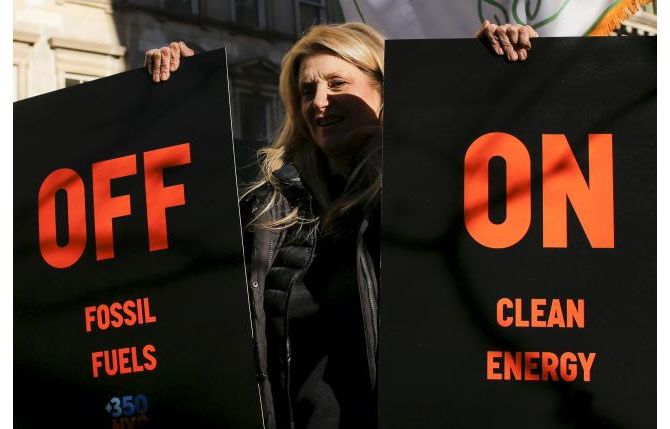 The final plenary meeting opened. But, within minutes everyone could see there was a problem. Key countries including India, China, South Africa, Malaysia and the US were gathered in a huddle on the floor of the plenary hall as the meeting stood suspended. The US wanted the word changed. It explained that it could not go back home with the ‘shall’ because that would imply a legally binding requirement on its emission reduction targets and President Obama would need to take the agreement to senate where he would definitely fail before the Republican onslaught. The huddle continued for more than half an hour.

Internally India and many other countries had thought it was a good opportunity to bargain for more from the US. If it opened up the document now to negotiations they too could get back some of the provisions that had been denied to them by sleight of hand.

India had been promised that the provision restricting global financial flows only to climate-sensitive investments would be removed. But it was sticking there in the draft agreement. The US had promised the transparency provisions would not be the same for all till at least 2025.

But then the huddle broke and the meeting began. A unique solution had been found.  Along with some actual typographical errors, the legal head of the UN climate change secretariat announced that the ‘shall’ was a mistake. It should have been a ‘should’. US’  burden to take on emission reductions had been downgraded with a typo. The deal was gavelled.

Africa had given up its demand to be named as a region with special circumstances. India had relented on its demands and the Like Minded Developing Countries relented on one of their super-red lines about making sure developed world mandatorily take on economy-wide absolute emission targets. Others had sat back and watched. Phone calls buzzing across world’s capitals to leaders had worked. The French had a successful summit. The US had it’s ‘should’. The world had the Paris global climate change agreement.