News
Business
Movies
Sports
Cricket
Get Ahead
Money Tips
Shopping
Sign in  |  Create a Rediffmail account
Rediff.com  » Business » Sensex rise: Why you need to be cautious

Sensex rise: Why you need to be cautious

The phrase most experts use to describe the current rally in the markets is: "Probably, this time will be different."

On Tuesday, the Sensex closed over the physiologically important 20,000-mark, which is just about 1,200 points away from its all-time high of January 2008.

While there are fundamental reasons that justify the rally, there are concerns as well, especially about the pace of rally and its sustainability in the near term.

Positively, there is a clear difference in the rally of 2008 and the current one, with the latter on solid ground.

"In 2008, dreams were being bought. It was frenzied - people were jumping in as if there was no tomorrow. At this point, there are no bubbles. But the pace of the rise has been scorching, so it might correct a bit," says Gul Teckchandani, an investment expert.

"In 2008, everything - commodity prices, global economy or the markets - were at peak. Now, these indicators are still showing a recovery," says Swati Kulkarni, vice-president and fund manager, UTI Asset Management.

Fundamentals remain sound: The economic growth dipped to almost 5.8 per cent in the quarter ended December 2008, but it has again recovered to pre-crisis levels and grew by 8.8 per cent in the latest June quarter, which has resulted in renewed optimism among investors.

Not only this, the double-digit growth in industrial activity, a better-than-expected monsoon, revival in industrial capex and improvement in corporate earnings have also helped. Next year, too, GDP growth is expected to be good at 8-8.5 per cent.

Liquidity: Liquidity is the single-largest factor driving the market. Fears of a double-dip and slow growth in the western world have put fast-growing emerging markets on top of the buying list of global investors.

Year-till-date, FII investments in India have crossed Rs 1,00,000 crore (Rs 1 trillion), which is the highest ever. The sustainability of this will depend on India's ability to maintain growth as well as global news flow.

Valuations, not cheap: Valuations, however, are not cheap anymore. This is also a reason that there could be higher volatility in the short term.

"This is a sharp rally driven by liquidity, which is also a reason that valuations are getting stretched from the short-term perspective. There could be a correction, but when (timing) - we do not know," says Ved Prakash Chaturvedi, MD, Tata AMC.

Outlook: While experts suggest that the outlook remains positive, there is also a need to be cautious due to the sharp rise in prices and the fact that markets have already started to factor in 2011-12 earnings.

While they expect the near term to be choppy with bouts of volatility, a correction of 15-20 per cent is also likely. Although its timing is not easy to predict. The advice to investors is to keep an eye on liquidity (FII flows) and the need to be selective.

Says Gul Teckchandani, investment expert: "The broad outlook is positive. But, you have to be careful in selecting your stocks and, alternatively, brace for a 20-25 per cent correction." He adds there are opportunities in select pockets, like power, infrastructure, oil & gas as well as select auto segments like commercial vehicles. These haven't really participated in the rally.

On the other hand, Macquarie's analysts are overweight on industrials, materials and healthcare. 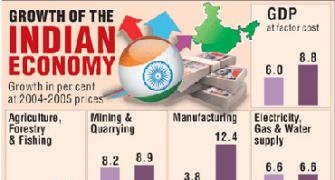 India's GDP booms at 8.8%, thanks to manufacturing 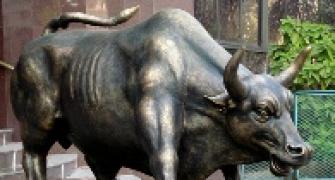 What to do when markets are jittery 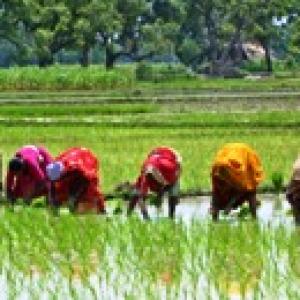 How to sustain a high GDP growth