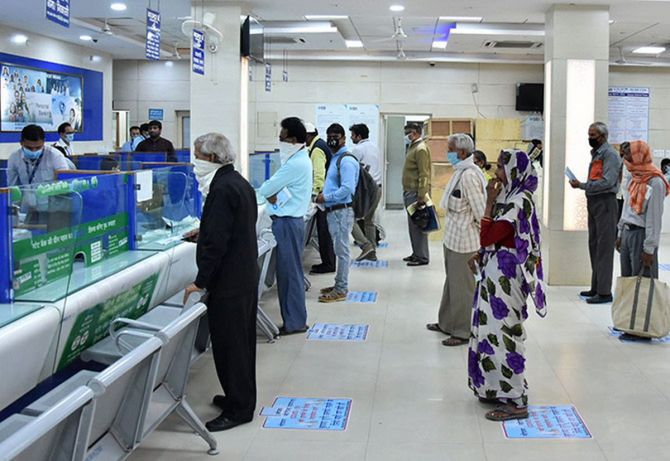 Kindly note the image has only been published for representational purpose. Photograph: PTI Photo

At a time when the government's initiative to privatise public sector banks has drawn flak from several quarters as these lenders are seen to be at the forefront of lending to the rural areas, Reserve Bank of India's data tells a different story.

In the last four years (since September 2017), public sector banks have cut down on their overall branch strength sharply while the presence in rural and semi-urban areas also declined.

Private banks, on the other hand, expanded their overall branch network rapidly and their semi-urban and rural presence has grown commensurately.

Their branch network in rural and semi-urban areas reduced by around 1,200 in these four years.

Between 2014 and 2020, private banks almost doubled their branch presence in rural and semi-urban areas.

According to norms prescribed by Reserve Bank of India, a bank needs to operate at least 25% of the total number of branches opened in a financial year in unbanked rural areas.

Data for the last seven years since the Narendra Modi government came into power clearly shows 2017 marks as a break from the earlier trend, as public sector banks started contracting their branch network since then.

One of the key reasons why public sector bank's branch expansion was restricted was because these 11 of these banks were put under the Prompt Corrective Action framework of RBI.

Restrictions were imposed as these lenders' financial parameters deteriorated and capital depleted.

IDBI Bank, for example, which came out of the prompt corrective action a few weeks ago, had 408 rural branches and 586 semi urban branches as on March 31, 2017 -- just before the bank was put under PCA in May 2017.

IDBI Bank, which was government-owned earlier, was categorized as a 'Private Sector Bank' for regulatory purposes by the RBI with effect from January 21, 2019 after the Life Insurance Corporation of India acquired 51% stake in the bank.

As far as agriculture credit is concerned, the public sector banks missed the target of 18% of adjusted net bank credit for the financial year 2019-2020, after achieving the target in the previous three years.

'During 2019-20, although all the bank-groups managed to achieve the overall priority sector lending (PSL), several sub-targets like those for agriculture, micro enterprises, small and marginal farmers (SMF) and non-corporate individual farmers were not achieved by some of them,' the RBI's Trend and Progress report for FY20 observed.

Private sector banks, on the other hand missed their target for agriculture lending in all four years.

The banking regulator observed that priority sector credit decelerated across constituent categories as well as across bank groups during 2019-20 while the deceleration in agricultural credit was led by Kisan Credit Card loans. 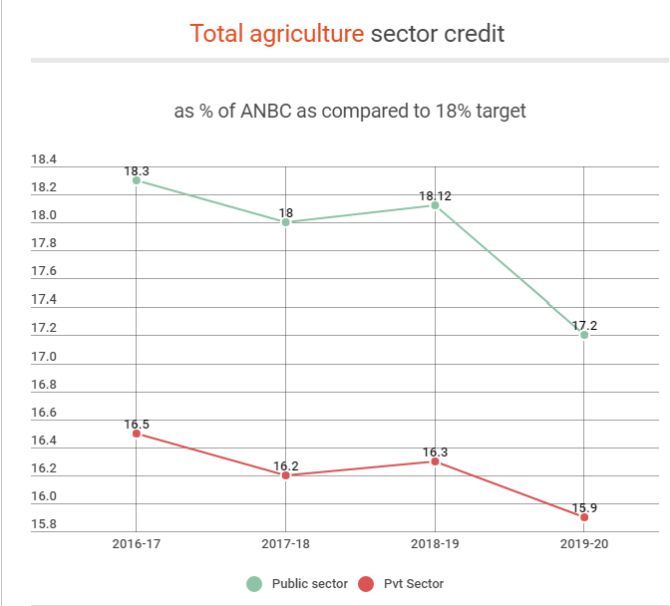 Another reason is the merger among the public sector banks.

In the last two years, 13 public sector banks have been merged into 5.

Since many of branches of merger bound had branches in close vicinity of each other so some degree of rationalisation may have taken place.

Fresh branch by the merged banks were almost stalled.

The decline in rural penetration also comes at a time when an internal working group (IGW) of the RBI recommended granting of bank licences to corporate houses, which is currently not allowed.

The 2016 on-tap guidelines had the condition that if promoting entity or the group has total assets of Rs 5,000 crore (Rs 50 billion) or more, the non-financial business of the group should not account for 40 per cent or more in terms of total assets or gross income, to be eligible for having a bank licence.

In its report, the IWG cited data to show that public sector banks have lost market share to private banks more rapidly than ever in the five-year period, 2015-2020.

Private sector banks' gain in market share was commensurate with the fall of public sector counterparts. 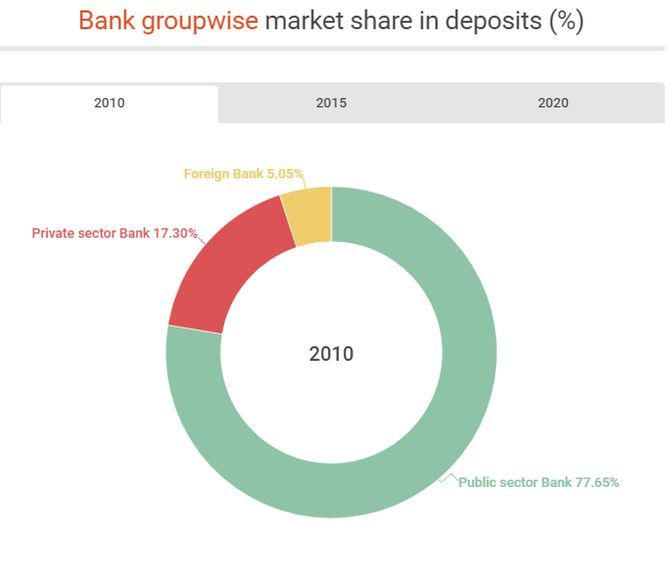 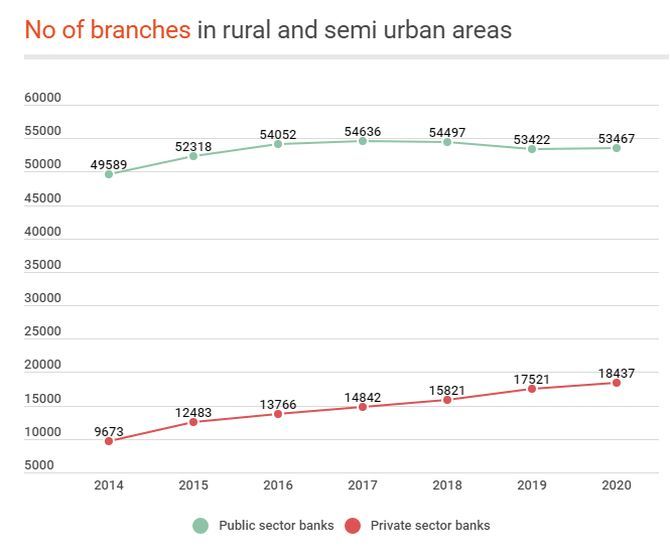 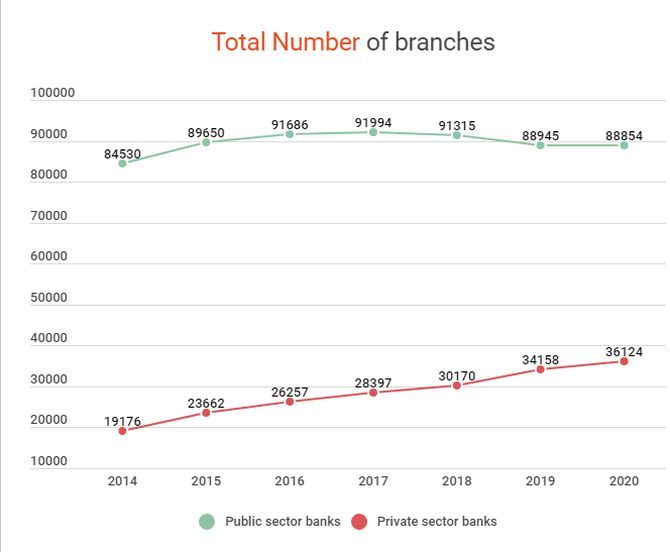