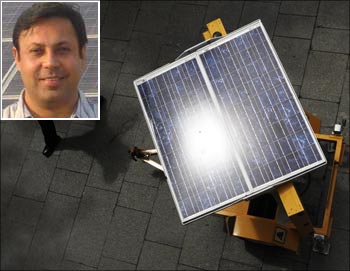 Inderpreet S Wadhwa has mostly been associated with start-ups and Fortune 500 companies. He also co-founded and sold a software education company in Silicon Valley a few years back.

And though he's still associated with the word 'silicon', it does not relate to information technology. Instead, he's now the founder & chief executive officer of Azure Power, a solar photovoltaic company that he founded two years ago in India.

On December 1, Azure commissioned the first phase (1 Mw) of its 2 Mw solar PV plant in Awan, Amritsar and has begun to sell solar power to the Punjab State Electricity Board.

That makes him the first entrepreneur to sell solar power commercially in India.

"I returned to India after 15 years to make a difference, besides making money," says Wadhwa. In 2007, he started on his vision to set up India's first private solar power plant.

"Many small and big companies have entered the fray but none of them have commissioned any projects yet," he adds.

Commercial and sentimental reasons dictated his choice of Punjab. "I was born in Amritsar, so I wanted to give something back to this place," he said.

Besides, the Punjab government is offering a peak rate (peak hours are billed at higher rates) for sale of power from solar projects at Rs 8.93 per Kwh (kilowatt-hour) from 2011-12, higher than the Rs 3 to 4 per kwH it pays for conventional energy.

This doesn't quite cover costs (Rs 12-20 per kwh) but because the power purchase agreement with Punjab is valid for 25 years, Wadhwa reckons he'll make money at some point since the costs of solar power generation are expected to decline at 7 to 9 per cent per year by 2020. Hence, Azure Power gets the benefit of reduced costs over time and it also does not have to look out for buyers during this period.

After planning to generate 18 Mw power through solar PV power plants, the state government has started to allocate other such projects. Being environment-friendly and pollution-free, the Punjab government has stated that these projects should be eligible forcarbon credits under the Clean Development Mechanism.

Wadhwa argues that his costs will fall further once the prices of silicon and PV modules fall. "Besides, the ministry of new and renewable energy allows for a further generation-based subsidy (varies in each state) which makes it a viable proposition," says Wadhwa.

Wadhwa is also talking to other state governments like Haryana, Gujarat, Maharashtra, West Bengal and Karnataka to set up solar plants.

All these states offer different peaking rates and assure purchase of solar power for a given period of time in a bid to encourage renewable energy projects and reduce carbon emissions.

To finance these plants, he has two more investors lined up. One is the International Finance Corporation, the commercial lending arm of the World Bank, which is planning to make a quasi-equity investment of $10 million (around Rs 46 crore -- Rs 460 million) in upcoming solar power projects in Punjab and Gujarat.

"The debt to equity ratio is 2:1, so we expect to raise a total of around Rs 150 crore (Rs 1.50 billion) in the form of stake sale and bonds," says Wadhwa. He, however, declines to divulge the name of the other investor.

And how does he plan to raise the rest of the money? "Ongoing costs for these plants are minimal. Every proposed plant will generate money that can be ploughed back. Besides, we can always go for an initial public offering (IPO)," says Wadhwa.

Azure Power's uniqueness lies in the fact that the company designs, finances, owns and operates solar power plants. The solar PV modules are imported from countries like China and Wadhwa's team assembles the important modules as "completely knocked down kits".

"Had the quality been better and cost of modules manufactured in India been lower, we would have considered buying the solar PV modules from India itself," rues Wadhwa.

He explains that the solar PV modules imported from China and the US can generate more power per cell and hence occupy less land. "This helps us reduce the cost of setting up plants," says Wadhwa.

"My aim is to be a leading solar power generator in India by offering viable and socially-responsible alternatives to conventional sources of energy," he says.

The favourable policy of the MNRE and the government's National Solar Mission, he hopes, will only further his cause. 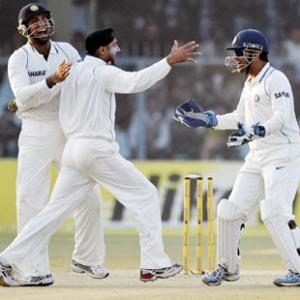