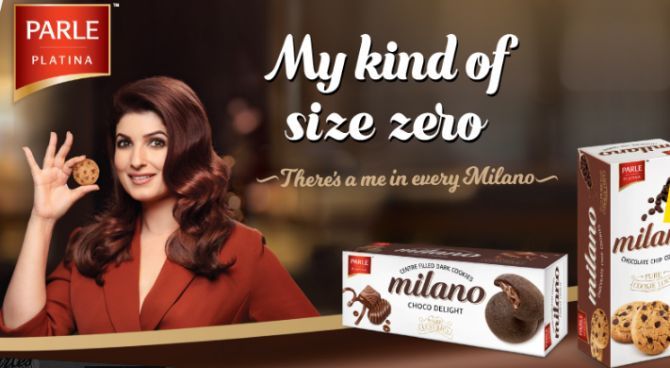 How does a budget brand  leverage its mass following and legacy to extend itself into the premium category?

For Parle Products, this question forms the core of its branding and promotion efforts as it looks to take the Parle brand to a growing band of premium  consumers.

While a definitive answer is still elusive, Mayank Shah, product category head at Parle Products, believes that the best way to do that is to let the consumer lead the brand and not the other way around.

This means a complete overhaul in the branding strategy that the Mumbai-headquartered company, whose flagship Parle-G turns 90 next year, has adopted so far.

Instead of creating a product and promoting it within a niche, it now needs to work backwards to create a biscuit/cookie brand and that can be a hugely unsettling experience.

No surprise then that while Parle-G still brings in the volumes for Parle Products, the company has spent the bulk of its advertising budget over the past year trying to separate its corporate identity from that of its most popular product.

It has also brought in actor-author Twinkle Khanna on board as endorser for its premium Parle Platina range and has taken a lot of its advertising on to digital platforms.

K V Sridhar, founder and chief creative officer at Hyper Collective says Parle-G was the bread and butter brand for a long time; for the company the market was a low-profit, high-volume game.

And though the company spread itself into different categories and launched new brands, its identity has been sharply aligned to the glucose biscuits.

Parle-G has just been named the brand with the largest footprint in India according to a report by Kantar Worldpanel.

It tops the list of the 50 most chosen consumer brands in the country, as per the Brand Footprint 2018 study.

With 4,623 million consumer reach points (CRP), which measures how many households are buying the brand and how often they buy the brand, it beat Amul that came second with 3,605 million CRP.

The biscuit market in India is around 2.9 million tonne per annum, and in value terms it is around Rs 32,000 crore.

“CRP is a metric that shows the width and depth of the brand. How cohesive the brand is or how loyal the consumer is to the brand,” says Shah.

The company has around 50 brands that it has classified into three categories:  Heritage includes Parle G, Monaco, KrackJack, Cheeslings, Popular includes Parle 20-20, Magix, BakeSmith Marie, Top and the Parle Platina range has Hide-n-Seek, Milano, Nutricrunch and others.

For most consumers however, the brand is synonymous with Parle-G and its familiar yellow and red packaging.

Harish Bijoor, CEO Harish Bijoor Consults says that sometime around the 2000s, Parle realised that the brand has to grow beyond its heritage labels.

It had to do more to grab a slice of the rapidly expanding premium category in biscuits and more recently, the growing health-conscious segment of consumers.

Shah elaborates on the brand’s journey from mass to premium. He says that unlike in the past, biscuits are now a food for multiple choices, occasions and moods.

Health is one such, but it is growing faster than the rest.

A premium brand has to understand the nuances that separate consumers according to preference and also according to lifestyle choices in the premium category.

Shah cites the example of Nutricrunch under the premium range.

It comes in three variants to cater to the sugar conscious or sugar less cookie buyer, to those who check fat content and to those looking for a digestive biscuit.

Nutricrunch is targeting around 15 per cent share in the health segment, which is estimated to be around Rs 1,200 crore and growing at around 15-20 per cent, he says.

Nutricrunch will be one of the major drivers for Parle’s premiumisation drive, which is expected to contribute around 25 per cent of the company’s  total revenue as against 15 per cent currently.

The brand is meant to cater to different consumers within the premium band by offering them many variants of the product.

This has helped them to create a premium category around the label that is still associated with a mass product.

The company spends around seven per cent of its turnover on branding expenditure.

It has recently said that the current turnover is around Rs 10,000 crore, which is aimed to grow to Rs 20,000 crore in next five years.

Three to four years back, the branding budget for digital used to be around five to six per cent, which has grown to around 15 per cent today, it said.

Sridhar says that the company has also shown prudence in its advertising strategy.

“They are doing the right thing,” he says by making consumers aware about the number of brands under its umbrella.

For instance it was not as well known that the Hide-n-Seek brand of biscuits is also part of the Parle group, he explained.

For the Platina range, the company has Twinkle Khanna as ambassador and the ads use humour to drive home the message.

Her name is expected to appeal to urban professionals, a segment that Parle has trained its sights on.

The company has been slowly widening the circle around its target audience for Parle-G too.

In the past it was aimed largely at school-going children and the advertising focused on taste, purity and development.

Last year the company switched to nationalism and more recently to friendship, victory, grit and determination as the advertising narrative with an eye on millennial consumers.