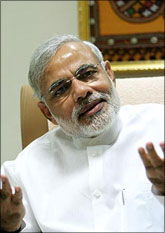 Hitting out at the Narendra Modi government on Wednesday, the Gujarat Congress demanded that the controversial deal between Gujarat State Petroleum Corporation's Pipavav Power Company and Swan Energy Ltd be scrapped since it 'smacked of unprecedented corruption and nepotism'.

Shaktisinh Gohil, leader of the Opposition in Gujarat Assembly, alleged at a press conference that the Gujarat government had nearly handed over the Gujarat Pipavav Power Company to Swan Energy on a platter.

"This is a Rs 14,296-crore (Rs 142.96 billion) scam and the Gujarat government has no right to 'donate' public wealth to a private player in this dubious manner," Gohil said.

Elaborating on the issue he said that with a meager investment of Rs 381 crore (Rs 3.81 billion), the hitherto unknown Swan Energy will walk away with Rs 14,296 crore. "Starting from Gujarat Chief Minister Narendra Modi to top officials of Gujarat State Petroleum Corporation, energy department and chief minister's office are involved," Gohil claimed.

The Gujarat government had preferred to divest its interest in GPPC ahead of the proposed IPO of GSPC.

The 'dishonest deal', Gohil claimed, values GPPC at only about Rs 778 crore (Rs 7.78 billion), while it is commissioning a 702-MW gas-based power plant. GPPC has plans to ramp up this capacity to 1,050 MW subsequently.

Besides this, GPPC has been roped in by the state government to convert three of its power plants from coal to gas and garner precious carbon credits.

Interestingly, Swan Energy with 49 per cent equity in GPPC will get rights over 70 per cent of the carbon credits as per the agreement with GSPC which is unpalatable and makes no business sense, Gohil said.

All this has been offered to Swan Energy in a covert deal without inviting competitive bids, Gohil alleged.

Swan Energy is owned by Navin Dave. He was not available for comments.

Gohil said that the "dubiousness of the deal is evident from the fact that the state government-promoted listed firm Gujarat Industries Power Company Ltd is valued at over Rs 1,500 crore (Rs 15 billion). But, the government has undervalued Pipavav Power Company for corrupt reasons."

According to Gohil, "What lies in the deal is the avarice and the most brazen, unthinkable and wicked conspiracy hatched at the highest level of the government to defraud the state and public of Gujarat."

"All this indicates that the financial records of the company are nothing but forgeries," Gohil said.

"Swan Energy does not have the capacity to pay for 49 per cent equity of the GPPC and need to raise funds purely on the basis of windfall it expects from the largesse the government of Gujarat has now bestowed on it through the virtual grant of free equity in one of its blue chip companies and the huge recurring and undeserved income it will get through the unwarranted grant of 70 per cent of carbon credits accruing to GPPC," Gohil claimed.

"How could a company that invests only 49 per cent walk away with 70 per cent carbon credits?" he asked.

Interestingly, the Pipavav project is nearing completion and according to the official version of the Gujarat government, the project is scheduled to be commissioned in December 2010. This means that the technology required for this was finalised long ago, and subsequently loans were tied up, financial closure was achieved, environmental clearance was obtained, fuel linkages were established and long-term power sale agreement was executed with the buyers.

"There is nothing about the project to which Swan Energy could provide any inputs, even assuming it had the expertise for it," a top Gujarat government official said on condition of anonymity.

"In this scenario, the Gujarat government's decision to 'donate' GPPC to Swan Energy smacks of the dirty designs of the Narendra Modi government," Gohil alleged.

Even the entitlement for carbon credits it intrinsic to the technology and the fuel used and is not dependent on the participation or contribution of Swan Energy. Hence, inviting Swan Energy to the equity of GPPC is a devious means of transferring public wealth for private benefit, Gohil said, adding that this decision of the Gujarat government is likely to cost the state exchequer Rs 14,296 crore over the next 10 years..

The current value of carbon credits is 20 Euros per unit. This means every carbon credit (CER) would fetch 20 Euros, or about Rs 1300. The economic value of CER entitlement signed away to Swan Energy by this deal comes to a staggering Rs 1,200 crore (Rs 12 billion) a year, considering 13.2 million units of CER would be accumulated out of which Swan would walk away with 70 per cent, said Gohil.

Gohil demanded that the Modi government must reveal as to why the government firm's equity was divested without a competitive bidding process. He sought to know the basis of valuation of the Pipavav Power Company and the grounds on which Swan Energy Ltd was selected.

The government had claimed that this was an innovative project and hence no tenders were required, "but SEL has never been in the fuel or power sector so far," Gohil added. 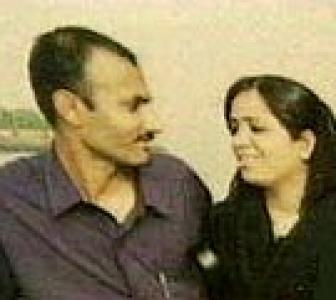