Mixed signals have come from the Prime Minister's Office and the finance ministry on the direction of the Budget, note Nivedita Mookerji and Sanjeeb Mukherjee 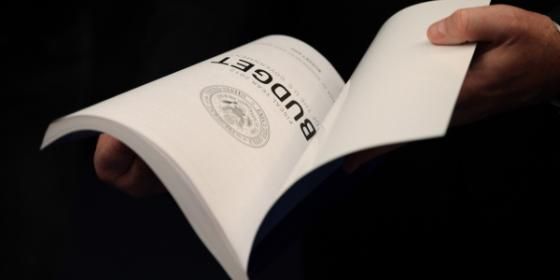 Sabka Budget and Samridhi ki Ore were among the buzzwords in the corridors of power, three days ahead of the Union Budget.

It will be a Budget for all, but not the kind that Aam Aadmi Party believes in, a senior government official quickly clarified, perhaps referring to the Arvind Kejriwal brand of sops.

But, whether this Budget, which is likely to have a clear stamp of the PM, would be driven by the business environment or sops remained a key source of anxiety within the industry, said a source.

Even though both Prime Minister Narendra Modi and Finance Minister Arun Jaitley know that they must deliver on the economic agenda, recent political hiccups around the Delhi election upset and the controversy over ordinances could play spoilsport, another source said.

In fact, mixed signals have come from the Prime Minister's Office and the finance ministry on the direction of the Budget, people in the know said.

Within the finance ministry too, there have been multiple views on how things should pan out.

Overall, while the ministry has been focused on numbers such as containing the fiscal deficit, the PMO is believed to have taken a more conservative view.

The PMO view is that investors cannot come overnight and therefore the government must pump money in to big projects at this point; private and foreign investors can come in later.

The Budget should not be stuck on fiscal numbers alone, the PMO is learnt to have conveyed.

"But, by now, the call has been taken and only the ballot boxes have to be opened,'' a former bureaucrat said.

Whatever the outcome, the big Budget of the Modi government will be different in many ways.

First, the expectation around the Budget is extremely high even as there’s fear that it may end up being populist.

In spite of that contradiction, industrialist participation at the Budget events organised by business chambers -- at plush hotels and their respective offices -- is set to rise manifold, it is learnt.

"Expectations are indeed sky-high from the Modi-Jaitley Budget,'' said an economist.

Another departure is that unlike in the previous years, the PMO is playing a critical role in the making of the Budget.

Also, chief economic advisor in the finance ministry Arvind Subramanian is a primary driver of the Budget.

Usually, the CEA is seen as the architect of the Economic Survey, which documents the performance of the government in the previous year.

Another critical difference between the Budget of previous years and 2015-16 is the complete absence of the Planning Commission.

In the current NITI Aayog, much of this function is being performed solely by the finance ministry.

The Aayog is sending broad views on the Union Budget and is not involved in the nitty gritty of finalising Plan expenditure.

It's a different matter that, officially, it maintains that it is in the process of formalising Plan expenditure.

If there's much hope of a transformational Budget that one has not seen after 1991, it is being realistically balanced out by another set of views in political circles that a big-bang

Budget is unlikely and that it should be seen as ‘work in progress’.

The likely absence of a grand plan or anything extraordinary is being sensed by many ministries as well.

As a senior official remarked, ‘ministries and departments are not sending a large number of proposals for incorporation in the 2015-16 Union Budget.

Instead, we have been told to frame policies keeping in mind the general priorities of the National Democratic Alliance and focus more on consolidation of programmes, which were announced earlier.’

The latest recommendation of the Finance Commission, raising the share of states in central taxes to 42 per cent, should also be seen as an indicator of what is to come, according to another source who clearly did not want to utter another word on the Budget in an environment of heightened secrecy, especially after the leak of official documents from the petroleum ministry and some others.