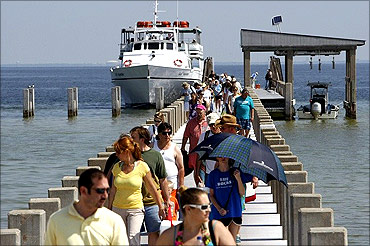 According to World Tourism Organization, a United Nations body, the financial crisis in Spain has helped China to get past the European nation to become the third-biggest tourist destination.

World Tourism organisation said that although India did not receive that many tourists, but it did pretty well in attracting tourist dollars.

India was ranked 41st in the list of top 50 tourist destinations after attracting 5.6 million foreign tourists.

But in terms of tourist expenditure, it rose to 16th position, earning $14.2 billion, a little less than Canada.

The numbers reveal that the cost of tourism in India is very high.

Here is a look at world's top tourist destinations. 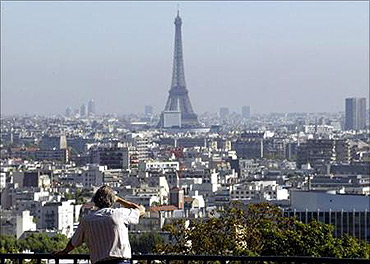 France attracted 78.95 million foreign tourists in 2010, making it the most popular tourist destination in the world.

France offers mountain ranges, coastlines such as in Brittany or along the Mediterranean Sea, cities with a rich cultural heritage, ch teaux (castles) like Versailles, and vineyards.

Tourism is accountable for 6 per cent of the country's income (4 per cent from French tourists travelling inside France and 2 per cent from foreign tourists), and contributes significantly to the balance of payments. 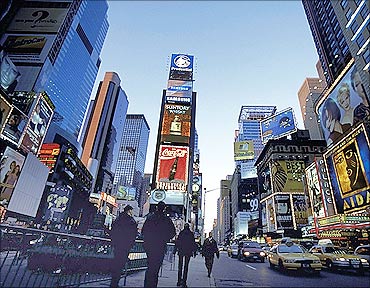 Tourism in the United States is a large industry that serves millions of international and domestic tourists yearly.

The most visited tourist attraction in the US is Times Square in Manhattan, New York City, which attracts about 35 million visitors yearly. 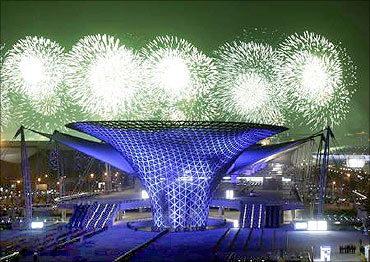 Image: China is seeing a boom in tourism.
Photographs: Reuters

Tourism in China has greatly expanded over the last few decades since the beginning of economic reform and opening.

The emergence of a newly rich middle class and an easing of restrictions on movement by the Chinese authorities are both fueling this travel boom.

China has become one of the world's most-watched and hottest outbound tourist markets.

The world is on the cusp of a sustained Chinese outbound tourism boom. 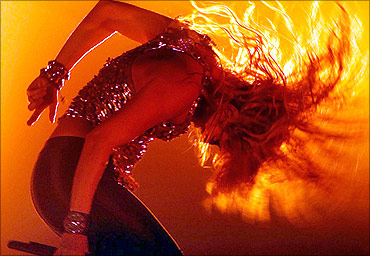 The nightlife in Spain is attractive to both tourists and locals. Spain is known to have one of the best night lives of any country. 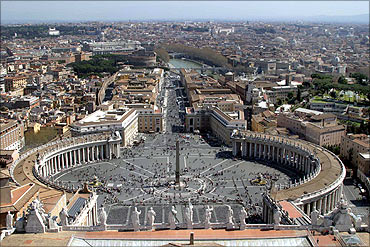 Image: Tourism is one of the fastest growing industries in Italy.
Photographs: Reuters

People mainly come to Italy for its rich art, cuisine, history, fashion and culture, its beautiful coastline and beaches, its mountains and priceless ancient monuments, especially those from the Greek civilization and Roman civilization.

Tourism is one of Italy's fastest-growing and most profitable industrial sectors. 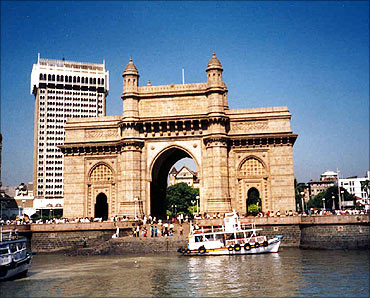 Image: Nine per cent of workforce is in tourism industry in India
Photographs: Reuters
6. India
International tourists in 2010: 5.6 million

Tourism in India is the largest service industry, with a contribution of 6.23 per cent to the national GDP and 8.78 per cent of the total employment in India.

The tourism industry in India is expected to generate about $275.5 billion by 2018 at 9.4 per cent annual growth rate.