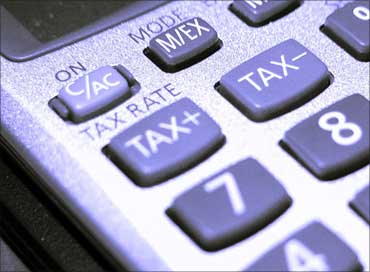 The salaried class will be broadly happy with the revised direct taxes code (DTC), but the harsher provisions for investments in stocks and mutual funds could temper the enthusiasm.

"Universal social security benefits for tax payers may not be feasible in the near future. Also, switching over to a complete EET (Exempt-Exempt-Tax) method of taxation for all savings instruments would entail many administrative, logistical and technological challenges," said the revised discussion paper on DTC.

Among other changes, the revised version did away with the proposed taxation on money received through voluntary retirement scheme, gratuity, annuity and pension.

"In the earlier proposal, the finance ministry had said that employer's contribution to provident fund, superannuation and new pension scheme would be considered as income of the employee. The new draft has done away with it," said Kuldip Kumar, executive director - tax and regulatory services, PricewaterhouseCoopers.

The government had earlier proposed to do away with deduction of interest (up to Rs 150,000) on a housing loan, where the taxpayer resides. The revised draft proposed to restore this deduction. 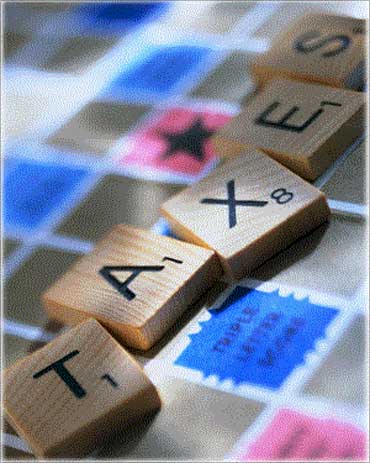 The earlier draft had also introduced a complex mechanism for taxation of rent income. To compute income from house property, the previous draft had proposed "a notional rent on presumptive basis" (at the rate of six per cent).

The notional rent was considered at six per cent of either the market value of the house or the cost of construction/acquisition. "However, this method discriminates against recent owners as such cost is a function of inflation," said the new draft. The revised draft scrapped this method of computing notional rent.

Capital gains could become a part of the total income, after "allowing a deduction at a specific percentage of capital gains without any indexation". The effective rate of taxation, as a result, would be lower for capital gains after one year.

However, if the rate of deduction is 50 per cent, then the taxable amount will be Rs 14.5 lakh (Rs 12 lakh plus Rs 2.5 lakh). At present, there is zero tax on long-term capital gains. In the first draft, stocks and mutual funds were proposed to be a part of wealth.

In the short term (less than one year), the entire amount will be added as a part of the income and taxed as per the slab.

"Given that gains will be taxed at rates higher than the present regime, the proposals may impact capital formation and development of capital markets," said N C Hegde, partner, Deloitte.

In a deviation from the earlier code, the revised proposal retained the existing threshold limit for wealth tax. Earlier, the wealth tax limit was proposed to be hiked to Rs 50 crore (Rs 500 million). The latest draft retained the definition of wealth as 'unproductive assets' such as plot of land, jewellery and cash in excess of Rs 50,000.

And the tax rates will be applicable as per current guidelines, subject to revision later, - one per cent tax over Rs 30 lakh. (Rs 3 million). 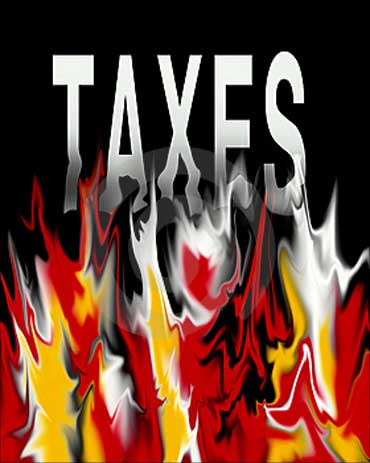 The government today proposed a tax exemption threshold limit beyond which the income of non-profit organisations (NPOs) will be taxed.

According to the revised draft on the Direct Taxes Code (DTC), the NPOs would be able to carry forward 15 per cent of their surplus income, or 10 per cent of their gross receipts, to the next year as exempt from tax.

The carried forward amount will have to be used within three years from the end of the relevant financial year. "The government has responded to representations on taxation of NPOs and given several reliefs. The scope of exemption has been broadened for public religious organisations and been extended to partly religious and partly charitable organisations. The permission to accumulate income is a welcome relief which will provide flexibility to NPOs in their operations," said Sunil Shah, partner, Deloitte.

The earlier discussion paper on DTC had stipulated that if the entire grant was not used by the NPOs in a given year, tax will have to be paid on the residual amount. The revision in the current draft will come as a great relief for NPOs whose surplus income generated from permitted welfare activities was earlier proposed to be subject to 15 per cent taxation in the first discussion paper.

The revised draft has taken into consideration that most of the donation funds flow into NPOs in the last two quarters of the year, making it difficult for them to utilise the funds during the year. However, donations by an NPO out of its accumulated surplus to another NPO will not be considered as funds used for a charitable purpose.

Furthermore, the first discussion paper on DTC had required NPOs to go for fresh registration after the tax regime came into effect. The new draft removes this stipulation and proposes that NPOs registered under the Income Tax Act of 1961 will not have to apply for fresh registration. They would only be required to provide additional information to facilitate the administration of new provisions.

Partly religious and partly charitable institutions will also be treated as NPOs if they are registered under the Code and income from charitable activities will also be liable to tax like other registered NPOs. The revised draft also proposes to empower the central government to notify any NPO of public importance as an exempt entity.

In order to maintain continuity and minimise litigation, the revised draft proposes to maintain the phrase "charitable purposes" (as used in the current act) in place of "permitted welfare activity" (as proposed earlier) in order to describe the charitable intent of the activities by NPOs. 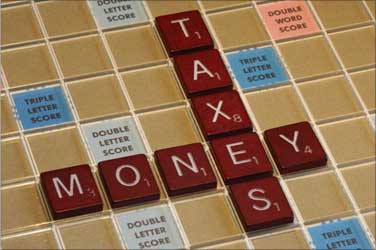 The government has dropped its plans to make the direct taxes code (DTC) override double taxation avoidance agreements (DTAAs). It has proposed that the new law would have preferential status over an existing tax treaty only in three situations.

In the revised DTC draft, the finance ministry suggested that the DTC would be the basis for levying tax, if authorities invoked the provisions of either the General Anti-Avoidance Rule (GAAR) or those related to Controlled Foreign Corporations (CFCs). The third condition would be when branch profit tax is levied.

"Essentially, what the government is saying is that the existing system will continue, except under three specific circumstances. So, it is quite welcome," said Dinesh Kanabar, deputy chief executive officer and chairman - tax for KPMG's operations in India.

The existing provisions of the Income-Tax Act provide that between domestic law and the relevant DTAA, the one which more beneficial to the taxpayer will apply. One of the exemptions to this is taxing foreign companies at a rate higher than that for domestic companies.

"This limited treaty override is in accordance with the internationally accepted principles. Since anti-avoidance rules are part of the domestic legislation and they are not addressed in tax treaties, such limited treaty override will not be in conflict with the DTAAs. Further, this will not deprive any taxpayer of any intended tax benefit available under the DTAAs," the revised draft, released this evening, said.

The move to make DTC override existing DTAAs, unless specifically notified, was proposed as many countries with which India had pacts, such as Mauritius, were unwilling to renegotiate the provisions of these treaties. So, it proposed in case of a conflict between the provisions of a treaty and DTC provisions, the one later in point of time would prevail.

The industry complained this would result in a higher rate of taxation on royalty, fees for technical services and interest income, which were taxed in the source country at a concessional rate according to DTAA provisions. Uncertainty over the cost of doing business in India would also affect foreign direct investment, it was argued. Besides, tax consultants said the proposal was against international norms.

The consultants said that by making DTC override the tax treaties in cases where GAAR was invoked, the government could effectively deal with cases such as companies using the Mauritius route to avoid tax payment. 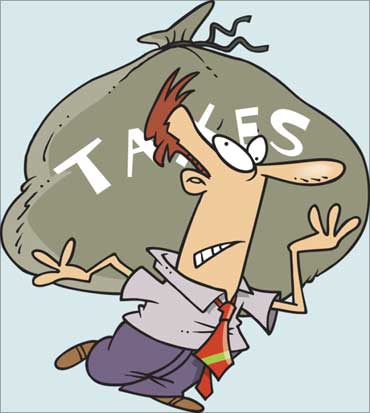 Foreign arms of Indian firms may come under tax net

The revised discussion paper on the Direct Taxes Code (DTC) has proposed to tax the income of foreign subsidiaries of Indian companies. It also suggests that a company incorporated outside India will be taxed only when its management is taking decisions in India.

As an anti-avoidance measure, in line with internationally-accepted practices, the revised draft also proposed to introduce Controlled Foreign Corporation (CFC) provisions to ensure that passive income earned by a foreign company controlled directly or indirectly by a resident in India is taxed by authorities here.

"(In cases) where such income is not distributed to shareholders resulting in deferral of taxes, shall be deemed to have been distributed. Consequently, it would be taxable in India in the hands of resident shareholders as dividend received from the foreign company," said the discussion paper.

The government's revenue collections are being affected in the absence of CFC rules as many Indian companies avoid or defer bringing back the profits to the country, and instead, deploy the funds for overseas expansion. This results in delayed or non-payment of taxes on the profits made by the foreign arm.

"The revised discussion paper suggests that the profits of a foreign subsidiary will be taxed in the hands of an Indian company. It is not clear what percentage of these profits will be taxed and how many layers will be taxed. Some of the global companies have explored creation of layers to mitigate tax," said Pranay Bhatia, associate partner, Economic Laws Practice.

The revised paper also made changes to the concept of residence in the case of a company incorporated outside India. The DTC had proposed that a foreign company will be treated as resident in India if, at any time in the financial year, the control and management of its affairs is situated "wholly or partly" in India (it need not be wholly situated in India, as at present).

"Under the current law, the global income of a company controlled and managed wholly in India is taxed in India. This is the reason many foreign companies do not want the control and management of its affairs in India. DTC changed it further to 'wholly or partly' managed in India. This means even if one of board meetings of a company takes place in India, its global income could be taxed here. This has been proposed to be rationalised to tax the companies having 'place of effective management in India'," Bhatia said.

The word 'partly' used in DTC set a very low threshold for regarding a foreign company as a resident in India. Apprehensions were raised that it could lead to a foreign multinational company being held as resident in India on the ground that some activity like a single meeting of the board of directors is held in India.

Also, a foreign company owned by residents in India could be held to be a resident in India as part of its control may be in the country.

"It has been represented that this will result in uncertainty in taxation and will impact foreign direct investment into India," said the discussion paper.