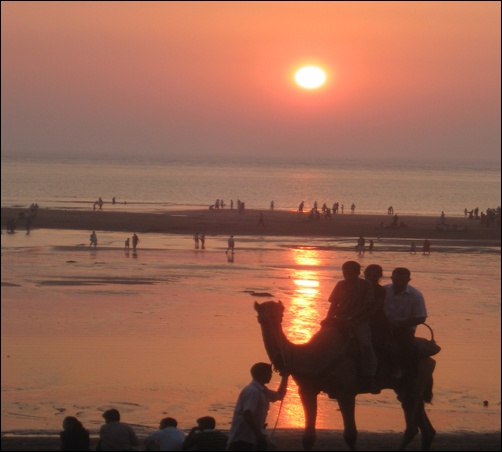 India's economic success is powered by these states. Take a look at the states with the highest nominal GDP and GDP per capita for the financial year 2011.

India's richest state, Maharashtra contributed 25 per cent of the country's industrial output and 23.2 per cent of its GDP in 2010-11.

Mumbai, the capital of Maharashtra and the financial capital of India, houses the headquarters of all major banks, financial institutions, insurance companies in India.

Maharashtra is the second largest exporter of software with annual exports of Rs 18,000 crore (Rs 180 billion), with over 1,200 software units based in the state. 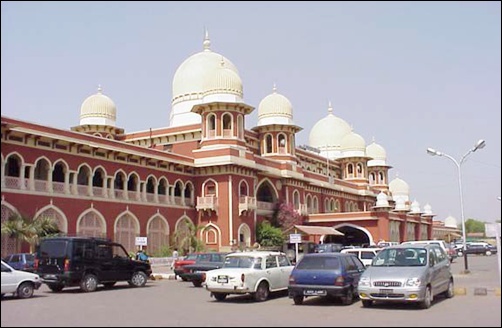 India's most populous state, Uttar Pradesh, is the second largest state-economy in India. 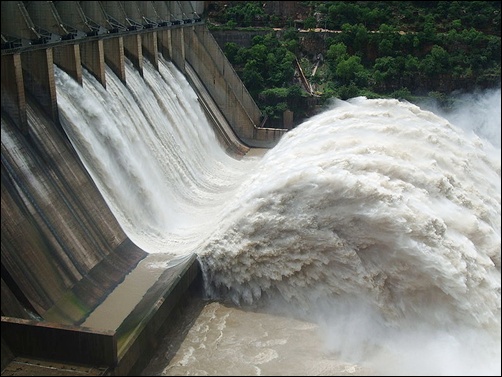 Andhra Pradesh is also known as the 'Rice Bowl of India'. Besides, agriculture, the key sectors in the state are information technology, biopharmaceuticals, power, automobile, tourism, textiles, retail, leather, mining and religious tourism. 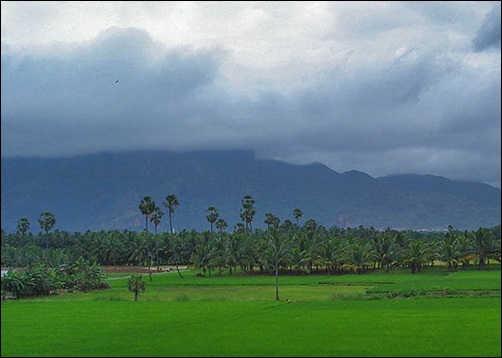 Tamil Nadu is the eleventh largest state in India by area and the seventh most populous state.

It is the fourth largest contributor to India's GDP and one of the most urbanised states in India. The state has the highest number (10.56 per cent) of business enterprises in India. 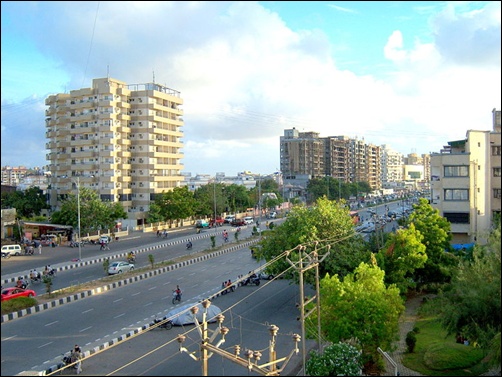 One of the most industrialised states, Gujarat leads in various industrial sectors including textiles, engineering, chemicals, petrochemicals, drugs and pharmaceuticals, dairy, cement and ceramics, gems and jewellery. 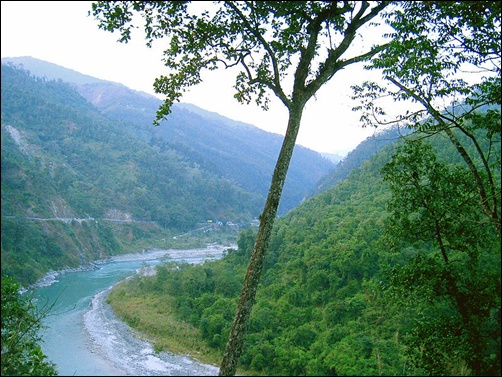 Image: A view of the Teesta River valley near Kalimpong.

West Bengal has the sixth largest economy in India. It is now the third fastest growing economy in the country.

The state capital, Kolkata is becoming a major hub for the Information technology (IT) industry. 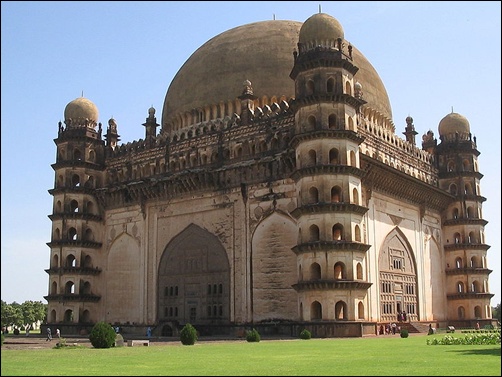 Karnataka recorded the highest growth rates in terms of GDP and per capita GDP in the last decade compared to other states.

Nearly 56 per cent of the workforce in Karnataka is engaged in agriculture and related activities.

Besides being an IT hub, Karnataka is the manufacturing hub for some of the largest public sector industries in India. 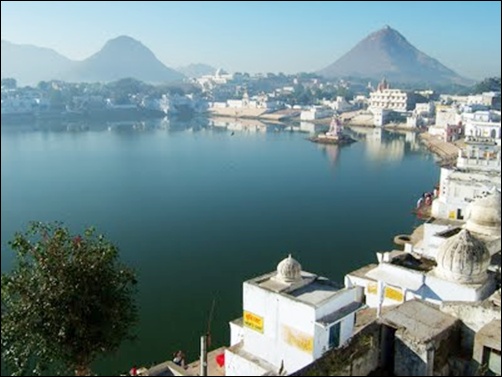 Rajasthan is also the biggest wool-producing state in India. 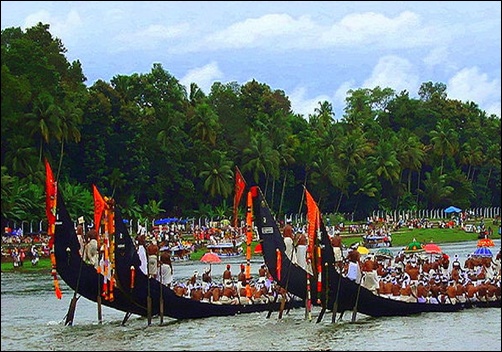 Kerala's economy depends remittance from people employed in foreign countries. The remittances annually contribute more than a fifth of GSDP.

Kerala is also a top tourist destination. National Geographic's Traveller magazine names Kerala as one of the 'ten paradises of the world'. 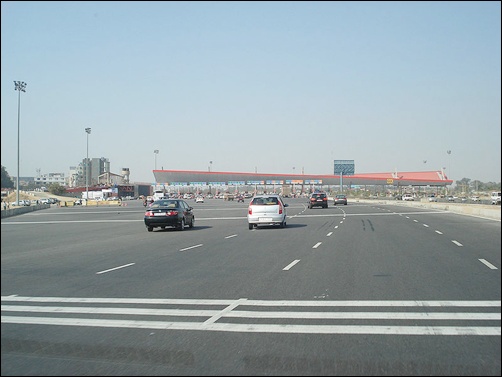 Haryana is one of the wealthiest states and has the third highest per capita income. It also has the largest number of rural millionaires in India.

Haryana is also one of the most economically developed regions in South Asia. Haryana is India's largest manufacturer of passenger cars, two-wheelers, and tractors.

Gurgaon has rapidly emerged as a major hub for the information technology and automobile industries. 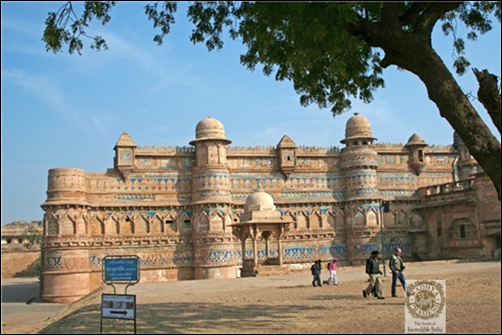 Madhya Pradesh is India's second largest state by area. According to Dun Bradstreet 'India 2020', Madhya Pradesh will be contributing significantly to economic growth of India. 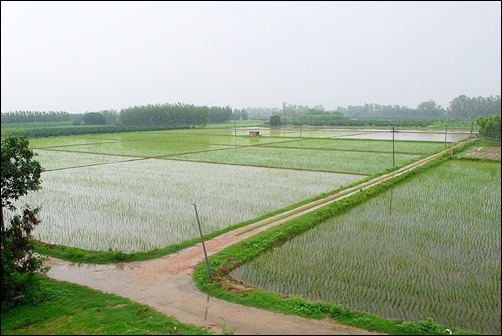 Image: A paddy field in Punjab.

Punjab also has the largest number of steel rolling mill plants in India. 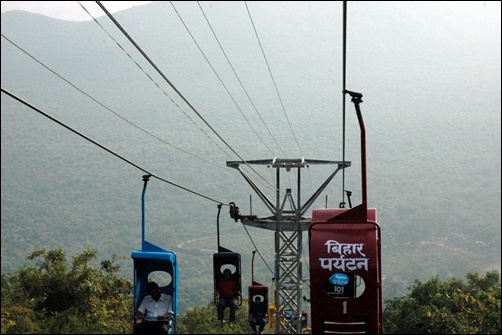 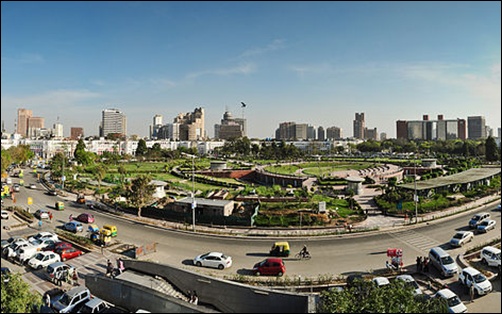 Delhi has India's largest and one of the fastest growing retail industries. Land prices are booming and Delhi is currently ranked the 7th most expensive office hotspot in the world. 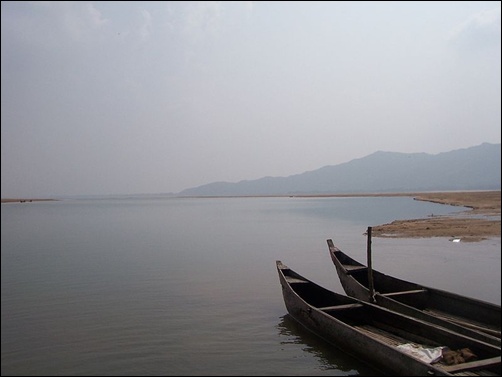 Orissa is the ninth largest state by area in India, and the eleventh largest by population. Orissa has abundant natural resources and a large coastline.

It contains a fifth of India's coal, a quarter of its iron ore, a third of its bauxite reserves and most of the chromite.

The state has received huge investments in steel, aluminium, power, refineries and ports. 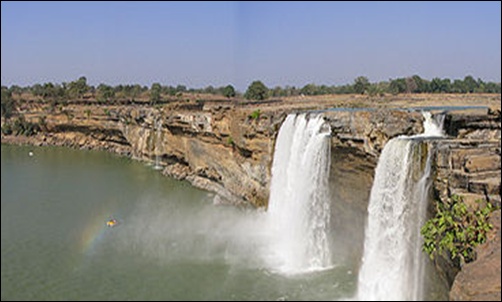 Chhattisgarh is the 10th-largest state in India. It is a major electrical power and steel producing state. Chhattisgarh produces 15 per cent of the steel made in the country.

The economy of Chhattisgarh has grown rapidly in recent years with an impressive growth rate of 11.49 per cent in GDP for 2009. 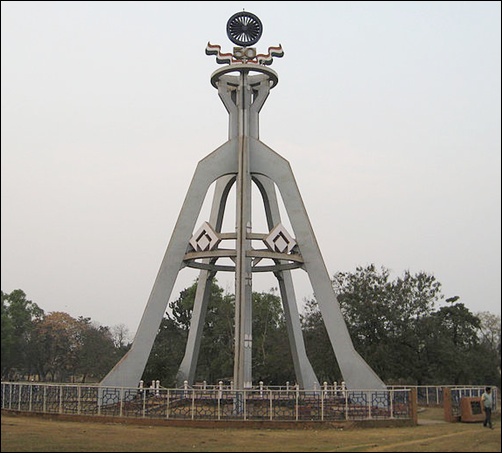 Jharkhand means 'The Land of Forests'. Jharkhand produces about 70 per cent of the output of the old Bihar state. Since it is rich in minerals, the state per capita income is likely to increase in the coming years.

Some of the most highly industrialised cities such as Jamshedpur, Ranchi, Bokaro Steel City and Dhanbad are in Jharkhand. 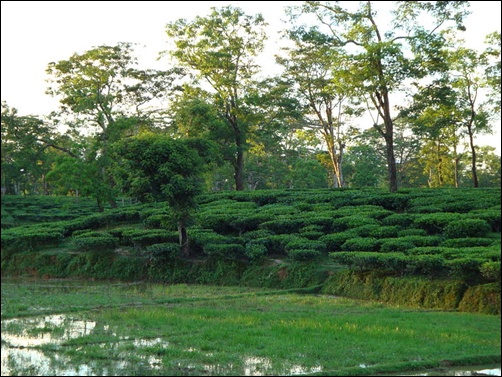 Image: A tea garden in Assam.

Assam is rich in natural resources, supplying up to 25 per cent of India's petroleum needs. Agriculture accounts for more than a third of Assam's income and employs 69 per cent of workforce. 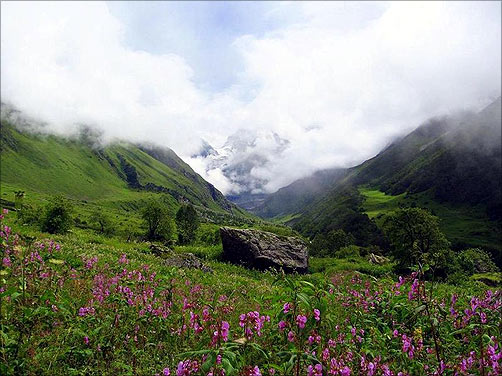 Uttarakhand produces about 12 per cent of the output of the old Uttar Pradesh state. 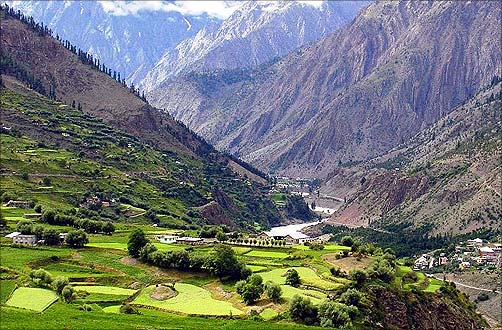 Agriculture contributes over 45 per cent to the net state domestic product in Himachal. The state is rich in hydroelectric resources and handicrafts.

The state is also the first state in India to achieve the goal of having a bank account for every family. 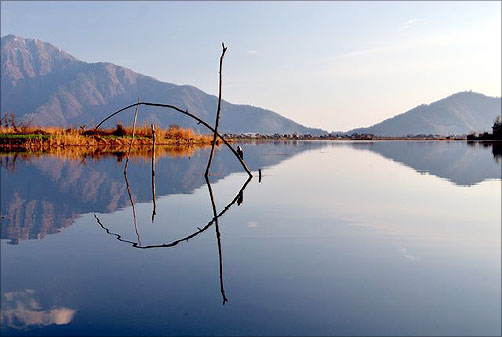 Jammu and Kashmir's economy is dependent on agriculture. The Kashmir valley is also known for its sericulture and cold-water fisheries. 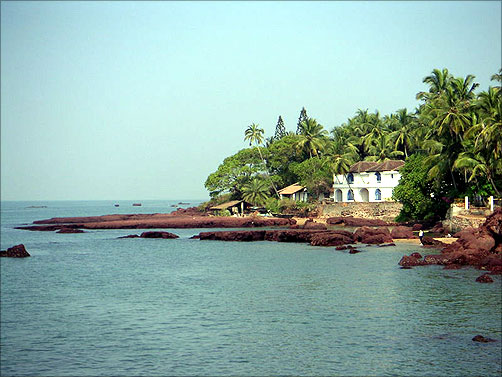 Goa is one of India's richest states with a GDP per capita two and a half times that of the country. It was ranked the best placed state by the Eleventh Finance Commission for its infrastructure and ranked on top for the best quality of life in India by the National Commission on Population based on the 12 Indicators.

Known for its pristine beaches and world heritage architecture, Goa scores high on the tourism charts. Goa coast is rich in minerals and ores and mining forms the second largest industry. 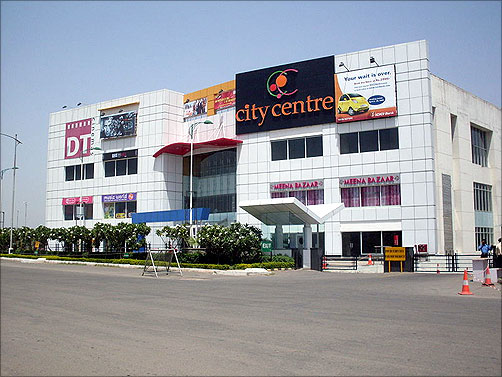 Chandigarh is a city and union territory that serves as the capital of two states, Punjab and Haryana.

The first planned city in India, as Le Corbusier is known internationally for its architecture and urban design. The city tops the list of Indian States and Union Territories with the highest per capita income in the country. 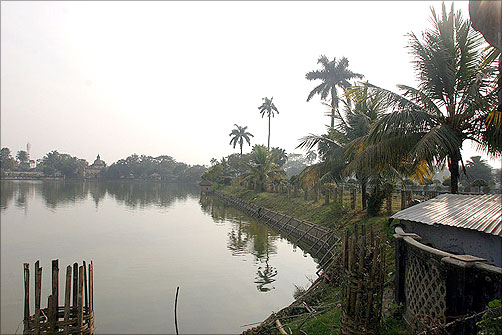 Agriculture and allied activities support Tripura's economy. Rice is the principal crop, followed by oilseed, pulses, potato, and sugarcane. Tea and rubber are the important cash crops of the state.

Tripura has been declared the second rubber capital of India after Kerala by the Indian Rubber Board. 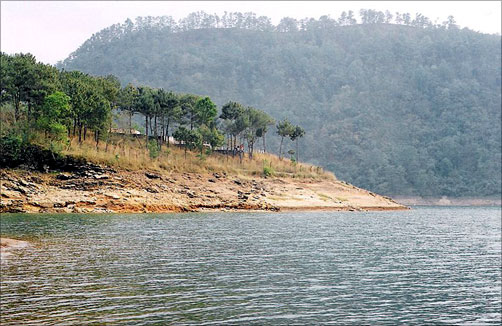 Meghalaya is predominantly an agrarian economy. The state has a rich base of natural resources. These include minerals such as coal, limestone, sillimanite, Kaolin and granite.

Meghalaya also has a large forest cover and rich biodiversity. The service sector is dominated by real estate and insurance companies.