Sign in  |  Create a Rediffmail account
Rediff.com  » Business » This is the biggest deal by an Indian company in 2012

This is the biggest deal by an Indian company in 2012 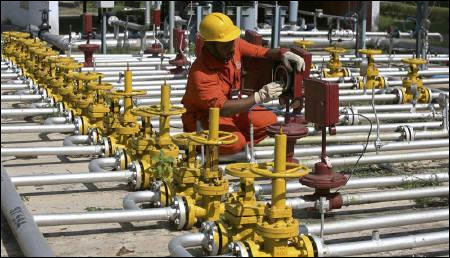 The stake buy in Kashagan field, which at present produces about 370,000 barrels day (18.5 million tons), is subject to approval of governments of Kazakhstan and India and and also to other partners in the Caspian Sea field waiving their pre-emption rights.

ONGC Videsh (OVL) and ConocoPhillips (COP), in separate but almost identical statements, said the transaction is expected to close in the first half of 2013.

This is the biggest deal by an Indian company this year.

The Indian firm will pay a base purchase price of $4.25 billion plus cash calls on 8.4 per cent share of the operating and development cost as well as interest, taking the total deal size to about $5 billion.

The field, where plans have already been made to ramp up output to 450,000 bpd (22.5 million tons a year), is operated by international consortium under the North Caspian Sea Production Sharing Agreement.

Italy's Eni, Royal Dutch Shell, France's Total, ExxonMobil and KazMunayGas have 16.81 per cent stake each while Inpex of Japan has the remaining 7.56 per cent. Industry sources said ExxonMobil and Shell are seeking bigger stakes in the Kashagan oil field and operating control before starting to expand the project.

OVL concluding the deal would depend on the two firms waiving their right of first refusal (ROFR) or pre-emption rights.
Tags: ONGC Videsh , Royal Dutch Shell , Caspian Sea , OVL , ExxonMobil
© Copyright 2022 PTI. All rights reserved. Republication or redistribution of PTI content, including by framing or similar means, is expressly prohibited without the prior written consent.
Print this
article