The 20 most powerful people in the corporate world 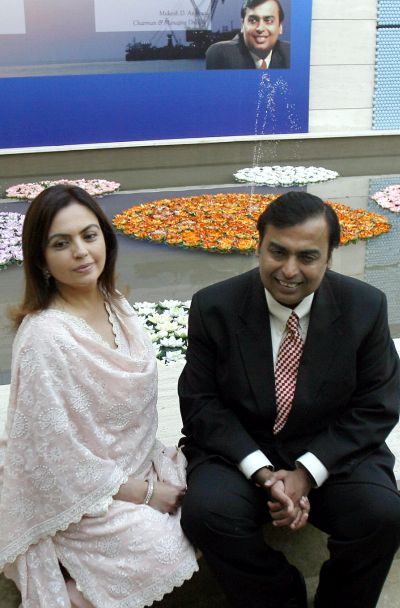 Two businesspersons from India, Mukesh Ambani and Lakshmi Mittal, are among the most powerful people in the world according to Forbes.

If you look at business personalities exclusively, Ambani ranks 20 and Mittal ranks 28.

Globally, Ambani is the 38th most powerful person and Mittal ranks 51.

Let’s look at the businesspersons featured in the Forbes list of the ‘Most Power People’ in the world.

Who is he: Reliance Industries Chairman

Mukesh Ambani is the 38 most powerful person in the world ranked behind Mexico’s President Enrique Pena Nieto. He is also the richest India with net worth of $21 billion.

He started his career in Reliance at a young age of 24, heading a slew of new initiatives.

Living up to the expectations of his father, Dhirubhai Ambani, he played a key role in Reliance's rapid expansion from textiles to polyester fibres, petrochemicals, petroleum refining and oil exploration.

He also led the creation of the world’s largest grassroots petroleum refinery at Jamnagar in Gujarat.

With a net worth of $21.5 billion, Mukesh Ambani is the world’s richest Indian. 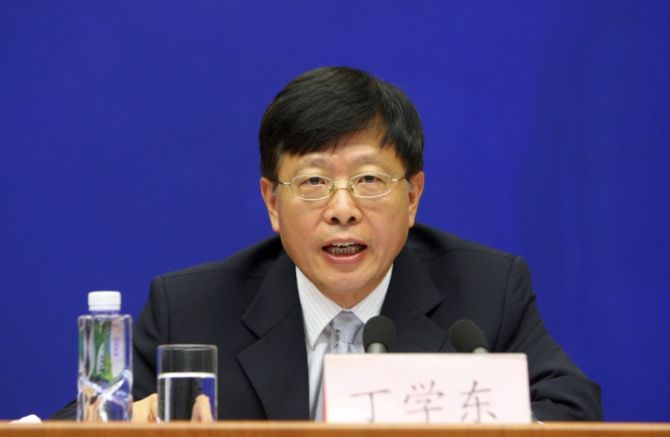 Who is he: China Investment Corp Chairman

Ding was appointed Chairman as one of the largest sovereign wealth fund this year. The fund has over $500 billion corpus. 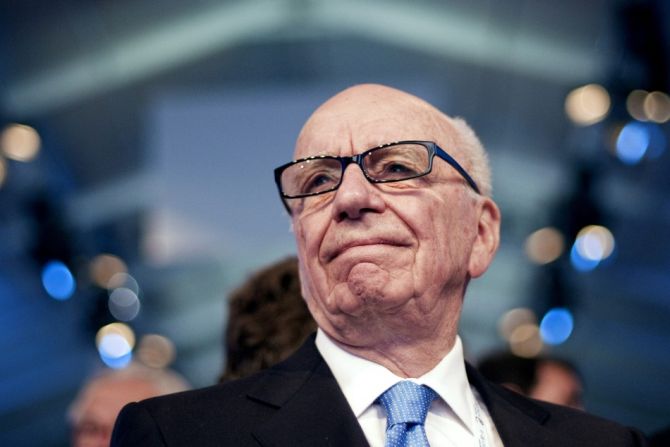 Who is he: Chairman and CEO of News Corp

The media baron got into the business after inheriting News Limited. He expanded the business over years and now his company is the world's second-largest media conglomerate. 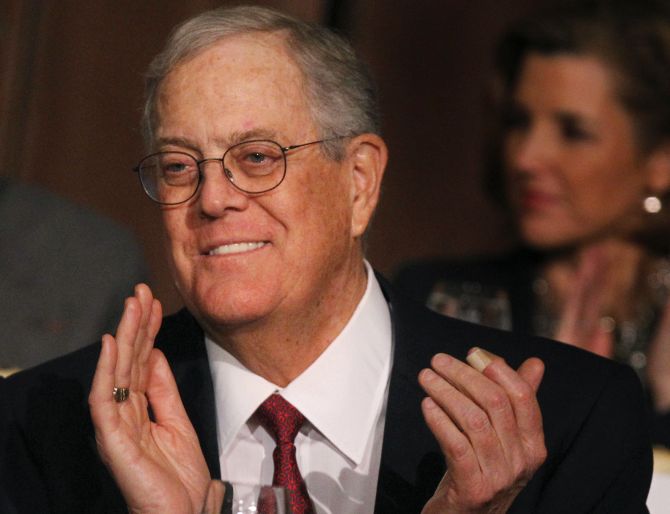 Who is he: Executive Vice President at Koch Industries

He holds the same rank as his brother, and is 31st most power person. Koch is the fourth richest person in America as of 2012, and the wealthiest resident of New York City as of 2013. 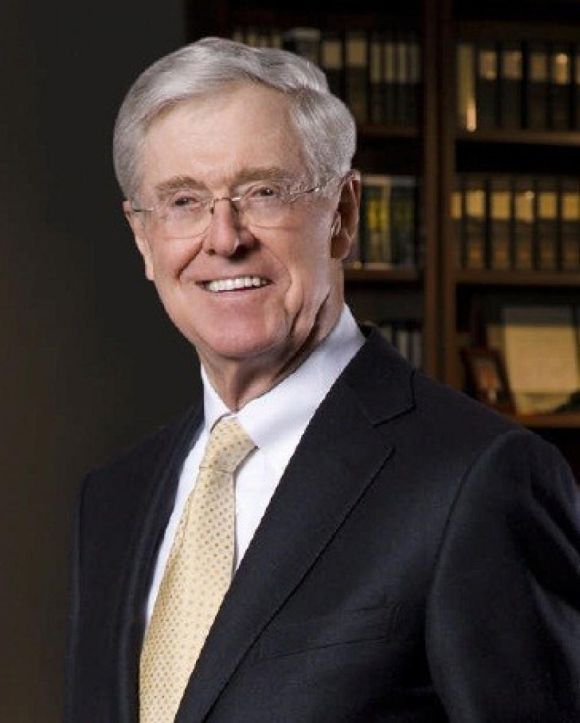 Who is he: Koch Industries CEO

Charles Koch is 31st most powerful person in the world. He is co-owner, chairman of the board, and chief executive officer of Koch Industries.

Charles Koch and his brother David Koch owns most shares of Koch Industries. They inherited the business from their father Fred Koch, and have since expanded the business to 2,600 times. 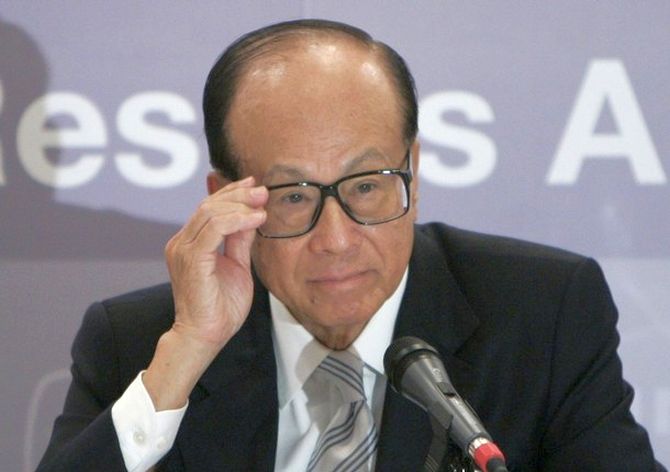 Who is he: Hutchison Whampoa Chairman

Li Ka-shing is 30th most powerful person and also the richest person in Asia. He started his career by manufacturing plastics and turned his company into a leading realty player. He later expanded his company futher by acquiring Hutchison Whampoa and Hongkong Electric Holdings Limited in 1979 and 1985 respectively.

Li is often referred to as "Superman" in Hong Kong because of his business prowess, according to Wikipedia. 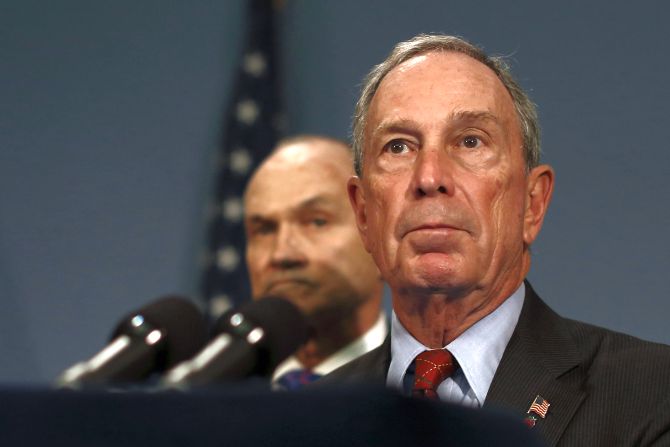 Who is he: Mayor of New York City and founder of Bloomberg

Michael Bloomberg is ranked as the 29th most powerful person behind India’s Prime Minister Manmohan Singh.

Bloomberg began his career at the securities brokerage Salomon Brothers before forming his company (Bloomberg) in 1981 and spending the next twenty years as its Chairman and CEO. 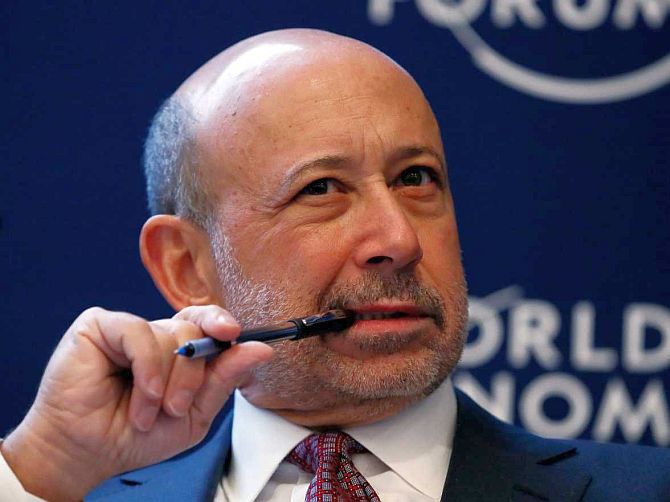 Who is he: Goldman Sachs Group CEO

Lloyd Blankfein is the 27th most powerful person in the world ranked after Israeli Prime Minister Benjamin Netanyahu. He was selected as the CEO in 2006. He has also been featured as the Person of the Year by the Financial Times. 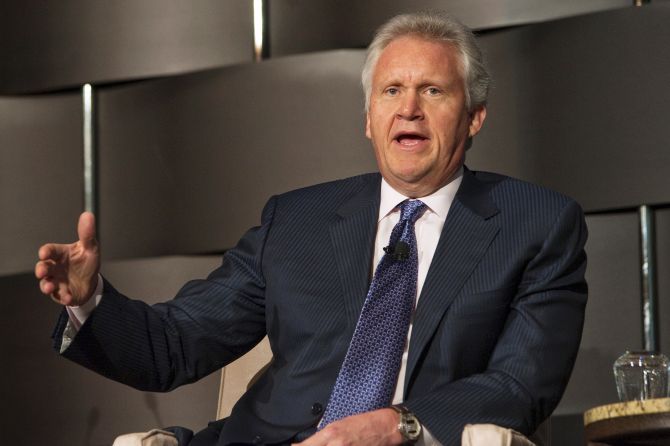 Who is he: General Electric CEO

Jeffrey Immelt is ranked as the 25th among the most powerful people globally. He became the CEO and chairman in 2000 after Jack Welch retired. He has been with the company since 1962. 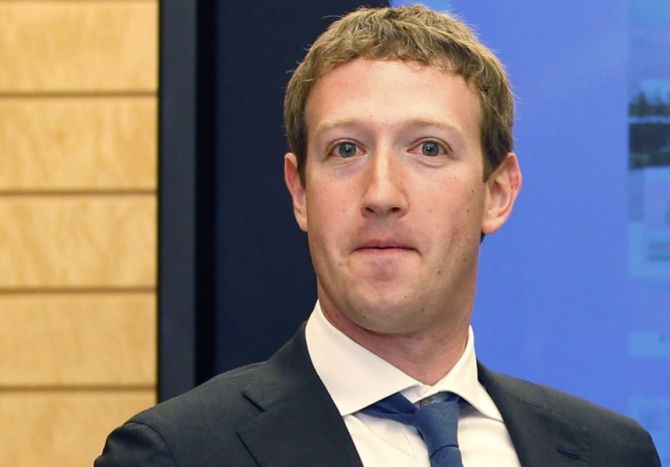 Who is he: Cofounder, Chairman and CEO of Facebook

Mark Zuckerberg is ranked below Ali Hoseini-Khamenei of Iran. He is the 24th most powerful person in the world.

Together with his college roommates and fellow HarvardUniversity students Zuckerberg launched Facebook from Harvard's dormitory rooms. 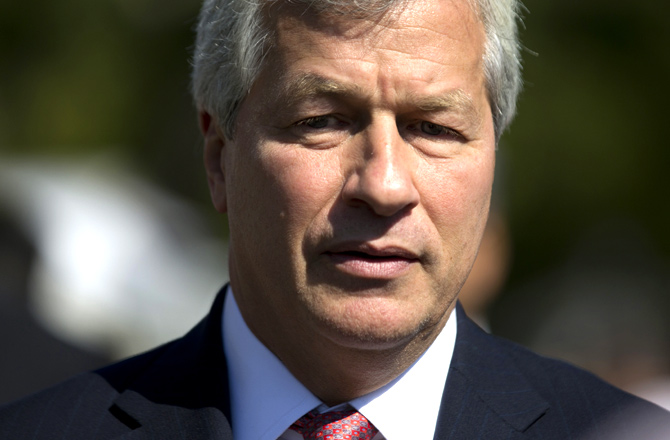 Who is he: JPMorgan Chase CEO

Jamie Dimon is ranked as the 22nd most power person after Brazil’s President Dilma Rousseff and Sonia Gandhi (President of Indian National Congress). He is also regularly featured as the most influential person in the world.

Dimon was the CEO of Bank One, US’ fifth largest bank. When JPMorgan Chase purchased Bank One in July 2004, Dimon became president and chief operating officer of the combined entity. He was named CEO in 2006. 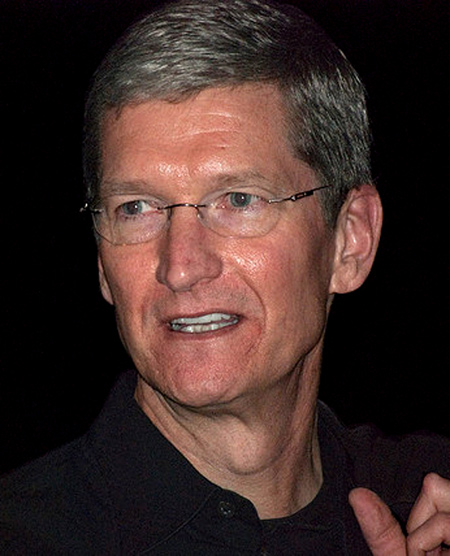 Who is he: Apple CEO

Timothy Cook is ranked as the 19 most powerful person, below France’s president Francois Hollande.

He succeeded Steve Jobs as Apple’s CEO in 2011. Earlier, he was the Senior Vice President and COO at the company and was in charge of the worldwide sales and operations. 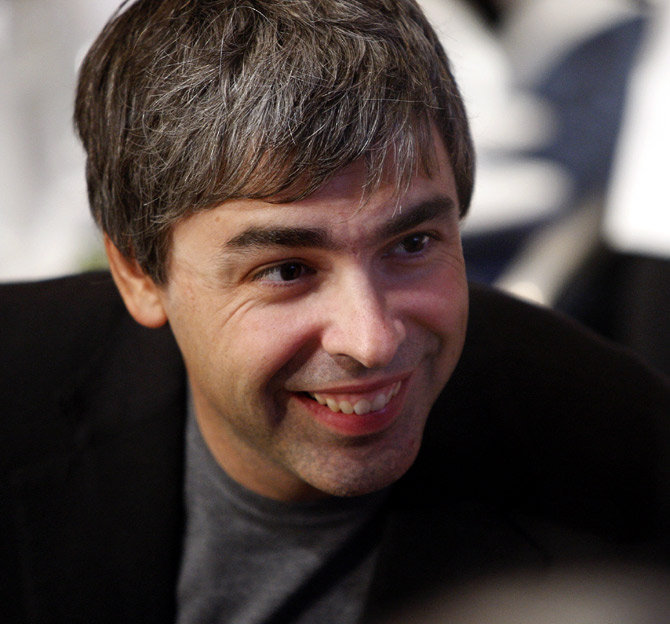 Who is he: Google CEO

Larry Page shares the rank with Sergey Brin, and is the 17th most powerful person in the world. Page succeeded Eric Schmidt as the CEO in 2011.

Page is the inventor of PageRank, the foundation of Google's search ranking algorithm, and he and Brin own approximately 16 per cent of Google's stock. 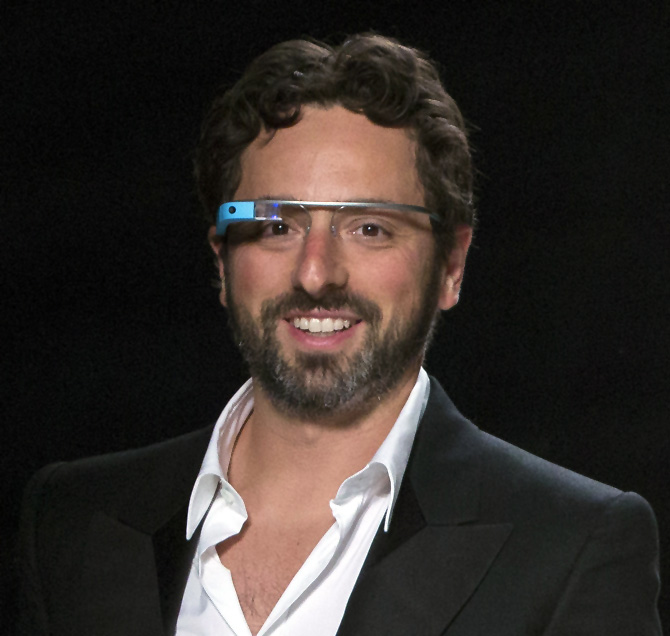 Who is he: Cofounder and Director of Special Projects, Google

The internet entrepreneur is the 17th most powerful person in the world. He co-founded Google along with Larry Page. According to Forbes his net worth is $24.4 billion. 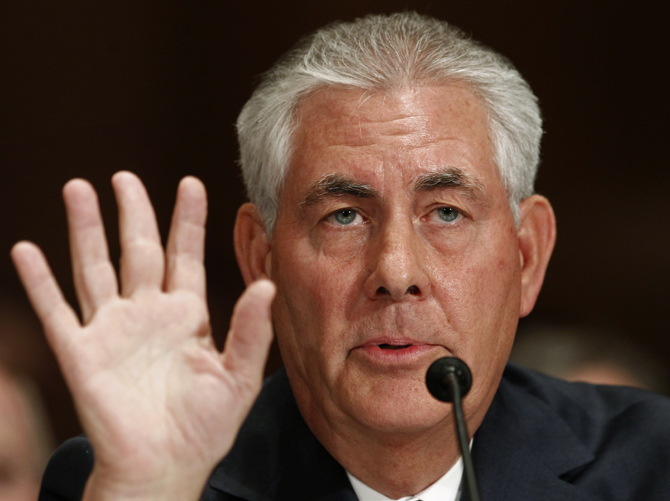 Who is he: Exxon Mobil CEO

Following Jeff Bezos is the global ranking of the most power people on the earth is Rex Tillerson.

Tillerson joined The Exxon Company, US, in 1975 as an engineer. He became the CEO in 2006 after holding various positions with the company domestically and internationally. 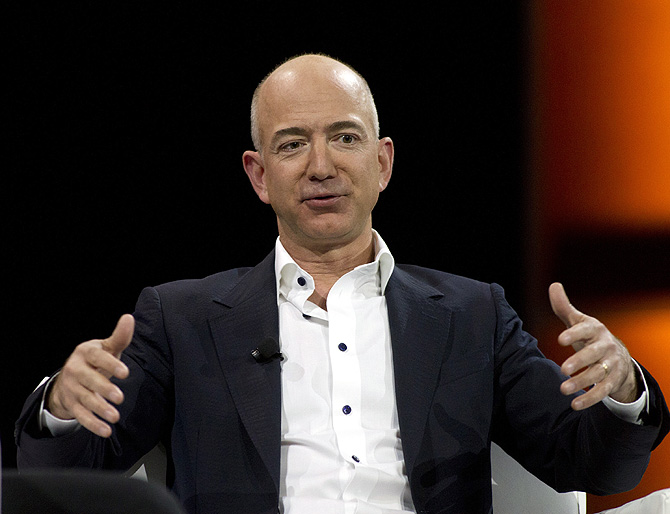 Who is he: Amazon.com CEO

The technology entrepreneur who started Amazon is the 15th most powerful person in the world. He is ranked right below Li Keqiang, Chinese Premier. 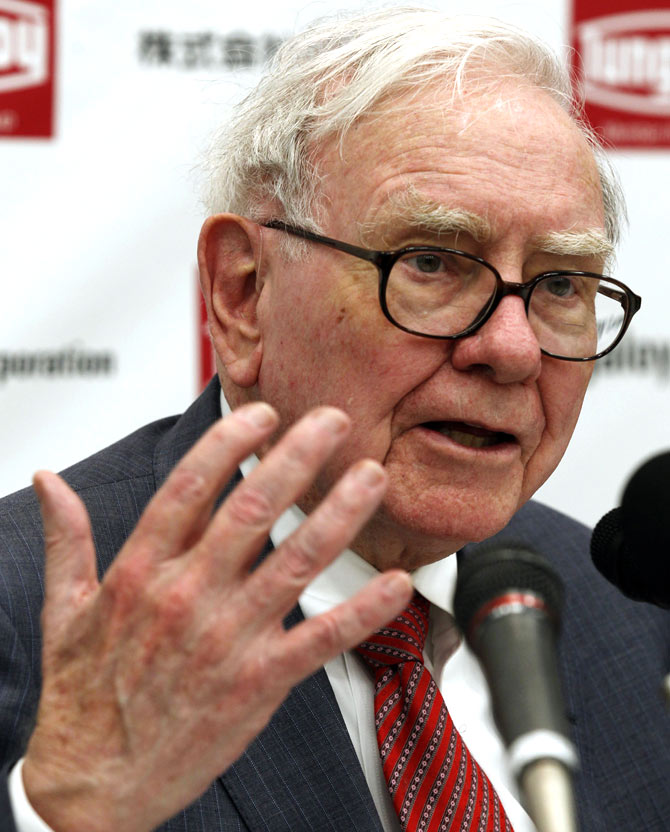 Who is he: He is Berkshire Hathaway CEO

The most successful investor of the 20th century, Warren Buffett is ranked as the 13th most powerful person in the world right after Carlos Slim.

He holds investment in many companies through his holding firm Berkshire Hathaway. Some of the companies include GEICO, General Re, National Indemnity Company, H. J. Heinz Company, American Express, The Coca-Cola Company, Procter & Gamble, IBM, and Goldman Sachs. 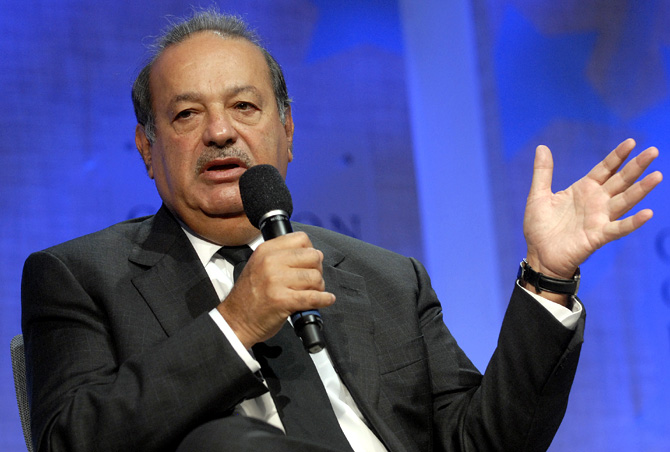 Who is he: Honorary Chairman of America Movil

Slim’s extensive holdings in a considerable number of Mexican companies through his conglomerate, Grupo Carso, SA de CV, have amassed interests in the fields of communications, technology, retailing, and finance, according to Wikipedia. 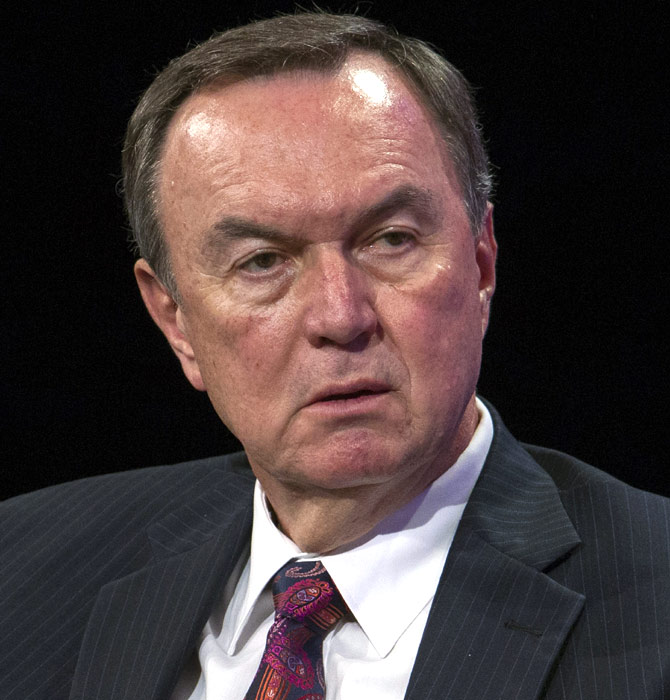 Who is he: Wal-Mart Stores CEO 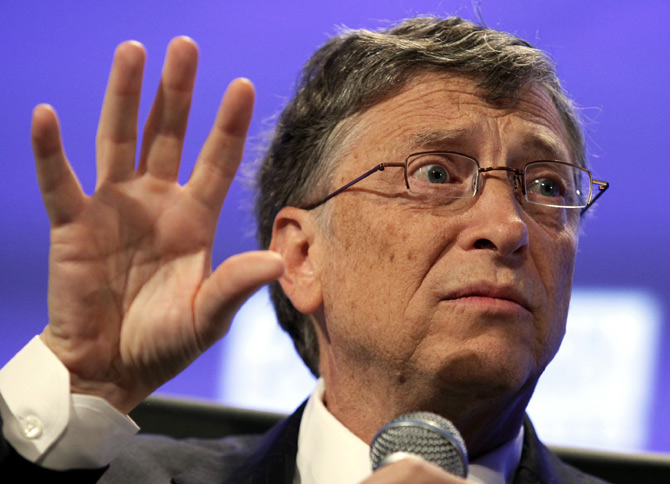 Who is he: Co-Chair at Bill & Melinda Gates Foundation and is also Chairman of Microsoft

Bill Gates is the sixth most powerful person in the world after personalities such as Angela Markel (Germany’s Chancellor), Pope Francis and Barack Obama. He co-founded Microsoft with Paul Allen.