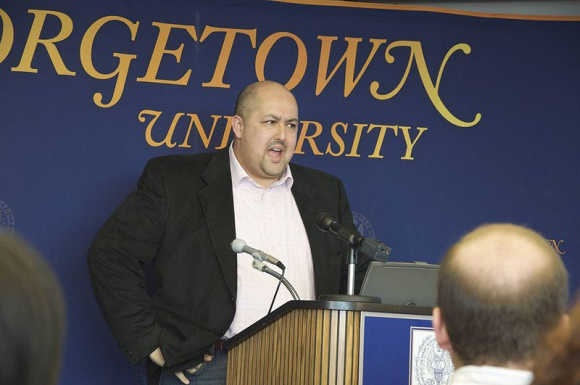 We need strong regulations to check what social-networking sites are sharing about us, says Siva Vaidhyanathan, Robertson Professor in Media Studies Chair, Department of Media Studies, University of Virginia.

Vaidhyanathan, who has written four books, including The Googlization of Everything - and Why We Should Worry, says we should never believe what Google delivers is the last word.

You have said that Google is great for shopping, but not for learning. Could you elaborate on that?

Google is increasingly personalising our search results. It is moving towards a system where our searches reflect what we have already revealed to it. So, if I have a certain set of hobbies, interests and preferred politics, Google collects all that from my interaction with it and overtime learns from that and makes sure that the results reinforce what I've already told it.

When it comes to consumer behaviour, for instance, finding the kind of music or movies I like, Google is very efficient. However, for complicated issues, the worst thing that can happen is reinforcement of views and beliefs.

For example, if I believe that Kashmir should be independent and have searched that topic on Google, it will again and again give me the same sources and nothing that contradicts that point.

That is what I meant when I said Google is great for shopping, but not for learning. 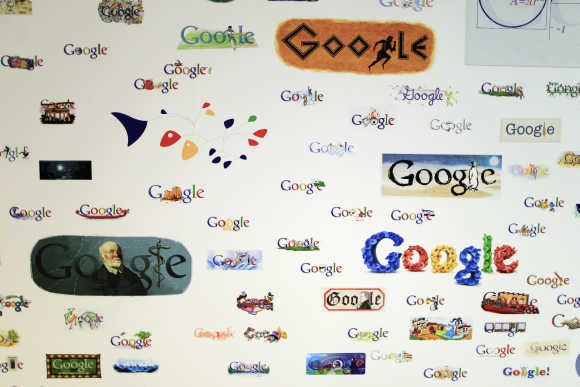 Then what's the best way to find different sources and opinions?

The best way to get the correct information is to go to library, ask experts and friends, use some other search engine and seek information out of your comfort zone. We should never believe what Google delivers is the last word.

There is a telecommunication company in India that claims in an ad that we don't have to go to a library because our mobile phones can access all the information. What's your view?

Your mobile phone is only as broad as your mobile-phone company wants. If you are going to surrender so much control to a company that runs the service then you are in big trouble. It's dangerous on two fronts. It's dangerous to all those who believe they can gain all that exposure through a corporation, a company that has its own interests, and it's also dangerous for the larger public. The larger public has to be aware of the importance of a library.

A library should be supported because it's a gathering place of people and minds. If you believe that a mobile phone serves the purpose of a library then you are unlikely to support a physical library.

Another point to remember is that the majority of people don't have smartphones, so they don't have access to the kind of date those with smartphones have. 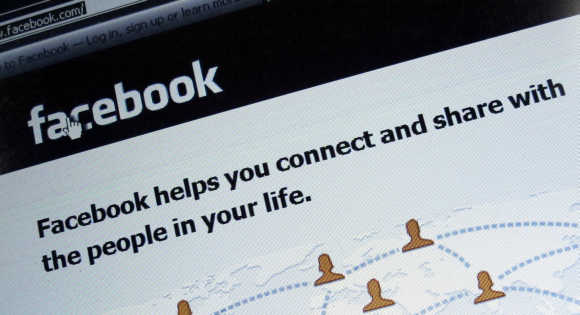 With social-networking sites having so much information about us, lack of privacy has become a major issue. Do you think websites, such as Facebook, are addressing these issues the way they should?

These sites have a strong incentive to take as much information from us and use it as many ways as they can think of. The incentives for Facebook and Google are all in for maximum exploitation of our private information because they use this information to target advertisements.

Governments around the world, including India and the United States, are taking steps to monitor online activities and, according to free-speech advocates, curb freedom. Are we moving towards a more controlled Internet?

Very much. Not only controlled Internet but also fractured Internet. So, if in India, there are strong government restrictions on what you can experience on the Internet, but there are no such restrictions in the US, then your experience will be very different from an American's experience. This is a big problem. Another problem is unpredictability. 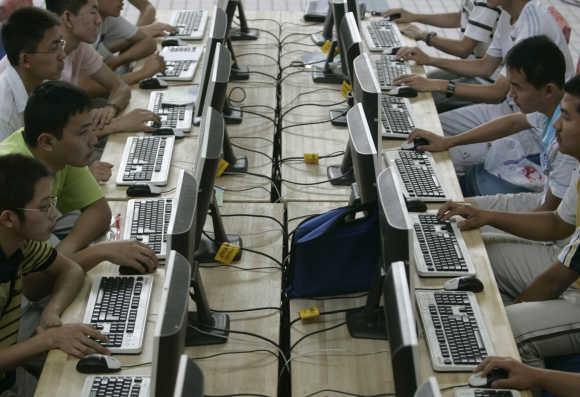 In a strong democracy, we should be able to criticise the government. In a democratic country like India or Turkey, governments are trying to restrict Internet and that's a dangerous idea because overtime, it will become difficult to protest against the government and that would be dangerous in a democracy. I understand why China or Pakistan want to censor Internet, but I don't understand why India or Turkey want to censor Internet.

To bypass this censorship many are using tools like proxy servers and strong encryption. Do you think that's the way forward?

They are already doing that in China, but it's a minority group, people who understand technology and are familiar with it. When you send people into underground channels, it undermines trust in the government and limits the ability to converse publicly.

By using these channels, a small band of people can talk to other activists, but it feeds paranoia, trouble-making behaviour and not necessarily brings debate out in the public or an honest discussion. Again, I can understand why people use proxy servers or strong encryption in a country like China, but it will be tragic if it happens in India.

India has such a strong tradition of political dissent, satire and comedy and we shouldn't let the fear of these new technologies destroy that tradition. 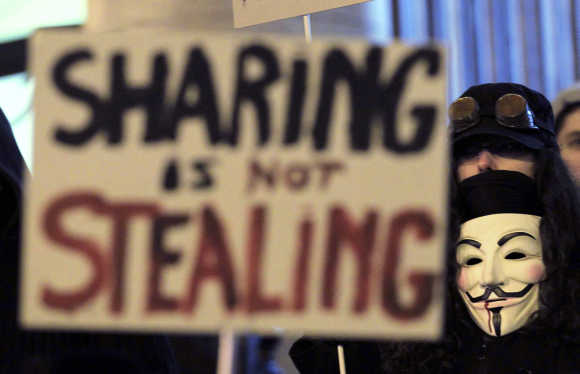 There are some companies, such as The Diaspora Project and Calyx Institute, a new Internet service provider, that are trying to provide a more privacy-friendly environment, but they are struggling to gain a strong foothold. Why are they finding it difficult to crack the market?

It's very difficult for new companies to challenge the dominance of Google or Facebook because these companies are already established, have so many users and have so much data accumulated from many years of use.

For an advertiser to approach Facebook makes sense because it can tell the advertiser that it will reach the right customer. A new company might get users, people who take privacy seriously might use it, but getting advertisers is really difficult.

The United States is seeing an attempt by the government and powerful lobbyists to pass acts, such as Stop Online Privacy Act and Cyber Intelligence Sharing and Protection Act, which activists say will muzzle Internet freedom. Will the government succeed in passing these acts?

Not long ago I used to think that all these pieces of legislation had such strong support by corporations and the government that there was nothing the rest of us could do, but the recent uprising against Sopa was very inspirational. We have reached a point where there is great awareness, so now I'm very optimistic that enough people care about freedom of the Internet to make it an important issue. 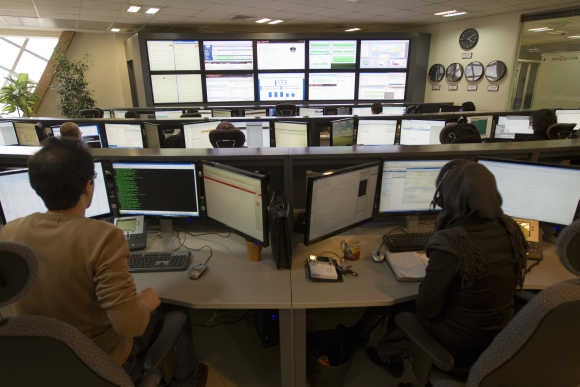 There are some who say Facebook and Twitter played a big part in the Arab Spring, while others say the role of social-networking sites was overhyped. Where do you stand on that?

So, majority of Egyptians wouldn't have even heard of the issues on the Internet. The only people who use Twitter in Egypt are political activists and those who have connections outside the country. The Egyptians used Twitter to tell the outside world what was going on inside the country.

This is also true of Tunisia and Iran in 2009, Bahrain in 2011 and Syria in 2011 and 2012. It's very difficult to use Twitter to organise protest as it's easier for governments to monitor it. If you want to get arrested and tortured then by all means use Twitter.

On the other hand, Facebook played a different role in Egypt and Tunisia. Facebook was a meeting place of activists, these activists are educated, have connections overseas and are technologically skilled, and they used Facebook to communicate with other university educated youths.

Two things really mattered in both Tunisia and Egypt. First was Al Jazeera. It made sure that everybody in the Arab world knew everything that was going on. It was very difficult for governments to close down Al Jazeera.

Second was text messaging. When it came time to get people to the square, when it came time to alert people about police raids, tortures, etcetera, text messaging was the most important technology tool. But even then the government shut down text messaging and Internet for days, especially in Egypt. But the protests only grew because by that time people used whatever tools they could, even spreading the messages through piece of papers and word of mouth.