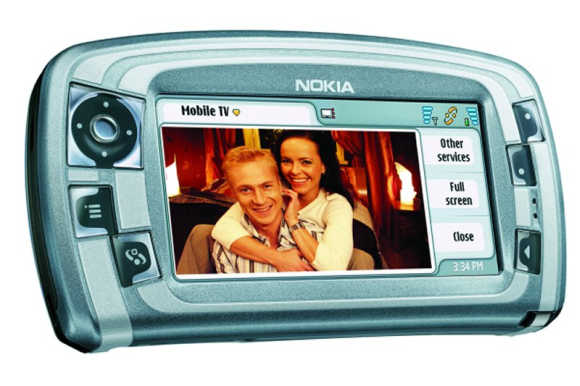 Image: Digital entertainment is slowly but surely finding its footing among young Indians.
Priyanka Joshi and Shivani Shinde in Mumbai

Watching videos, streamed TV content and cricket matches on his hand-held device has been a routine for Akshay Kirloskar, a Mumbai-based caterer and restaurateur.

"I started consuming videos because they were free. I have to pay for the data, but since I don't have a laptop handy all the time, my mobile phone doubles up as my TV during a working day," reasons Kirloskar.

Digital entertainment is slowly but surely finding its footing among young Indians.

Mobile TV is a technology that allows people to view regular live television content on their mobile phones or other mobile devices (tablet PCs, etc) that they get through traditional cable or pay TV subscriptions at home.

IAMAI suggests that in September 2011, there were about 46 million mobile users who would access Internet using their mobile phones (with 15 per cent growth quarter-on-quarter). 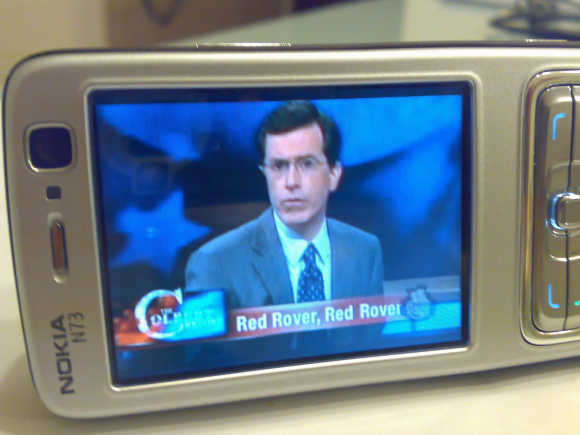 Image: Young audiences are looking for an online experience.

Another Ernst and Young report on Indian media and entertainment industry claims that young audiences are increasingly looking for an online experience that complements traditional TV programming, including exclusive video and gaming content and social media that they can consume at their convenience.

Ditto TV, which has 21 channels, including channels from Multi Screen Media (Sony Entertainment Television), TV Today Network, BBC, and Zee, plans to offer up to 50 channels.

Vishal Malhotra, business head (New Media) at Zee says, "We are aiming to get 1 million subscribers (includes subscribers from international markets) for Ditto TV in 2012, and this is an aggressive target since ours is a premium content."

Ditto TV will offer access on subscription bases. It has come out with monthly subscription packages that start at Rs 49. 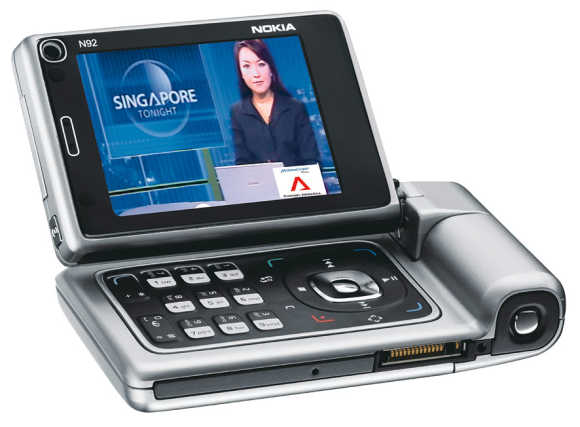 Image: Zenga TV is one of the earliest entrant in this segment.

Ditto TV has partnered with Siemens Communication and Media Technology to develop a strong technology platform that ensures an optimal feed on the basis of the available bandwidth strength, allowing users to select the feed based on their data connection which includes 3G, Wi-Fi and fixed line broadband connections.

Soumen Choudhury, business head, Big Digital, says, "The content needs to be light (less than 200 MB's) for easy streaming on data network. And with an upsurge of handsets supporting video download and streaming, we expect the usage base to increase in the future."

Other than Zee and Reliance Broadcast Network, some of the other prominent players include Zenga TV, Mundu TV, Apalya Mobi TV among others.

Zenga TV, perhaps one of the earliest entrant in this segment, has a base of seven million users.

"We started working on our mobile TV platform as early as 2006, but we launched it only in 2009 and we were the first company to bag the first IPL mobile rights. We took IPL to 140 countries. As we have grown, we have brought in changes in our technology. The first year we had half-a-million users, and at present we have seven million users," says Shabir Momin, CEO, Zenga TV. 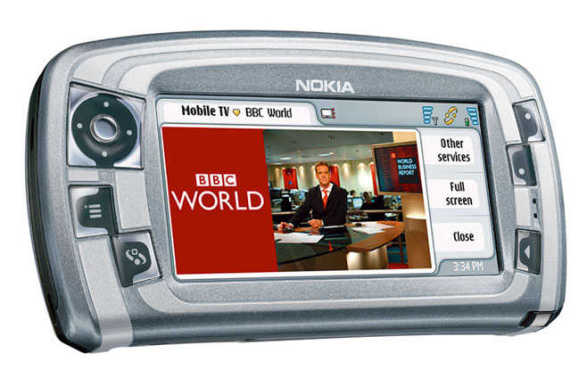 Momin says though the largest user base for mobile TV content is the youth, maximum usage is coming from tier II and III cities.

Zenga TV, which offers free usage, gives access to over 100 channels and has a movie library of 10,000 titles.

Momin agrees that the uptake of the mobile TV has been a tad slow, but he feels that it was more due to the huge 3G price points and the business model that favoured the telcos.

"We do not work with telecom players. Ours is a direct-to-consumer business model. Our biggest revenue contributor is from handset manufacturers. Followed by content resale and then advertisement. We embed our applications into the handsets; this also makes it easy for the user to use our application," says Momin.

He says that usage of mobile TV will only increase. For Zenga, he expects to clock 300-400 per cent growth rate over the next few years, "From 7 million we see our user base growing to 20 million by the end of FY13."

But things were not this rosy. When Star TV launched its mobile TV offering four to five years back, it had to face tough competition from telecom players, say industry experts.

But now even telecom providers are realising that if they intend to get more revenue from data, they need to move away from the prevalent revenue model that makes them corner higher share. 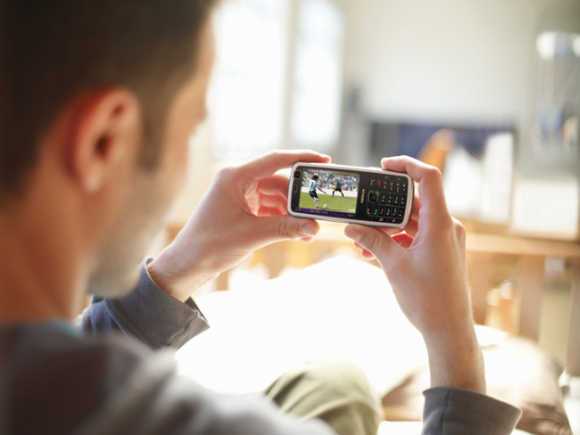 Image: With telco as partners, the revenue split ratio is 70:30.

"We have started having conversation with telecom providers, where they have shown willingness to share data revenue. Among all the telecom providers the total base of users accessing video would be about 0.5-1 million.

"On the other hand, players like us have been able to get users, who in turn are using the telcos network. They realise the potential in this segment," says Momin.

Vamshi Reddy, Founder and Director of Apalya believes that it is just a matter of time before mobile TV would see adoption.

"There were hurdles, network quality was not good, 3G pricing was expensive. But I think all that is changing now. If you look at the data usage patterns of the last one year, almost 30 per cent of the users accessing data is on 3G. While 2.5G is also improving. So, for Apalya this means we see our growth to double over the next two to three years," says Reddy.

Apalya that had last year the exclusive mobile right of IPL saw 2 million users accessing it through handsets.

Reddy also believes that with telcos focusing on increasing revenue from data, telecom operators are ready to even change the revenue model.

With telco as partners, the revenue split ratio is 70:30. 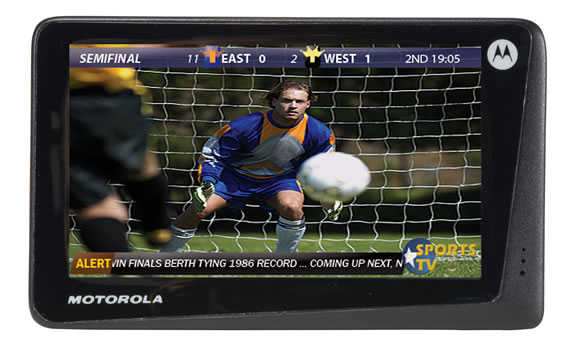 Image: Mobile TV is set for another facelift.

With mobile video on demand booming - India has now over 200 million video views a month on mobile with average duration of clips viewed between 1 and 3 mins.

UTV has a mobile video on demand service on Airtel and Idea networks. Realising the viewing patterns of its consumers, UTV creates original video content specifically for mobile platform and continues to invest in the same.

With the emergence of tablet PCs that promises to offer a richer viewing experience, mobile TV is set for another facelift.

Features that allow users to access supplementary information such as plot synopses and actor biographies on the mobile platform are in the offing.

Zenga TV has recently experimented with a 24x7 reality show that was exclusively launched for the mobile platform. With IPL set to kick-start its fifth season, mobile users will perhaps have a better access to content.

But more importantly, with the 4G services expected to roll-out sometimes in the later half of this year, players are gearing up with better content and offerings for the user.