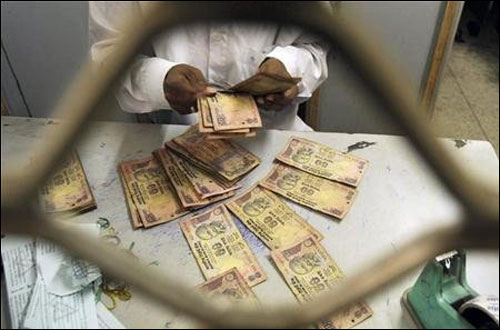 After discontinuing tax-saving bonds last Budget, the finance ministry might now draw the curtains on tax-free bonds, designed to encourage long-term investments in the infrastructure sector. The interest earned on such bonds by an investor is exempt from income tax.

The Central Board of Direct Taxes (CBDT) was considering discontinuing these bonds in the coming Union Budget, as these had not served the desired purpose, an official told Business Standard.

"The tax break is not helping much. It is causing loss of revenue to the tax department," said the official. He, however, added that no final decision had been taken, since it would become even more difficult to get people to invest in bonds if the tax benefit was taken away.

Another concern for the ministry is that the bonds are primarily helping high net worth individuals, not the retail ones. Besides, these are only for state-run companies and the private sector does not benefit.

In Budget 2012-13, the government had discontinued tax-saving bonds, in which the invested amount (up to Rs 20,000) was allowed for deduction from the total taxable income but the interest earned on this amount was taxed. As a result, few private companies floated tax-saving bonds last year.

State-run companies issuing tax-free bonds this year were expecting investors to subscribe to the issues in the absence of tax-saving bonds. However, lower interest rates and modest broker commissions appeared to have cast a shadow on investors' response.

Retail individual investors, qualified institutional buyers, corporate and high net worth individuals are eligible to subscribe to tax-free bonds with tenures of 10-15 years.