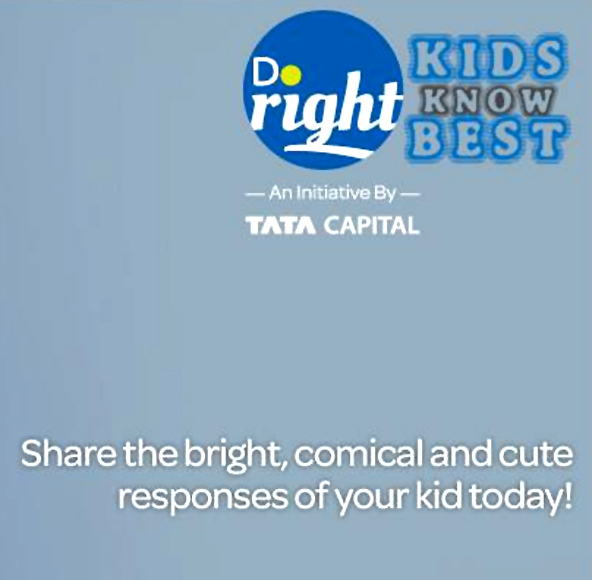 Tata Capital, financial services arm of the Tata group has launched the ‘Do Right’ initiative, a campaign aimed at inspiring and inculcating the ‘right’ values in children from a young age.

The company aims to get parents and other adults to influence children by doing the right things so that good values are instilled in children.

The campaign will include the launch of the Tata Capital Signature Song, whose lyrics have been written by the legendary poet, lyricist and director, Gulzar.

The music has been composed and performed by the musical trio of Shankar Mahadevan, Ehsaan Noorani and Loy Mendonsa.

The video furthers the cause of the campaign by encouraging people to ‘do right’.

Short, select clips of this music video will also run as unique TV commercials, which will act as the main platform for all the initiatives under the ‘Do Right’ campaign.

The campaign will also be supported by Radio, Social Media and other digital marketing activities.

Speaking about the launch of this campaign,  Praveen Kadle, MD & CEO, Tata Capital Limited said “Tata Capital has followed its brand promise of ‘We only do what’s right for you’ right from inception and the ‘Do Right’ campaign is a natural extension of this promise. We believe that by instilling the right values in children at a young age by leading by example, we can truly point them in the right direction and bring about an overall, long-lasting positive change in society.”